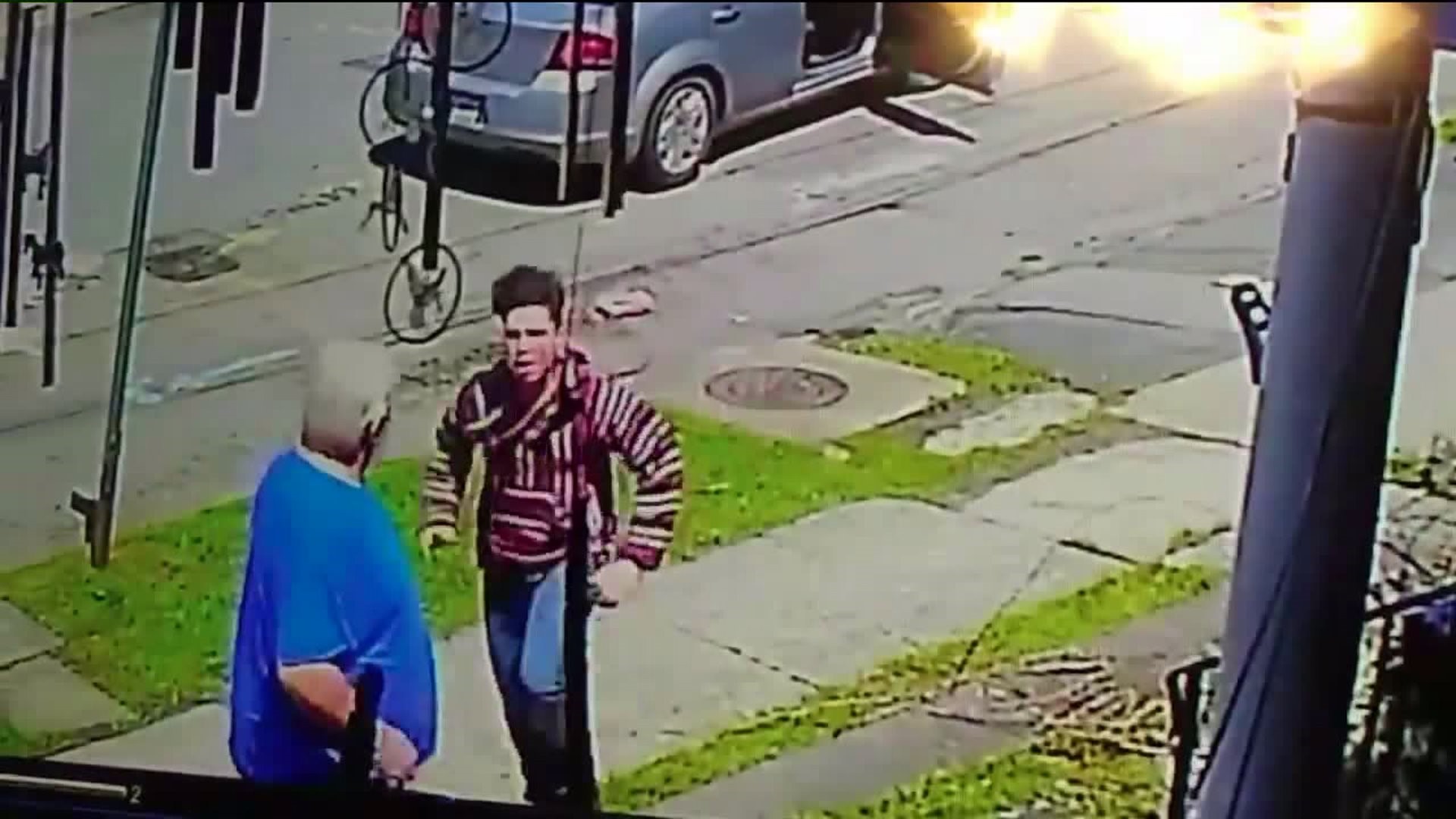 UPDATE: Ramone Sanabria, 18, of Scranton, surrendered Thursday morning. He is awaiting arraignment on a charge of simple assault

SCRANTON, Pa. -- Police are on the lookout for three juveniles after disturbing surveillance video shows an elderly disabled man being shoved to the ground. Investigators say the attack stemmed from a dispute over a parking spot.

According to authorities, the 71-year-old man asked the juveniles to move the car out of his handicapped spot. Surveillance cameras caught what happened next. A juvenile jumped out of a moving car and shoved the man to the ground.

Police in Scranton say the man just asked how long the three juveniles inside the car would be in his handicapped parking spot.

"I was furious. I was completely shocked that a younger male attacked an older gentleman like that," Brady said.

The man's family say he hit a concrete stand as he fell to the ground, knocking him unconscious for 10 minutes.

"He hit his head. He scraped his elbow. He cut his hand. He was unconscious when he hit him. The kid leaned over and was like yelling something in the video," Brady added.

Now, officers in Scranton are trying to track down those three juveniles while the man recovers at home.

"He has back surgeries done. He has bad knees. There was no need for any of this," Brady said.

Police say the three juveniles could face charges of simple assault and harassment.

Anyone with information is asked to call Scranton police.