6th Avenue Bridge: “Closer Than We’ve Ever Been”

CARBONDALE — The story of the 6th Avenue Bridge is so old, many Carbondaliens don’t even remember how the story started. Most of the staff at Beer G... 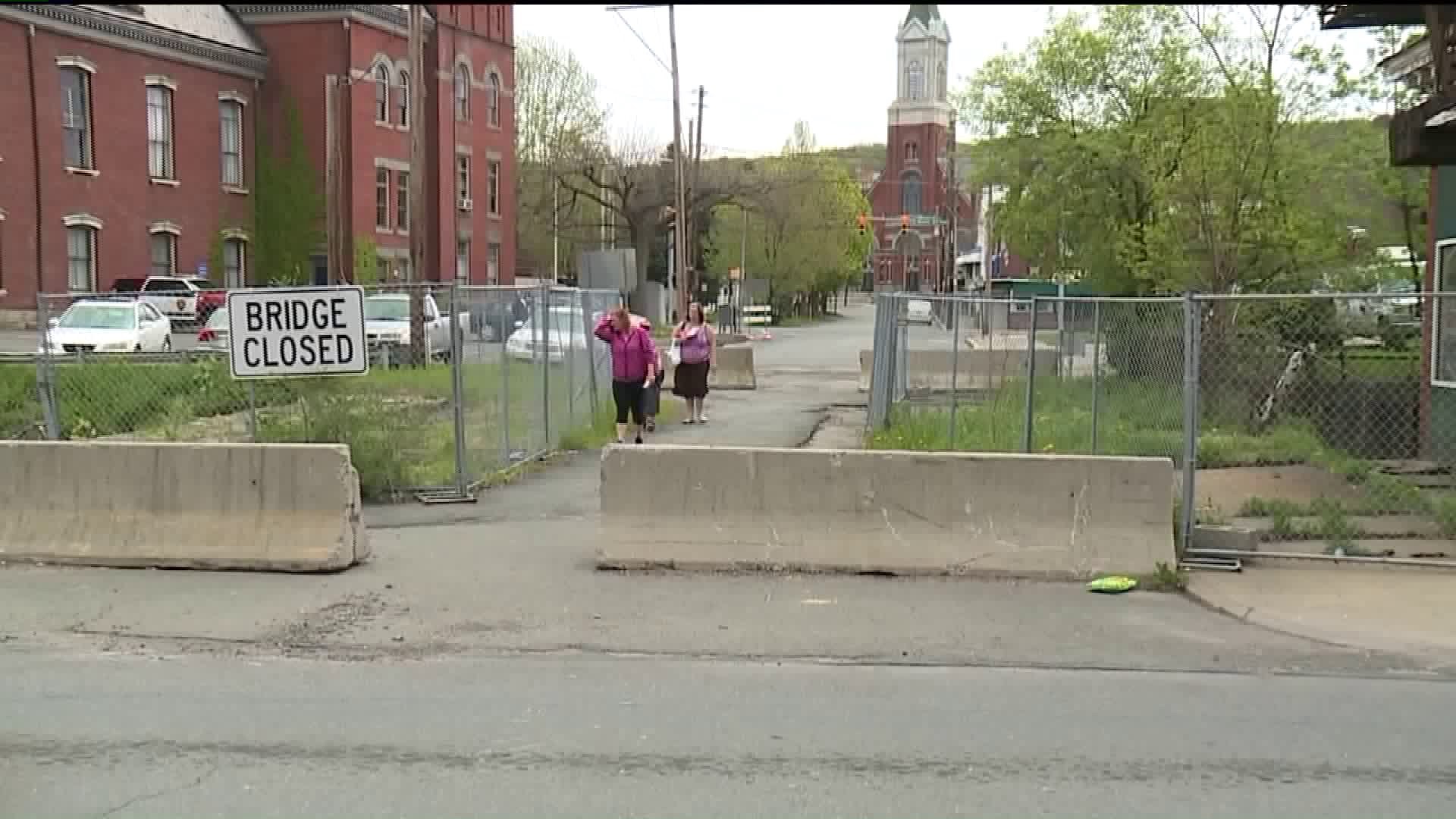 CARBONDALE -- The story of the 6th Avenue Bridge is so old, many Carbondaliens don't even remember how the story started.

Most of the staff at Beer Guy Pizza, one block from 6th Avenue, couldn't remember why or when the bridge over the Lackawanna River closed in the first place, but they were happy to hear the bridge might be replaced by 2019.

"Makes me feel good," said Jason Selemba. "That bridge is old and it needs to be reconstructed. It's also going to boost sales; we'll have more traffic coming into our location."

The bridge has been closed to cars since 2006 after flooding damaged it.

Mayor Justin Taylor says layers and layers of red tape delayed work, but after a final Department of Environmental Protection study is completed this summer, the project can go to bid by November.

"I can't sit here and not say it's a question of, do you really need it at this point? It's been closed permanently since 2006, closed a little bit before that, however, it is at the apex of our public safety services," said Mayor Taylor.

The Carbondale fire and police departments and are directly next to the bridge. They have to go over a block to get to the city's west side.

The mayor and folks in Carbondale we spoke to agree that while they're excited a new bridge will be built, they're almost as excited that a building will be torn down.

Demolition of the old Chellino Hotel is part of the bridge replacement project.

"The city is part owner in that, and it's one of the worst buildings in downtown. It will be a relief to get that off of our plate and out of our eyesight," said the mayor.

"Yes, it will look nicer," said Carbondale resident Thomas Moore. "This is not good. We have weeds growing up, these fences aren't very nice, this actual road is pretty awful."

Moore is one of the many people who use the 6th Avenue Bridge for its only current purpose -- walking. He says he won't mind when the construction comes in.