LACKAWANNA COUNTY, Pa. — A summer camp is underway this week at Marywood University teaching children the skills for what it takes to become a Pennsylvani... 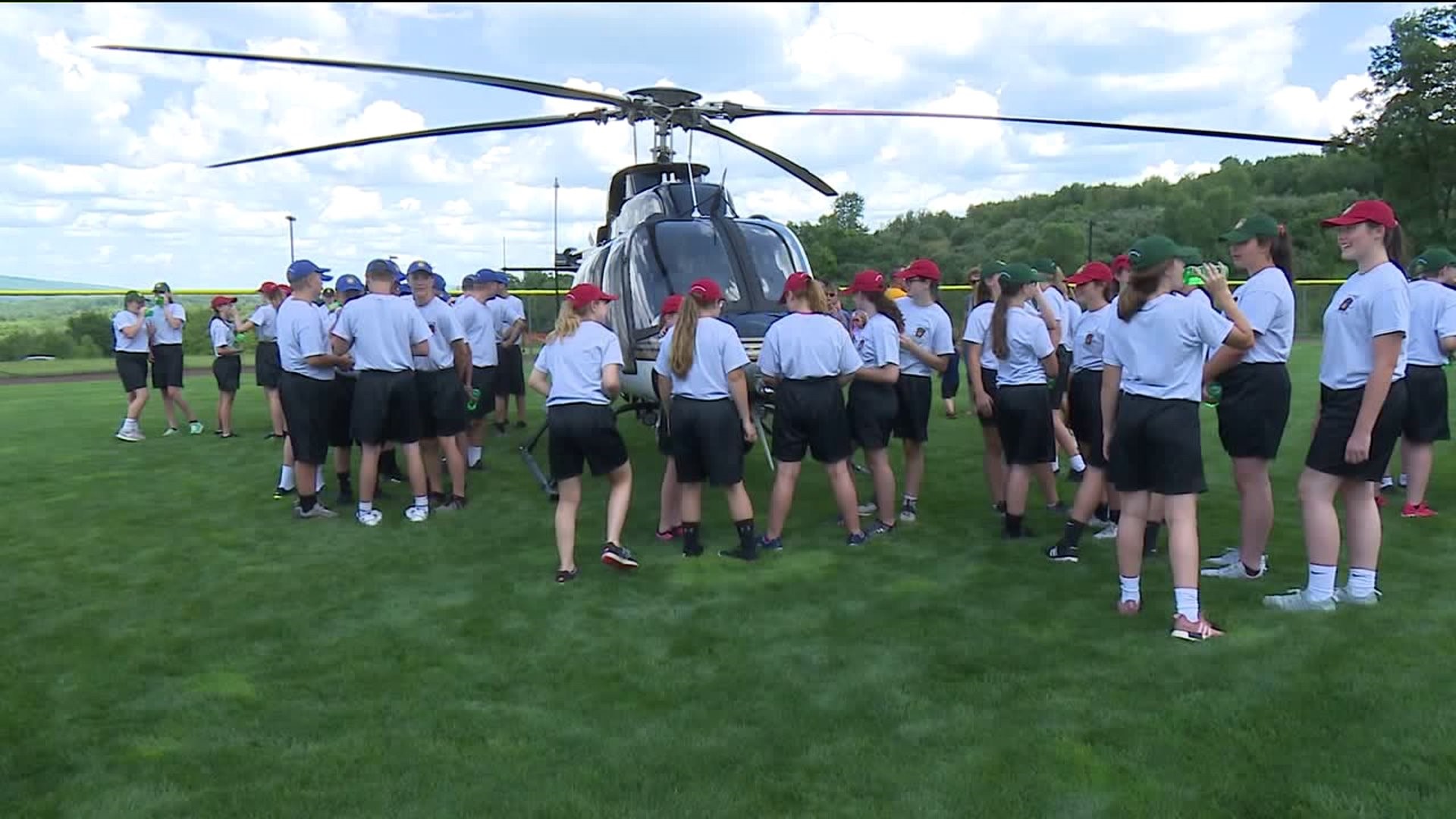 LACKAWANNA COUNTY, Pa. -- A summer camp is underway this week at Marywood University teaching children the skills for what it takes to become a Pennsylvania State Trooper.

Marching as a unit, Camp Cadet Troop R participants made their way to their activities for the day.

For the last 32 years, the Pennsylvania State Police has hosted campers from Lackawanna, Pike, Susquehanna, and Wayne counties aging from 13 to 15 years old to learn about what it's like to train as a state trooper.

"We teach a lot of teamwork. We use a lot of exercises. We have an obstacle course that we have set up that teaches them to work together to accomplish a task. Not only does that help them through the camp, it helps them throughout life," said Trooper Bob Urban.

"They've been great people to look up to, to see what you're expected to be like and it's a lot to live up to," said Liam Yost from Matamoras.

For six days, campers learn about teamwork, discipline, and respect. Many of these kids want a future in law enforcement or the military and Camp Cadet is one of the best ways for them to get a glimpse into that life.

"My father was a state trooper and he's always pushed me. I want to someday go to the United States Military Academy, so I thought this would be great training for that," said Morgan Seamon from Scranton.

But it wasn't all physical and mental work on this day. The cadets got a special visit from the state police helicopter, giving them a chance to take a break and learn about an important tool used in law enforcement.

This year's camp had more than 230 applicants -- more than any other year. More impressive is the number of girls who signed up and are attending this week.

"230 is very impressive and what's even more impressive is this year we have a total of 80 cadets that are there and almost half of them are female," said Tpr. Urban.

"You get such a good learning experience out of it. And for a girl being in this, it gives you more courage to take part of many activities for them," said Alexandra Osborn.

Camp Cadet is designed for these kids to become more resilient but it's also a chance to bond and make new friends, while they learn to work together.