SCRANTON, Pa. — It wouldn’t be the holiday season in Scranton unless jolly old Saint Nick visited downtown and like the night before Christmas the p... 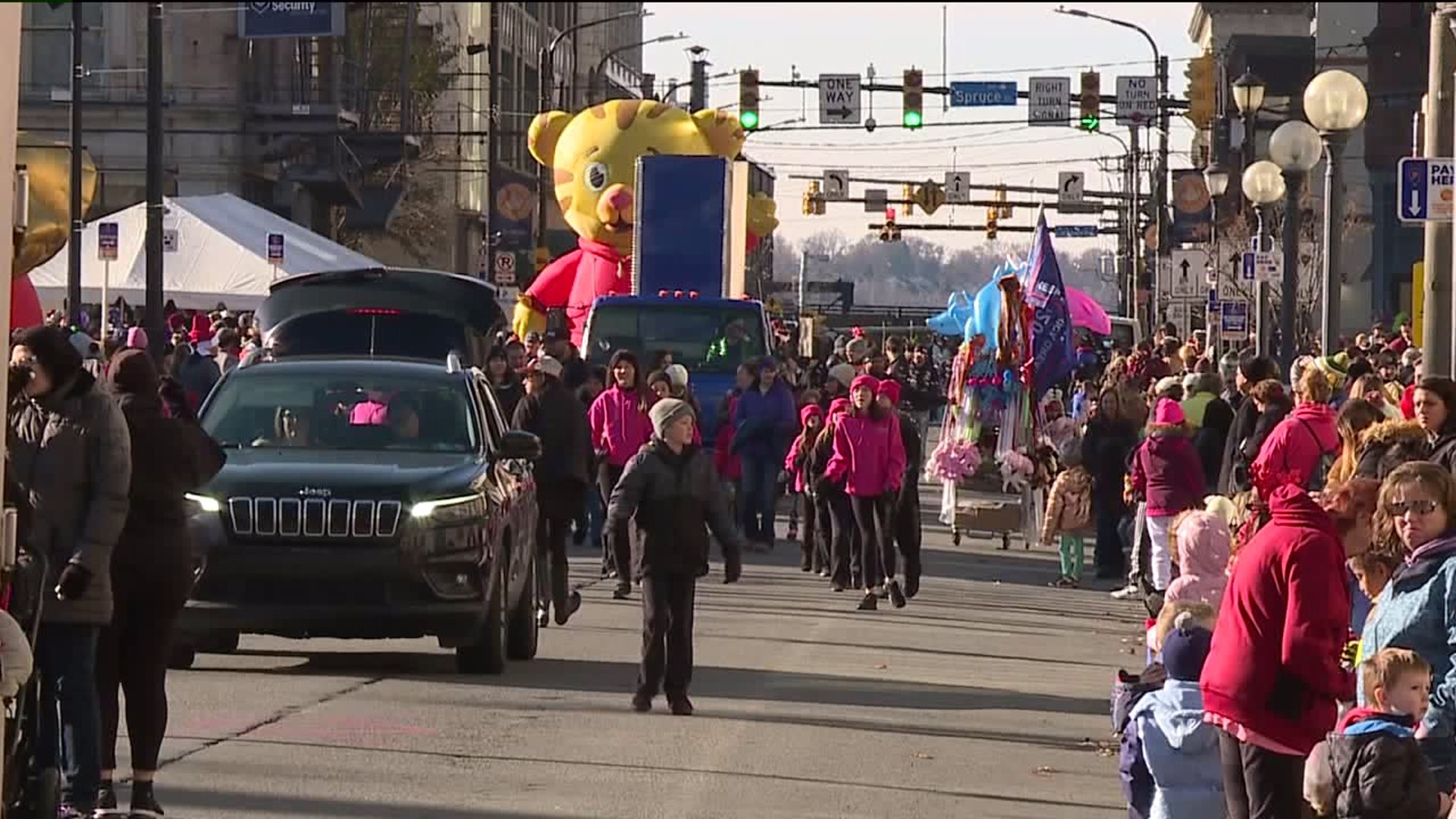 SCRANTON, Pa. -- It wouldn't be the holiday season in Scranton unless jolly old Saint Nick visited downtown and like the night before Christmas the parade began almost as quiet as a mouse.

Two blocks into the parade route performers dialed down the noise.

As while they passed the Scranton Times Building the area was a designated sensory-friendly area so those sensitive to loud noise could enjoy the event.

Once floats passed this sign, they could once again crank up the Christmas cheer.

"It's a family tradition. We make it to the Santa parade no matter what rain shine snow freezing weather we come prepared," said Chelsea Omego, Scranton.

Many Scrantonians like Chelsea Omedo came out to watch their little ones enjoy the same things they enjoyed about the parade years ago Omedo says her sons also have some of their own favorites like.

"We're here with good friends and family. We like it cause it's just a perfect day, sunshine lots of candy great people," said Colleen Winters, Lake Winola.

And while sideliners were collecting goodies and waiting for Santa, performers say there's no shortage of smiles and applause for them.

Before he let kids pitch their Christmas wishes, Santa Claus himself let our news crew take a little spin on is his sleigh.

"And how have the kids of Scranton behaved this year? Good, there's a couple I've got to keep an eye on but for the most party very very good," said Santa Claus, north pole.

Now after 27 years of making an appearance at the Santa parade Santa says some kids still doubt his existence and for them, he has one message.

"I have a little friend who's not too sure about me. Now Jeremy, believe," said Santa.