25 Teachers to Lose Positions in Scranton

SCRANTON, Pa. — The union for teachers in the Scranton School District says a total of 25 teachers will be out of jobs this fall. Earlier this month, teac... 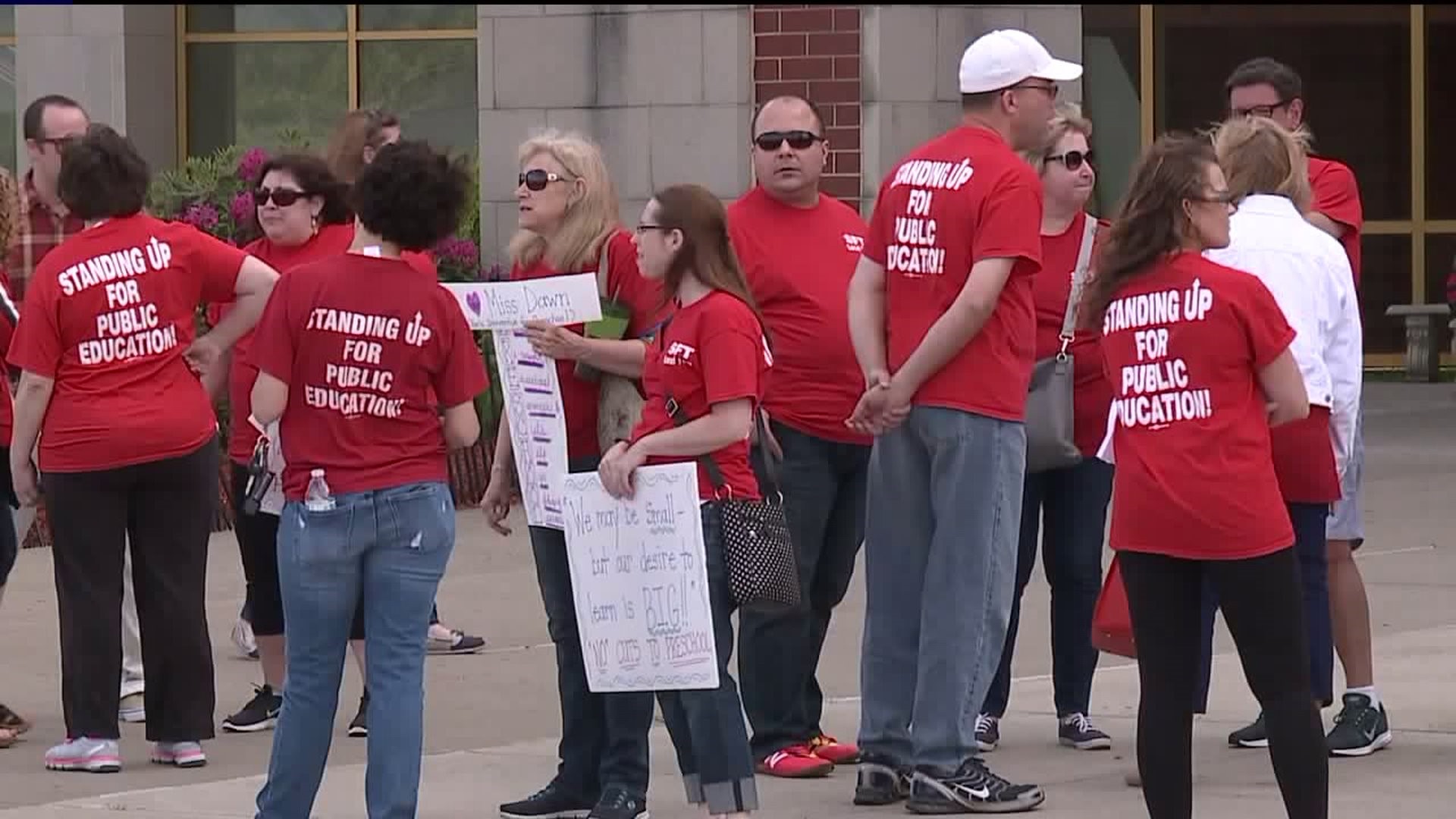 SCRANTON, Pa. -- The union for teachers in the Scranton School District says a total of 25 teachers will be out of jobs this fall.

Earlier this month, teachers rallied before a school board meeting demanding to know who would and would not have jobs after 99 teachers received letters saying they may lose their jobs.

Some teachers in the Scranton School District began learning this week that they will not have a job when school returns in the fall.

The number of layoffs in the Scranton School District is smaller than originally thought. The teachers' union says 99 teachers were warned they could lose their jobs earlier this year. Now it appears 25 teachers won't be back in the fall.

Teachers say the layoffs will leave a big impact.

Just a few days into summer vacation, a group of Scranton teachers spent the day inside the union office on Wyoming Avenue waiting for phone calls from laid-off teachers.

Earlier this year, 99 Scranton teachers learned they might lose their jobs.

Boland says 25 teachers are now expected to lose their jobs that includes all of the district's librarians, and some art, music, and gym teachers.

"It's been a very, very rough year in my building. we've had a good portion of my staff lived the year on edge," said third grade teacher Pat Festa.

Pat Festa's job is safe. He's worked at McNichols Plaza School in south Scranton for 21 years. He says going back in the fall without a library program will be devastating.

"We're not being dramatic when we say, for many of our children, and the children that I teach personally, it is the only opportunity that they have to get a book and read, and if that's not our mission, then I don't know what is," said Festa.

Scranton School District officials have not said how much money the 25 layoffs will save the district.

"They're not saving anything, they're causing mass chaos," Boland said.

We reached out to the district superintendent Alexis Kirijan who says that she plans to go over the details of the layoff plan with the school board at a meeting on Monday.