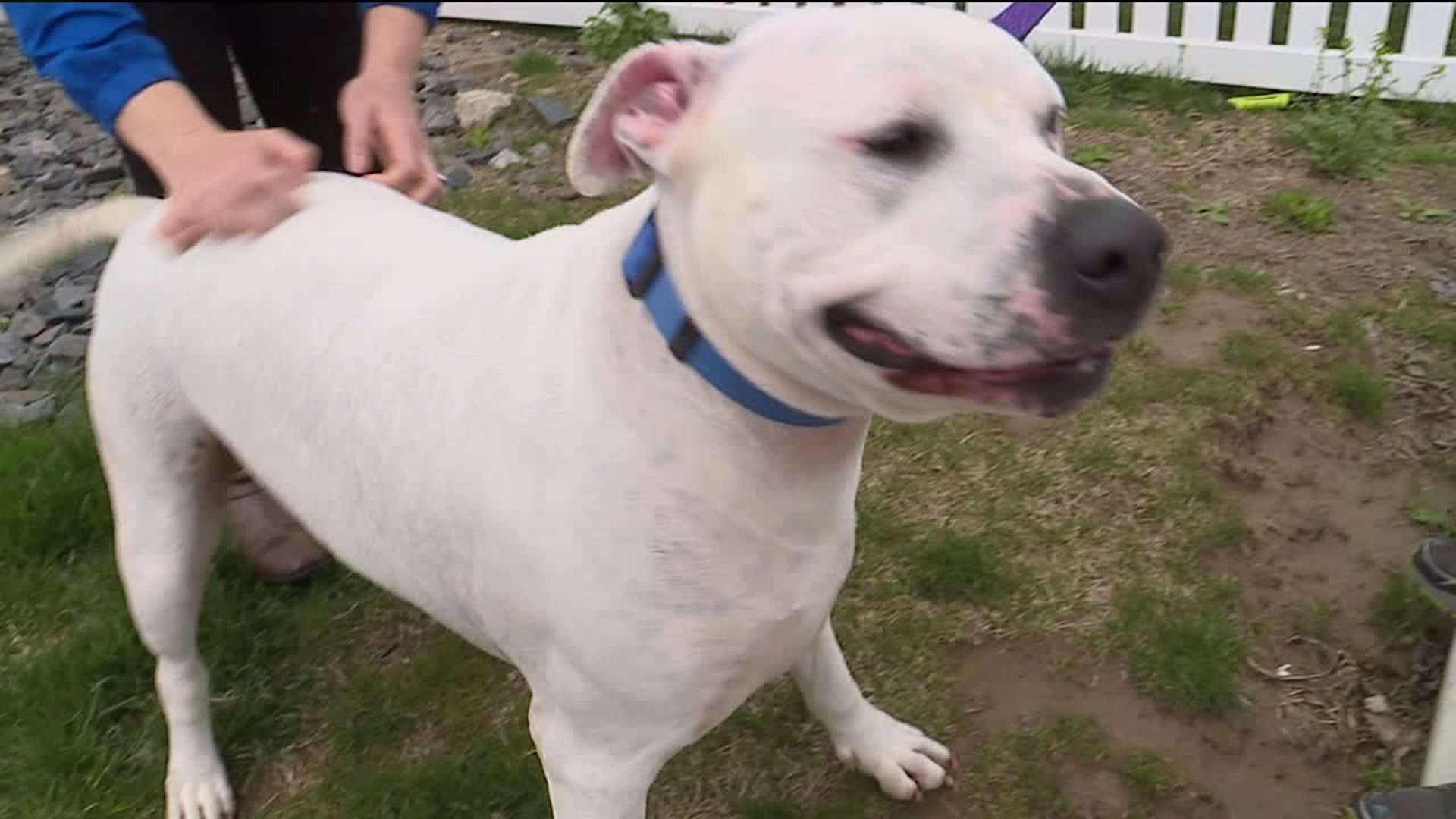 Coco came in as a stray back in February and hasn't received any interest.

"He's really just a sweet dog with everybody he meets," said shelter worker Jeff Polanin. He's a perfect gentleman on the leash. He just doesn't get along with other dogs right now."

Workers believe he keeps getting overlooked because he has to be the only dog in his future home.

"I don't know if it's the dog thing, because usually people who want another dog for their companion, or if it's his coloring or his breed. He's just getting overlooked here and we're trying to find him the best home."

Shelter workers say he may look tough, but he's far from it.

"We take him in the run, he just walks around. He doesn't necessarily want to play fetch, he just wants to be with you."

Coco is a sweet guy, who keeps getting passed by, time and time again. Workers hope someone sees this story and changes his fate.

"He's just a really sweet guy," Polanin added. "I trust him with everybody that we have come up here, I hand him to volunteers to walk, he's great with walking when there are not other dogs around. He's very friendly, just wants attention, loves to be pet. He's just a great dog."