Labor Day weekend on the lake

There was no shortage of boats on the water at Lake Wallenpaupack. 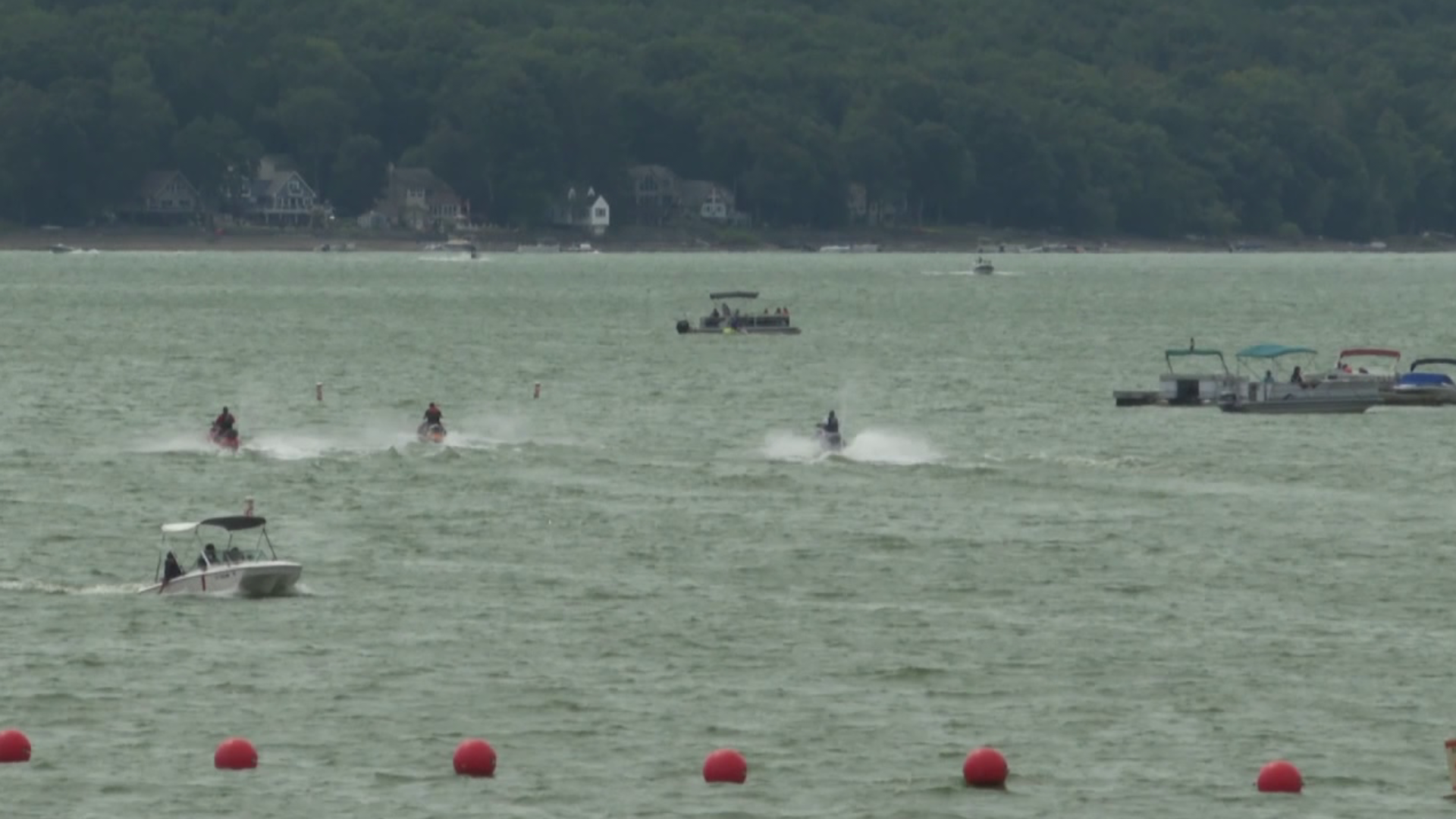 The public boat launch in Paupack Township had a line of vehicles with people trying to get on the water one last time.

Angelina Ditucci lives in Long Island and says the lake is the best place to enjoy the outdoors and practice safe social distancing during a pandemic.

"We've been keeping our distance and going on the lake. I feel really safe so this is one of the greatest spots to be.  Away from the city," said Ditucci.

Caffrey Recreational Park staff says the campsites and docks have been full all summer and this weekend was no exception.

"Still definitely a lot of people. The weather did get a little cooler and that drives people off the lake sometimes, but there's still some life around here," said Kevin Colombo.

At Bakker Marine, we found some boats being wrapped up until next year.. and customers already looking ahead to next season.

"What we found different this year is a lot of people buying brand new boats for next season that didn't get it in time this year for the rush," said Neal Bakke.

For some boat owners, Labor Day is the time that they take their boat out of the water and call it quits until the summer.  For others who have been working and doing school virtually, they're extending their summer vacation.

"People camping or even boating in general ask do you have WiFi? is there WiFi on the docks or in the campground?  It might sound silly to think that because you're camping. You're trying to disconnect from social media and disconnect from electric and all the other stuff, but a lot of people still wanting to work and still have some form of a life being cooped up since April."

Madison and Gianna DeFrancesco technically went back to school last week, but virtual learning has allowed them to do school during the day then spend more time at the lake with their parents.

"It's really fun. All my classmates are in the classroom so I get to see them too," said Marison of Bucks County.

Lakegoers say as long as the weather stays warm enough, they'll be out as late into fall as they can.