Saturday, a federal judge issued a temporary restraining order to allow On Fire Christian Church to have its Easter Sunday drive-in service. 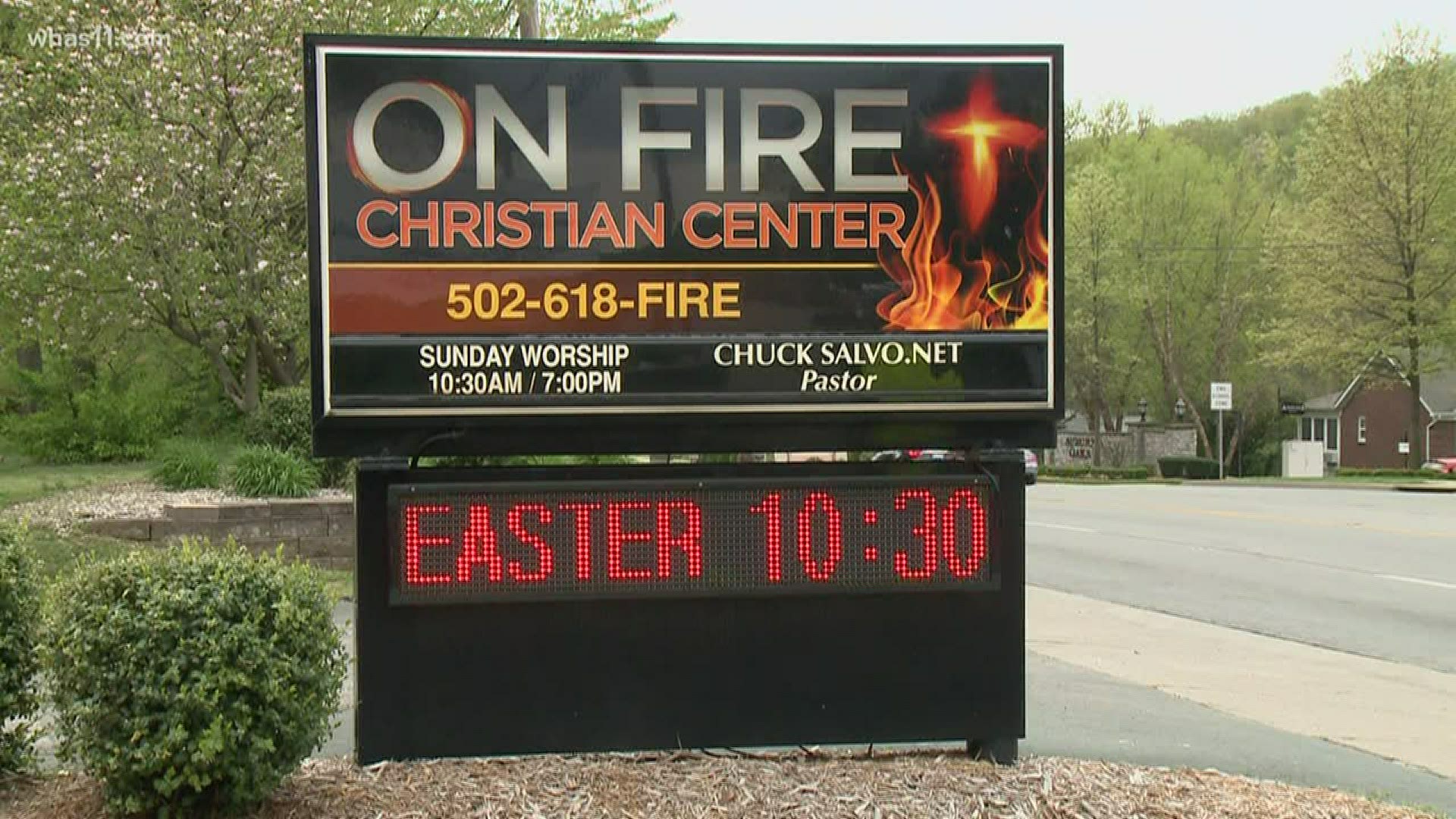 LOUISVILLE, Ky. — Leaders of a Louisville church got the green light from a federal judge on Saturday to hold their drive-in Easter service.

Saturday, a federal judge issued a temporary restraining order against any stoppage of the service. This now allows On Fire Christian Church to have its Easter Sunday drive-in service, the group First Liberty Institute confirms.

The law firm posted this about the case on its website:

Louisville Mayor Greg Fischer provided this statement to WHAS11 News about the ruling:

Mayor Greg Fischer released a statement about the ruling:

Folks, let’s get the facts straight: There was never a Louisville Metro Government ban on drive-in church services, as we would have explained in court if we had been allowed. I urged, and will continue to urge, against these kind of services, because I want to protect my city and its residents from spread of the COVID-19 virus. Let’s don’t play politics with this. The science is clear – the virus wants to spread to as many people as possible, and it kills. The more disciplined we are now about not gathering in large groups, the more lives we save, and the sooner we can come out of our houses and safely gather to worship together again.

Judge Walker wrote this as part of his opinion memo attached to the TRO:

"On Holy Thursday, an American mayor criminalized the communal celebration of Easter. That sentence is one that this Court never expected to see outside the pages of a dystopian novel, or perhaps the pages of The Onion. But two days ago, citing the need for social distancing during the current pandemic, Louisville’s Mayor Greg Fischer ordered Christians not to attend Sunday services, even if they remained in their cars to worship – and even though it’s Easter. The Mayor’s decision is stunning. And it is, “beyond all reason,” unconstitutional."

RELATED: LIST | How to watch local Easter services at home

RELATED: Kentucky governor: Anyone at mass gatherings this weekend must quarantine