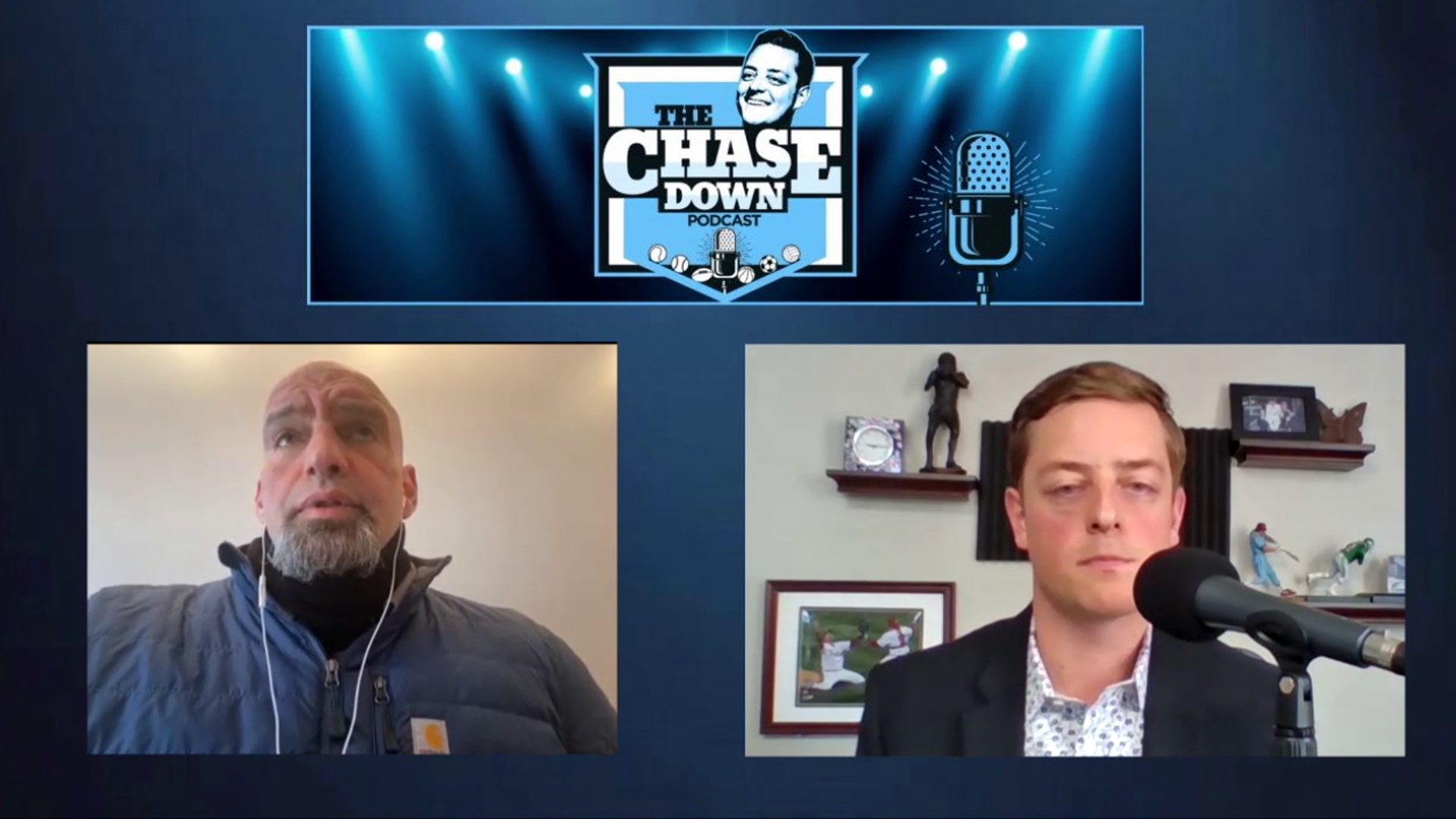 Lieutenant Governor John Fetterman has received lots of attention nationally for defending the validity of the presidential election and shutting down any accusations of voter fraud. He joined Chase Senior on The Chase Down Podcast to discuss.

"Voter fraud is rare," Lt. Gov. Fetterman said. "It is caught when it's attempted, and it's not meaningful in terms of deciding the outcome of an election, especially now when the difference is 70,000 votes."

We also spoke about the political divide that is present across the country and here in Pennsylvania.

"I think part of it is social media and the natural inclination for people to want to reinforce and affirm their own beliefs," Fetterman added. "You can curate your own social media feed and your content to be exactly what you want, and it can be increasingly polarizing. I just spent three days going through rural Pennsylvania, and it's striking, and it's remarkable, the level and intensity of feeling. Just because somebody doesn't agree with you and lockstep with you on every single issue, that doesn't make them a bad person. It doesn't make them less than you. You're not better than anybody else. Growing up in these environments and seeing these different places has affirmed that."

You can listen to that entire conversation below or anywhere you listen to your podcasts.