SCRANTON – Surveillance video from the cell inside Lackawanna County Juvenile Prison shows two teenaged inmates inside. The mother of a 16-year-old boy we... 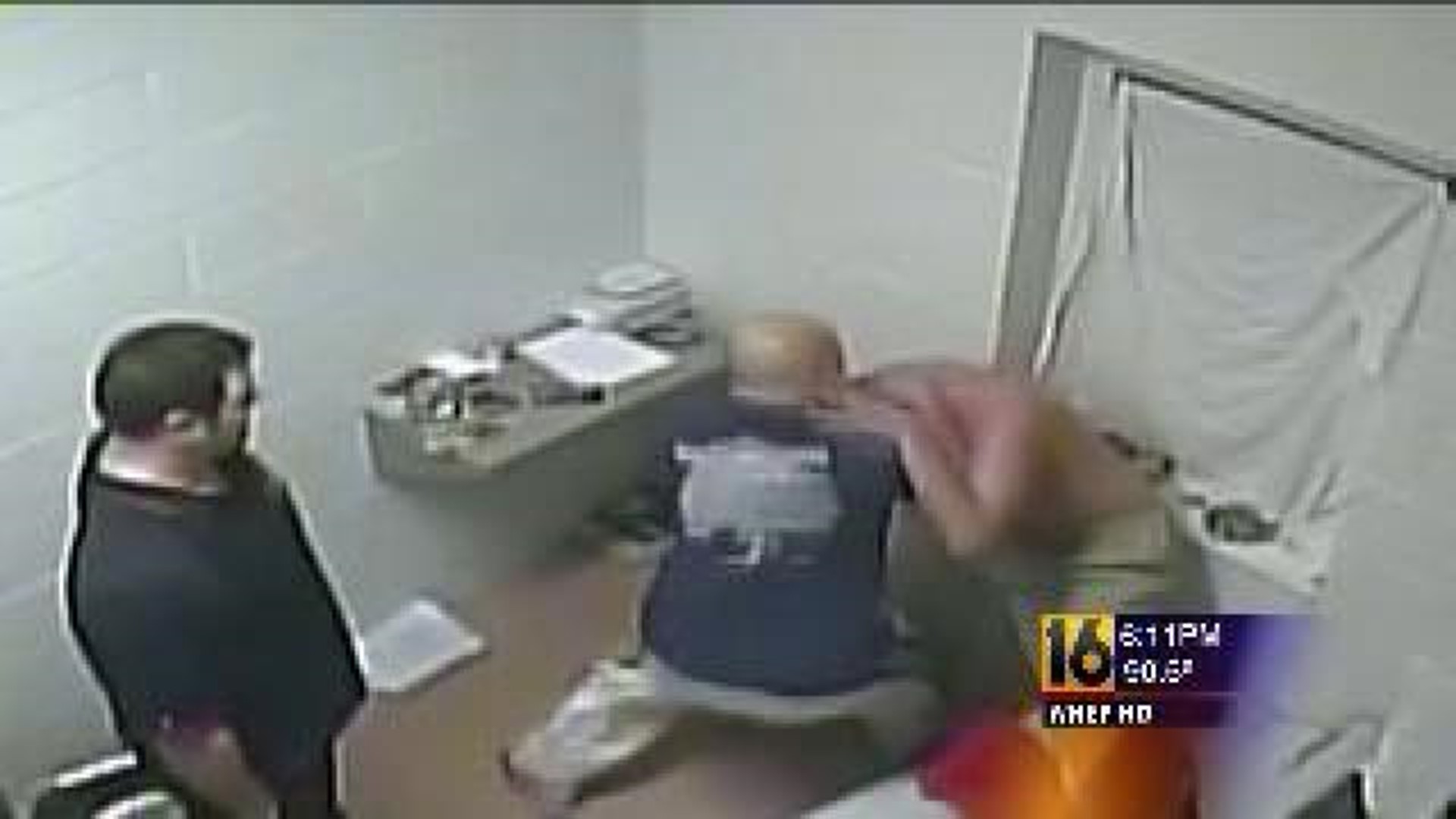 The mother of a 16-year-old boy wearing an orange t-shirt is identified in the lawsuit by his initials, and his mother asks we refer to him as Branden.

At the outset of the surveillance video, Branden appears to be yelling at someone outside the cell.

“They are behind locked doors, so they are no threat to anybody right now,” says Branden's mother, Karen Purdy of Scranton, as she showed us the video her lawyer was able to get from the detention center.

Karen Purdy claims, at this point in the video, Branden was just talking trash with corrections officers.

“The guard just opens the door, Branden’s walking away.  Boom!” she says as the video shows a corrections officer identified as Paul Grizsanti lunging at the teen.

During the scuffle, Grizzanti appears to have Branden in a headlock.

And then, Karen Purdy says, the video shows the corrections officer,
“...slammed Branden's head right off the wall.  It's sickening.”

A minute after the first confrontation, it appear tensions settle.

Then, Grizzanti appears to go after Branden again.

A few minutes later, another corrections officer moves Branden out of the cell.

When the juvenile detention center notified Karen Purdy about what happened, she says authorities planned to charge Branden with “communicating terroristic threats.”

She thought the corrections officer should be charged.

“…with assault of child abuse, and he definitely should not be working in this environment,” Karen Purdy said.

The day after Karen Purdy received the video, she says she was summoned to the juvenile detention center where she was able to pick her son up and take him home.

No charges were filed.

Karen then took Branden to a doctor who took pictures of bruises on Branden’s arms and ribs.

We showed the video to attorney Peter Paul Olszewski, who has worked as a defense lawyer, prosecutor and judge.

He’s not connected in any way to this lawsuit.

“It's dangerous to formulate any judgments or final conclusions based exclusively on the video,” said Olszewski, who adds a full investigation should take into account the corrections officer’s explanation and predicament.

“You’re trying to manage a young man, who's clearly not complying with what you’re asking him to do,” Olszewski said.

Sources say Lackawanna County’s Prison Board discussed that incident behind closed doors because of the possibility of a lawsuit.

These sources confirm the Lackawanna County District Attorney’s Office and a state agency both investigated and found no wrongdoing.

One source says Branden refused to leave the cell when ordered, and that the Grizzanti followed procedure by attempting a bear hug maneuver to restrain Branden's arms.

That same source says Grizzanti used improper technique on Branden, and after this incident, he was retrained.

“We don’t want juveniles who are in custody to be hurt," said Olszewski.  "And, from that perspective, it’s a serious matter.”

But, the facility never disciplined Grizzanti, and Karen Purdy asks what about the part of the struggle where the video shows the corrections officer appears to slam Branden’s head into the wall.