Patients who lose a significant amount of weight, whether it be through bariatric surgery or other methods, say they feel happier and healthier than before.  Bu... 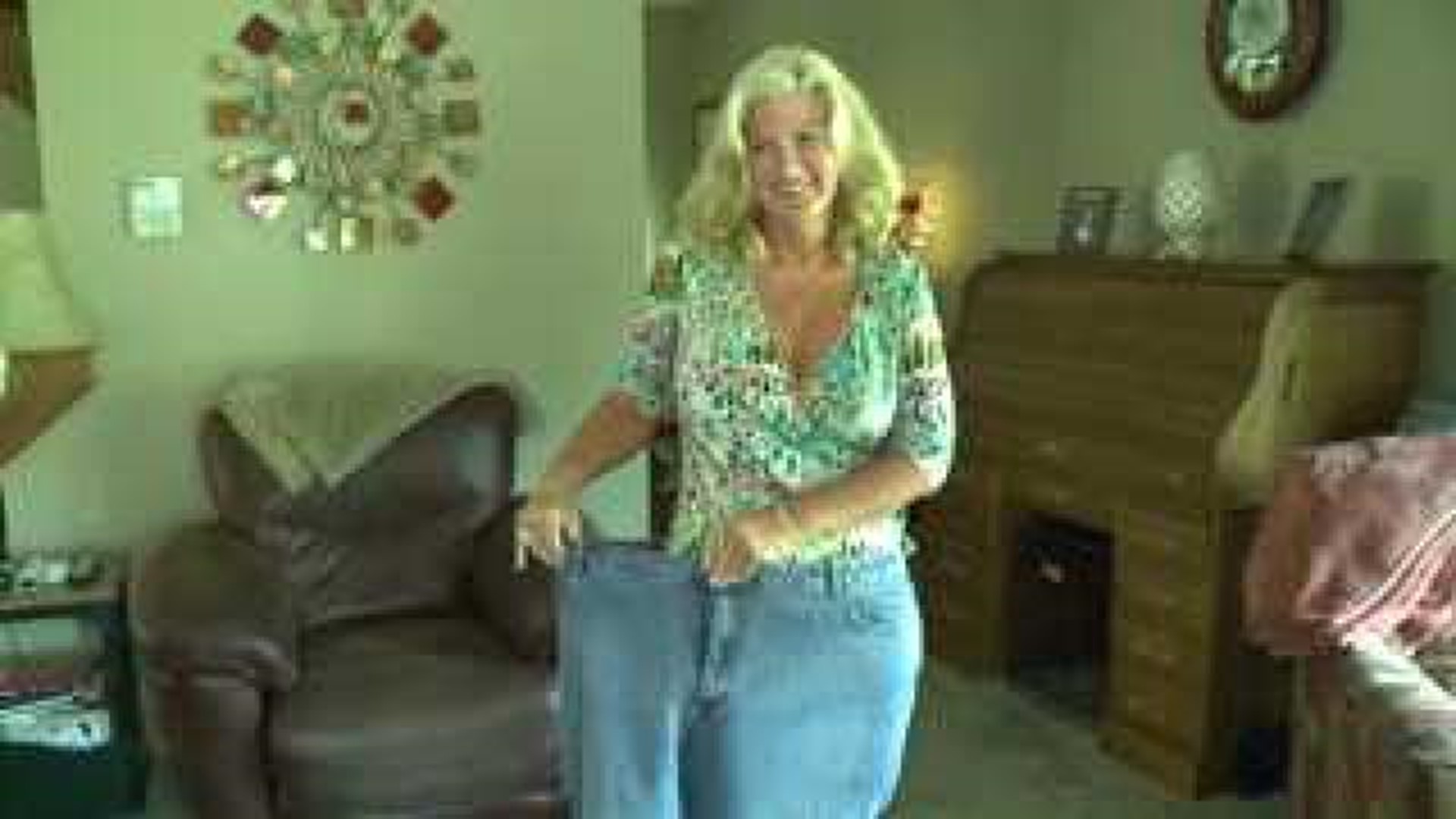 Patients who lose a significant amount of weight, whether it be through bariatric surgery or other methods, say they feel happier and healthier than before.  But in some cases they're also left with a lot of excess skin.  A surgeon at Geisinger has created a technique for dealing with all of that skin, if you're interested in getting your shape back but don't mind scars.

Debbie Benkoski of Plains Township says she has struggled with her weight for as long as she can remember.

"Pretty much my whole life. I was always the big girl in school," she said.

The 51-year-old mother of two showed us some "before" pictures, as she revealed her highest weight ever five years ago: 299 pounds.  She remembers being in pain and having a host of medical problems such as pre-diabetes and high blood pressure and cholesterol levels.

That's when she decided on gastric bypass surgery at Geisinger.  Down more than 130 pounds, she can now fit her entire body into one pant-leg of her old size 28 jeans.  But things weren't right quite yet.

"I was on a cruise and I noticed people looking at my skin hanging. My legs looked like an elephant, my stomach hung down," she told us.

That's when she went to see Dr. Alexander Moya, director of the Cosmetic Center at Geisinger's Woodbine Outpatient Clinic in Danville.

Traditionally, Dr. Moya says plastic surgeons in Debbie's case might offer a tummy tuck, which is the removal of excess fat in the abdomen, done so with as small a scar as possible.  He says it's a good procedure, but calls it "limiting."

"I found that patients that come to see me weren't so concerned about scars," Dr. Moya said.

He is the creator of a surgical procedure called the Corset Body Lift, or a corset trunkplasty.  He says he came up with the contouring technique at Geisinger seven years ago and now teaches it to other plastic surgeons.

"That's how we come up with a different approach, a more aggressive approach. it requires more incisions. but it give the best body shape that I can give," he notes.

But he admits it is not for everyone.  Debbie says her surgery took all day, and she was left with a total of 18 feet of incisions.  She also recalls her recovery being very painful and now has quite a few scars.  But she has also gained more movement, a better shape, and a lot more confidence, and says she doesn't regret a thing.

"Oh yes. I would do it again. Both the gastric bypass and the skin removal."