Healthwatch 16: Giving the Gift of Life

GEISINGER MEDICAL CENTER, Pa. — April is National Donate Life Month, a time dedicated to getting the word out about the need for organ donation. We recent... 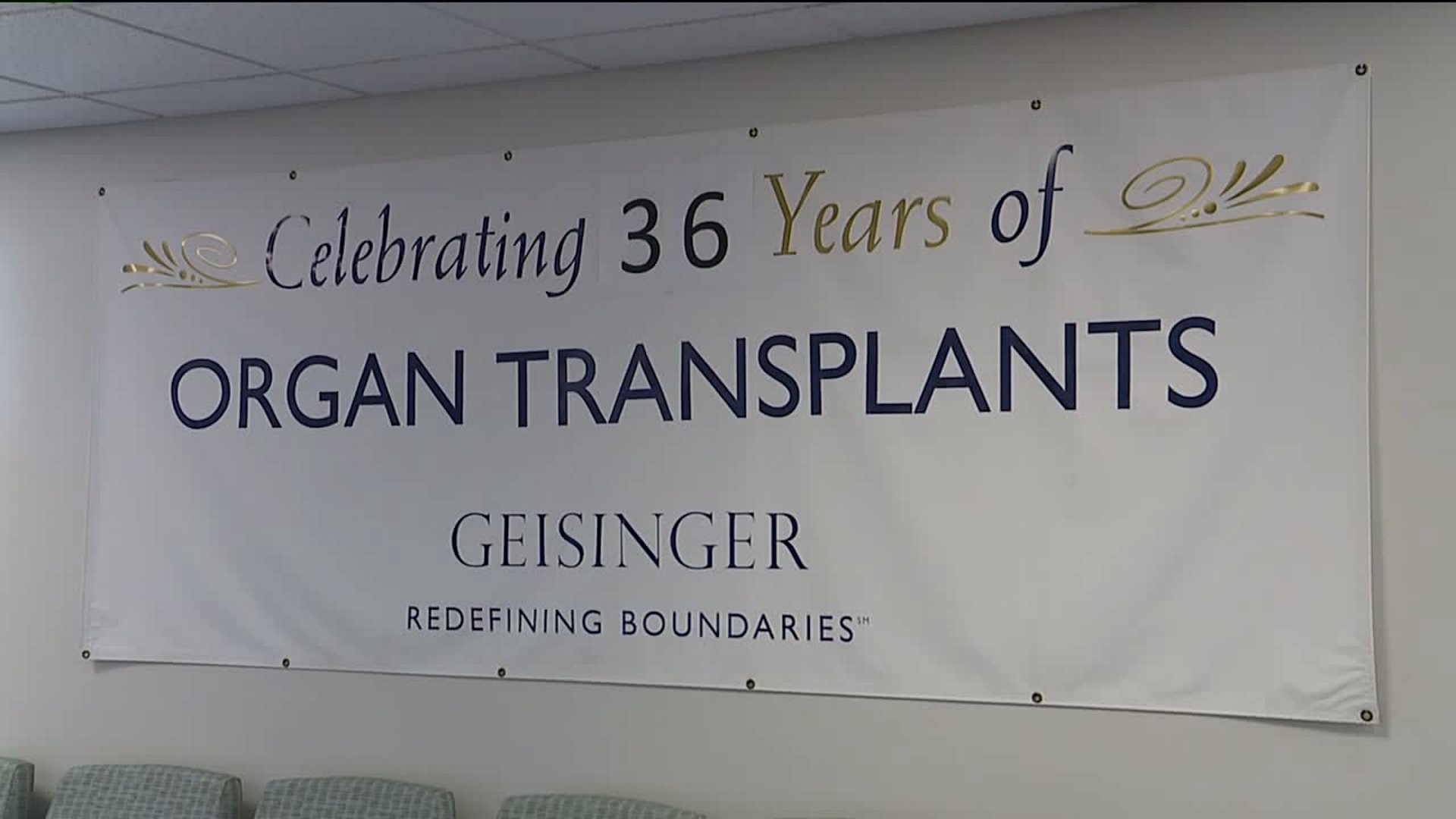 GEISINGER MEDICAL CENTER, Pa. -- April is National Donate Life Month, a time dedicated to getting the word out about the need for organ donation.

We recently spoke with three men who had never met before until one donor changed all of their lives.

Meet Marc, 58, from Northumberland; Tom, 49, from Mountain Top; and Dennis, 82, from Elysburg. There's easy rapport between them but this is the first time they've met.

Just a few months ago, their lives were saved by doctors at Geisinger Medical Center near Danville and by the generosity of an anonymous young man who died and happened to be an organ donor.

"It was Christmas Eve. They called me around 6 o'clock and said they're pretty sure they have a liver for me. Of course, I was about ready to cry," Marc Bidelspach recalled.

Marc battled cancer that spread to his liver.

Tom Snyder knew 16 years ago his kidney would eventually fail.

"I just kept pushing myself to get through it, thinking I can go another year, another two years. But by December, I really started to feel the effects of the kidney," said Snyder.

Dennis Carespodi was in Florida with his family.

"Got a call 9:45 on Christmas Eve. My wife answers the telephone. 'You got a kidney!' 'No, I didn't.' 'Yes, you did, and you got to be at Geisinger tomorrow morning,'" Carespodi recalled.

Dr. Michael Marvin is department chair of transplant/liver surgery at Geisinger. He notes all three men elected to be part of the Hep C program.

"That's how we've been able to dramatically grow our program," Dr. Marvin said.

Meaning the recipients knew their donor was Hepatitis C positive. He says it used to be that diagnosis was something that would have disqualified a donor from giving their organs.

"Now we're actually giving it to people on purpose. They start taking medication as soon as they can eat, and they're cured most of the time within a month," Dr. Marvin said.

Not even four months after their respective surgeries, these three say they feel like different people.

"Since the transplant, I want to do everything! Things I shouldn't be doing, I'm doing," Dennis said.

Marc no longer drinks or smokes.

"I just look at things different. I have two grandkids, and it's nice knowing I can grow up with them," he said.

And Tom, who now walks every day and has lost 35 pounds since his transplant, says he understands how bittersweet it is that someone's life had to end for his recovery to be possible.

"That's probably one of the biggest reasons why I've changed my lifestyle and outlook. Because someone gave their life to give me a chance. I say, you know what? Be a donor," Tom said.

"Too many people die because too many people say no. We had someone pass away a couple of weeks ago who was high up on our liver list," Dr. Marvin said. "And he walked into the hospital. That's what's the scary part. It was a liver patient. They get so sick, so fast, and we couldn't get a liver in time."

Dr. Marvin says each state has its own online donor registry, and that's considered first-person consent, meaning, your family won't have to make that decision for you.