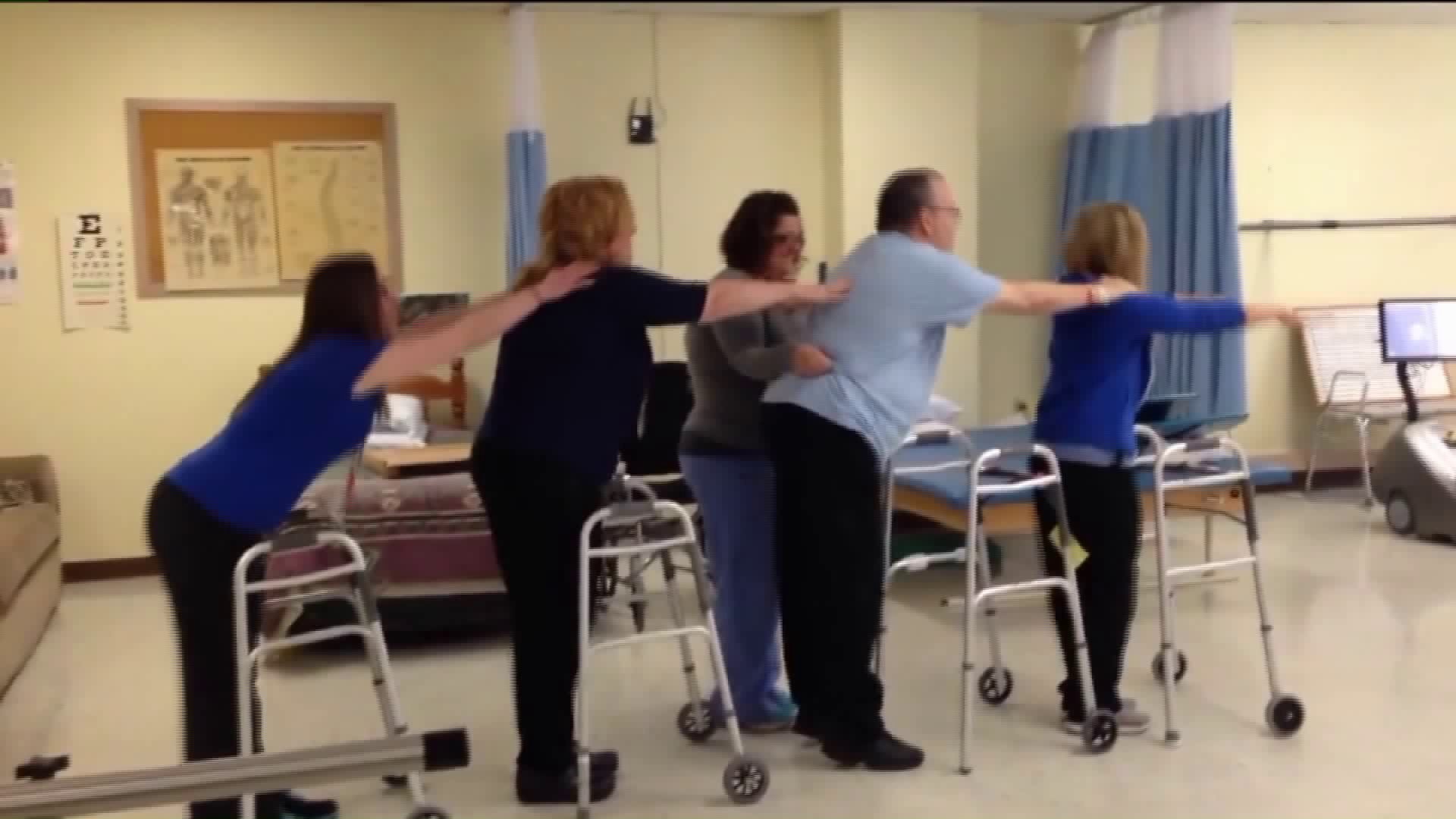 Let's go back to the beginning. He talked to us about the day in February of 2015, when he was at work as a school principal.

John took a pain reliever, which didn't work, and spoke with his wife, who told him to get to the school nurse.

John had had a stroke. By the time his wife Cheryl got to him, he was in bad shape.

"He was really just not responsive. He looked at me and didn't recognize me," said Cheryl Woloski.

After a week at Hershey Medical Center, John ended up at John Heinz for about two months, and in the care of physical therapy supervisor Jennifer Fox, who admits John had severe deficits to address.

But in getting to know John, they discovered he'd been a music teacher before he was a principal, and John found out one of the members of his therapy team was also a dance instructor.

"So one of the things that we did with him was we decided to introduce music into his program. And as soon as we turned the music on, he was instantly improved," said Fox.

"I said, 'you've got to do me a favor. Before they ever let me out of here, you've got to teach me a dance,'" said John.

And so an idea was born. Making this video wasn't just fun and games, it was part of John's therapy, helping him with balance, coordination, and muscle strength.

Now life is getting more back to normal, says John's wife Cheryl.

"Over time, he was able to drive, which gave him his independence back, and he's cooking for me! Cooking dinner every evening!"

"Thank the good Lord that it worked for me," John added. "A lot of it has come back for me, yeah."

John is still in therapy a few days a week. He says he is feeling good, and he and his wife say they're getting ready for their son's wedding where they definitely plan to dance.