GEISINGER MEDICAL CENTER — Moving around is probably the last thing someone wants to do when they’ve just had surgery, but getting patients up and a... 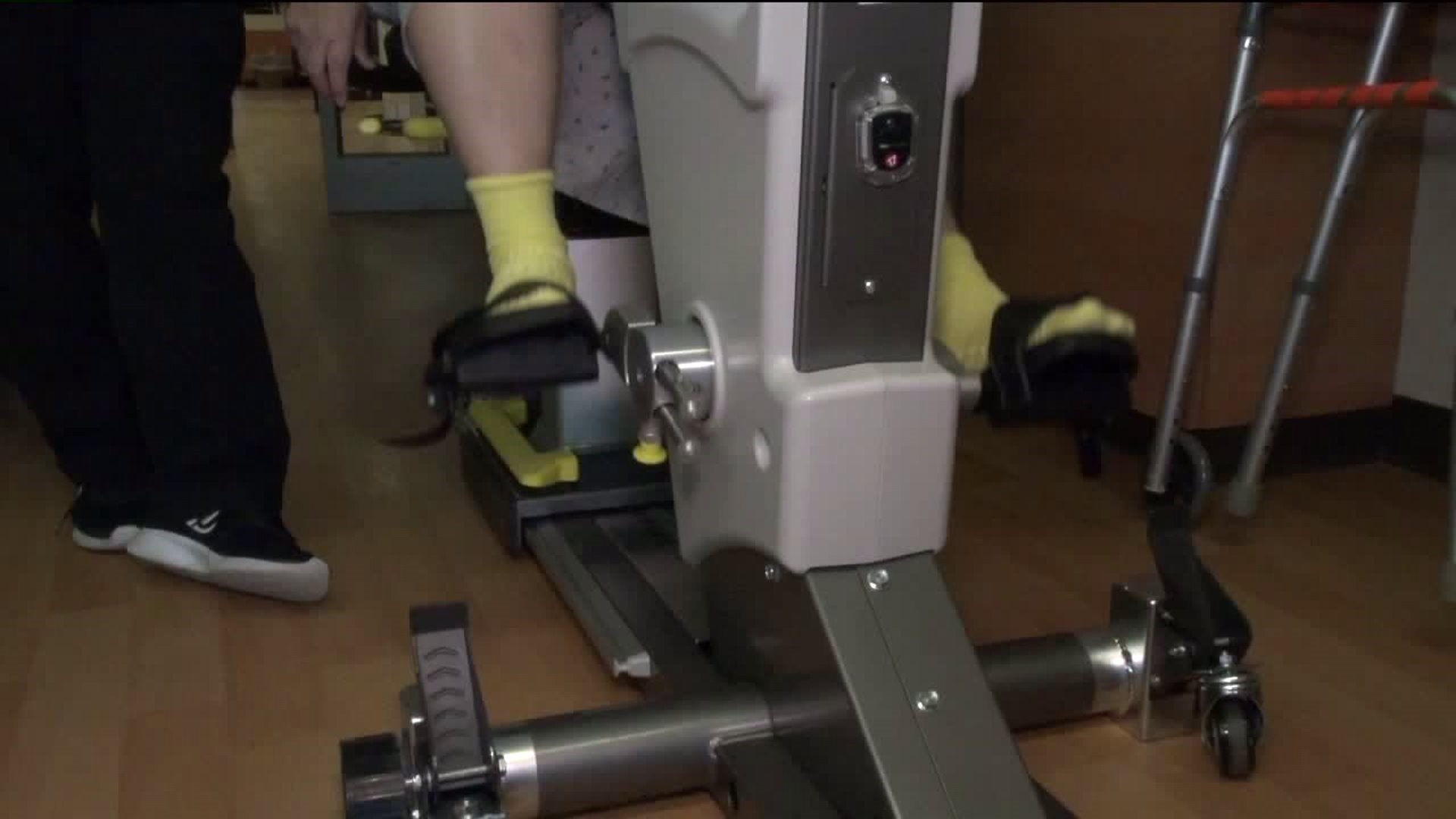 GEISINGER MEDICAL CENTER -- Moving around is probably the last thing someone wants to do when they've just had surgery, but getting patients up and around is very important, according to officials at Geisinger Health System. They showed us one way they're helping patients do that.

We're on the cardiac intensive care unit at Geisinger Medical Center near Danville, and this woman had heart surgery just a few days ago.

Therapists are working with her on a stationary bike that's movable. Yes, the concept might be ironic, but the results speak for themselves.

"Traditional therapy in a hospital would be we'd walk, we'd do some exercise, maybe standing/marching, things of that nature. But some patients aren't able to do that," said physical therapist Austin Kerstetter.

Kerstetter is the acute care program director at Geisinger. He showed us how easily he can roll the bike down the hall. It was Kerstetter who spearheaded the research and development, then consulted an outside contractor, to turn a stationary bike into a form of therapy that he says is becoming increasingly important.

"If we introduce an exercise bike, what we found is, as people cycle for 5 10 minutes, their ambulation differences and functional capacities have increased," Kerstetter said.

Meaning instead of patients lying in bed. Kerstetter says getting them moving means they get better faster.

Occupational therapist Cassie Matyas points out cardiac patients just after surgery will have a number of challenges when it comes to getting back to normal life.

"They have a hard time moving, really. It's sore, they can't come out wide with their arms, push and pull, getting dressed is difficult for them," Matyas said.

Matyas says she used to use basic arm pedals for her patients. This is more like what they'll get eventually at cardiac rehab and she says she has seen patients get even stronger and more confident in their movements after using the bike.

"The faster we get patients moving and get them back to their daily routine, the better the outcomes are."

There are 13 of the special bikes in Danville.

The goal is to create a program and eventually bring them to other campuses as well.