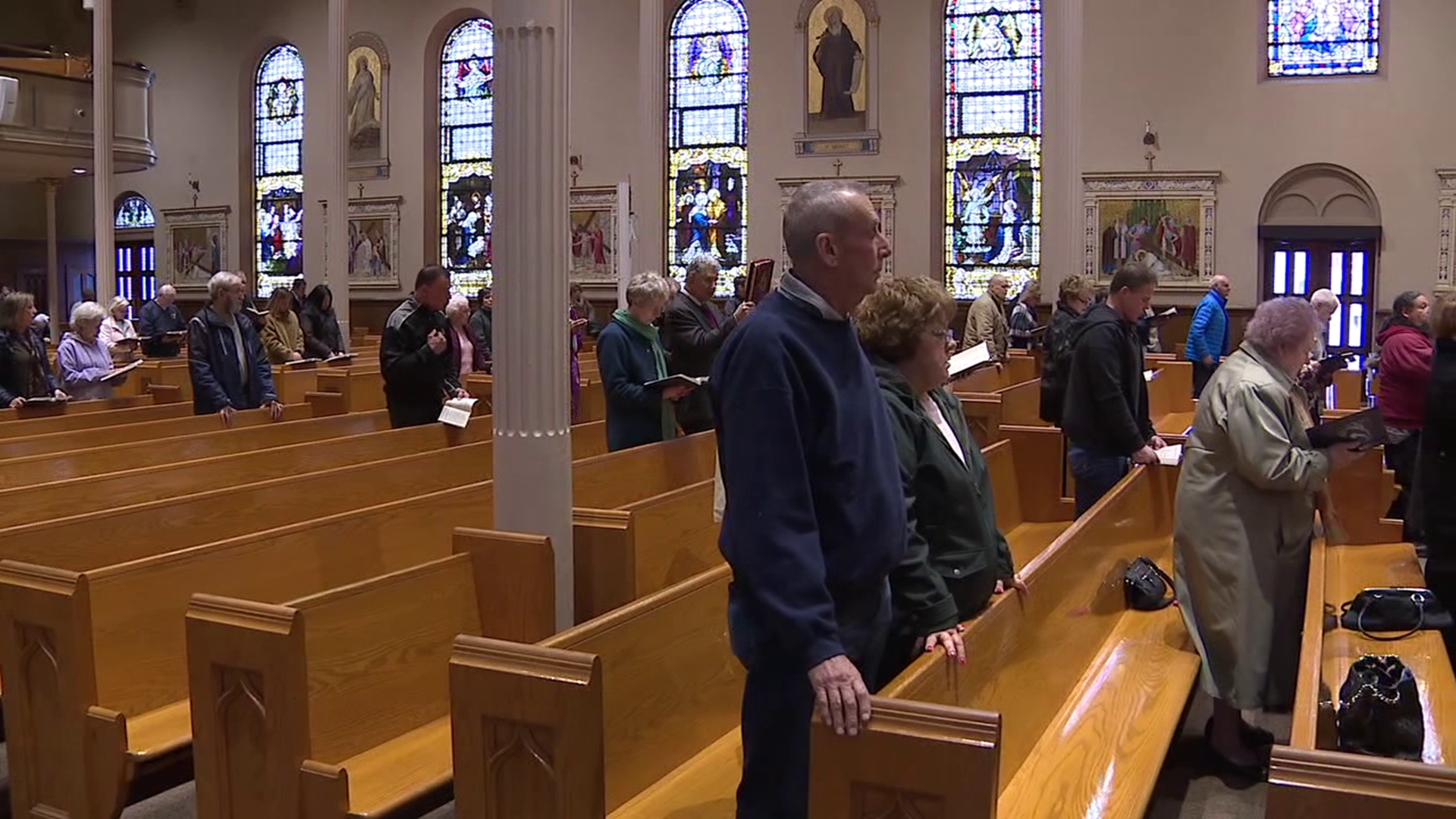 Catholic bishops across Pennsylvania have announced plans to end public masses for the time being.

Many priests will now be celebrating mass in front of a camera, live-streaming the service to parishioners at home.

Bishop Joseph Bambera of the Diocese of Scranton says this was a very difficult decision to make, but one he felt was necessary.

The daily 12:10 p.m. mass at the St. Peter's Cathedral in Scranton was the last in the diocese with parishioners actually in the pews.

The Diocese of Scranton gave Catholics a special dispensation last week freeing them from the obligation of attending mass during the coronavirus outbreak, but for some Catholics, attending mass, especially during Lent, feels necessary.

"I was telling my son today, he said, 'Mom, you're going to church?' I said, 'Sean, this is what I do for Lent every year.' I give up my time, the little corner of time I have to do everything else, and I come here, and I get so much out of it," Laurie Cadden said.

Bishop Joseph Bambera suspended all public masses and events, something he felt compelled to do after seeing how well attended Sunday's masses were.

"It was an extremely difficult situation, decision to come to, especially when I noticed the number of people who came to our churches this weekend even with the dispensation. But, I am so convinced it is the right thing to do. It's the diocese participating and doing our share in attempting to mitigate the spread of this virus," said the bishop.

Bishop Bambera says the diocese will still perform funeral masses as well as weddings and baptisms that were already scheduled, but following CDC guidelines, they shouldn't have more than 50 people in attendance.

"We talk about Lent being a time of sacrifice. There's no greater sacrifice than our good people have to experience this year than to literally give up the things that have given them so much consolation," Bishop Bambera said.

Masses at St. Peter's Cathedral will be broadcast on Catholic Television, and many parishes are planning to livestream services on their websites and social media pages.

Diocese of Harrisburg
In today's Gospel reading, Jesus approaches the woman at the well wi... th no hesitation. Throughout their conversation, Jesus shows the woman that he truly knows her, that she is not a stranger. How can you open yourself up to God this Lent so that you can know him, like he knows you?