What’s New at the Bloomsburg Fair

BLOOMSBURG, Pa. — In addition to old favorites, there are always new things to see, do, and eat at the Bloomsburg Fair every year. Between the rides, food... 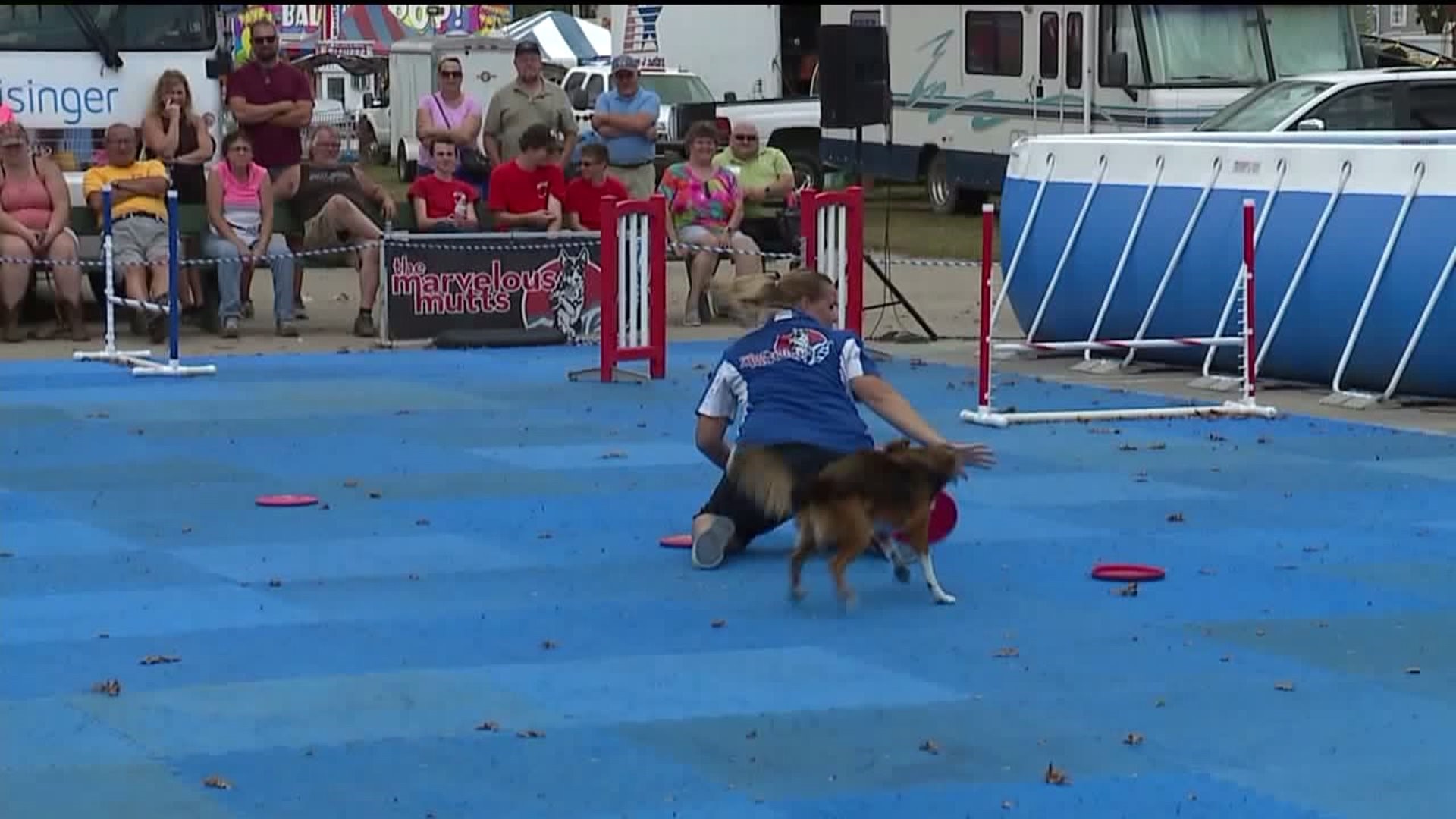 BLOOMSBURG, Pa. -- In addition to old favorites, there are always new things to see, do, and eat at the Bloomsburg Fair every year.

Between the rides, food, and animals, it's hard to see it all. There is so much happening at the fair, it can be overwhelming, and the fair seems to outdo itself each year.

"There are a lot of grapes grown in Pennsylvania, and it's not an easy crop to grow, so you work very hard at it," explained Tom Stutzman, Red Shale Ridge Winery.

In the farm museum, there is wine tasting from five different Pennsylvania wineries.

"People come in and try wines from all of us, and if they like it, they purchase it," said Shelli Setzer, Three Dogs Vino.

Children can also get in on the fun by tasting grape juice.

"We only allow five tastes at each stand, and the tastes are about a quarter of an ounce each, so nobody is going to get anywhere near intoxicated," Stutzman said.

If you like to sing, you'll want to check out the new karaoke display.

"Karaoke is typically one or two people singing, so we put a package together with 20 microphones where individuals could come up or groups of 20 could come up," said Brian Gilpin, Illusions Sound & Lighting.

A variety of 150 songs is played throughout the day and night.

Something else that's new this year is a dog show starring all rescue dogs.

"That's awesome. We have two dogs. One of ours is a rescue from Pine Grove. I think it's great," Rebecca Williams of Pottsville said. 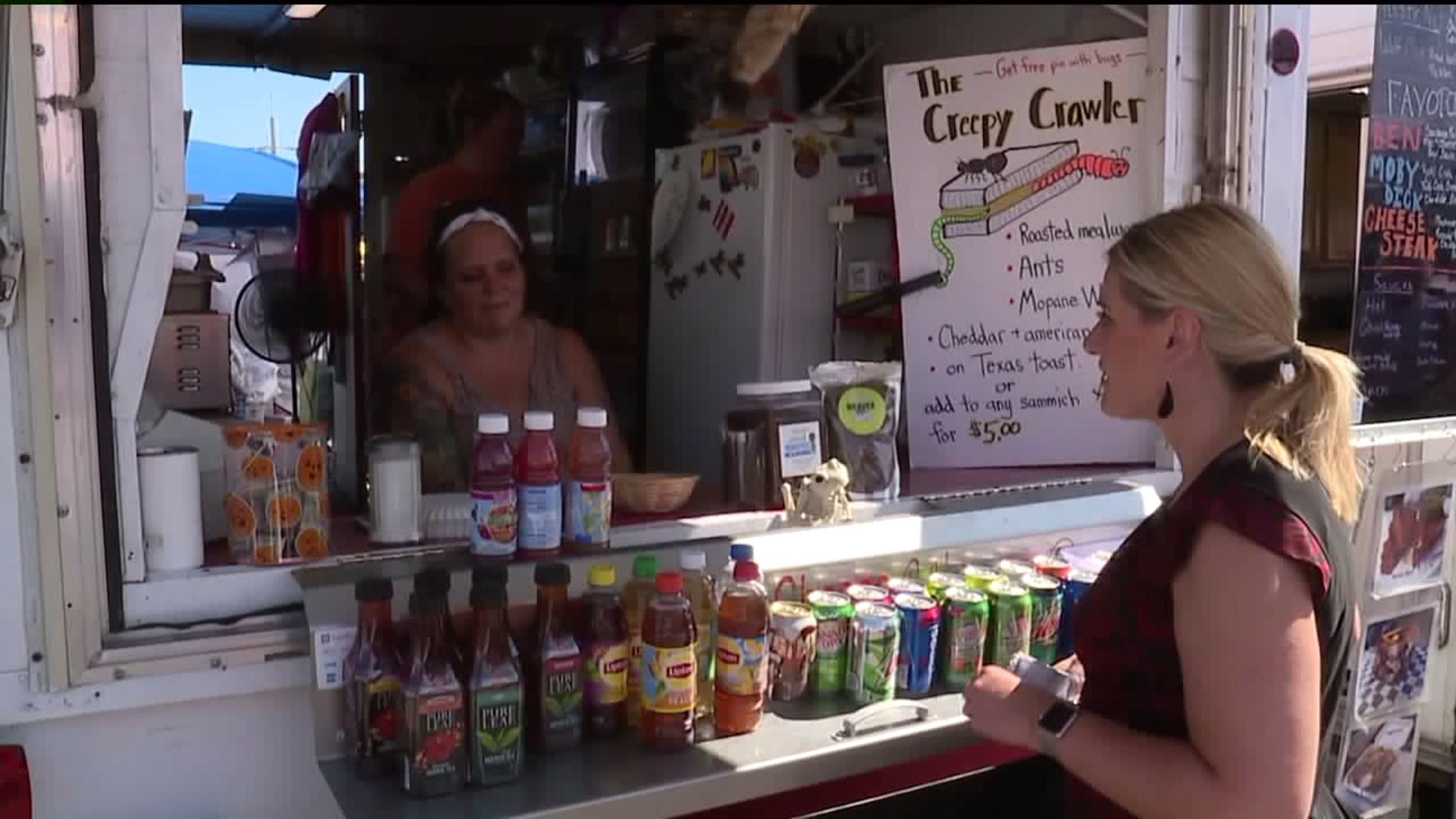 There are also some new food options at the fair. With more than 1,000 food vendors at the fair, it's hard to go hungry. Almost anything you can imagine is here--and it's probably deep-fried. For example, "The Harvester" is a 3 1/2-pound deep-fried Thanksgiving dinner. You can find it at Fried Specialties on 10th Street. It will set you back $14, but it's big enough to share.

If a deep-fried turkey dinner isn't your cup of tea, Get Rolling Gourmet Eggrolls is also a tasty option.

"Everybody comes by and they automatically think an eggroll is like a Chinese eggroll," said owner Jessica Crolei.

Crolei says buffalo chicken and Philly cheesesteak are the biggest sellers so far.

And of course, if you're looking for dessert, you can head over to The Waffle Cabin on Free Stage Boulevard for something that's not your average waffles and ice cream.

John Gardner calls his waffles "life-changing." They are Belgian waffles made from dough instead of batter.

"So it's more of a sweet pastry-like. It has pearl sugar that caramelizes in it when you cook it. Most people like it like that, but we can add melted chocolate or ice cream," Gardner said.

As long as you don't have a weak stomach, a sandwich from Grilled Cheese Two is filled with ants and worms. Clyde Fetzer Jr. of Milton volunteered to taste test.

"It's real good," he said. "It kind of tastes relishy, sweet. Other than that, it tastes like a normal toasted cheese with relish on it."