BLOOMSBURG, Pa. — The first year for a New Year’s Day celebration in Bloomsburg did not go exactly as planned, but the message was still the same. F... 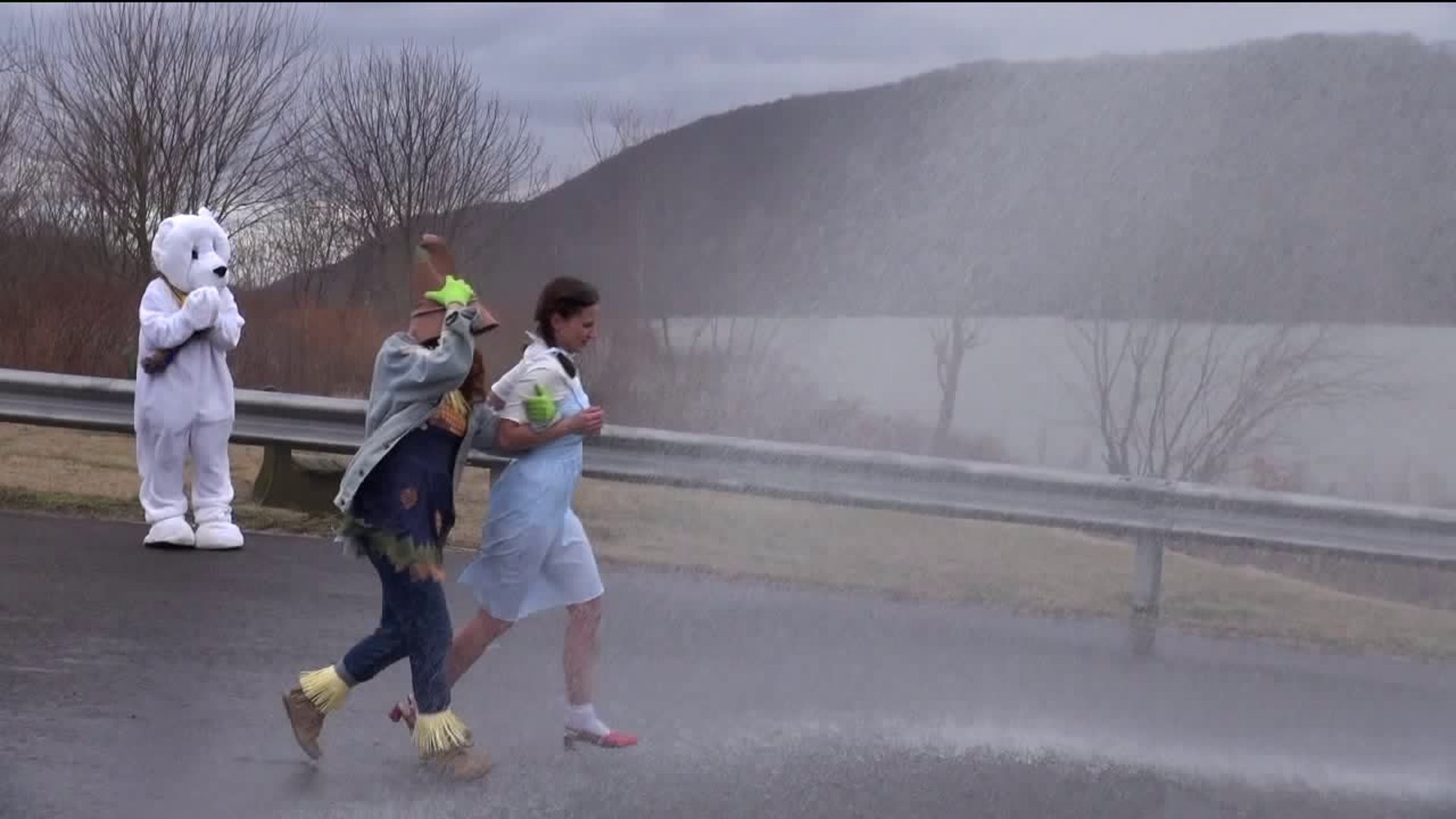 BLOOMSBURG, Pa. -- The first year for a New Year's Day celebration in Bloomsburg did not go exactly as planned, but the message was still the same. For folks who participated, the best way to ring in 2020 is to wash away 2019.

It was supposed to be a Polar Plunge into the Susquehanna River, but plans had to change because of safety concerns. Officials decided the water was too high and too fast.

"About a week ago, I got a call, they said with temperatures and water swirls, and all the rest, it was just going to be too dangerous, so we kind of went into quick 'what can we do instead' mode," said President and CEO of United Way of Columbia and Montour Counties, Adrienne Mael.

Even though the river wasn't frozen, it was still right around the freezing cold mark on Wednesday afternoon for New Year's Day, and instead of the Plunge, it was a Polar Shower. Some bundled up, some dressed up in costume, and others just went in bathing suits.

"Out to do some good for the community, and make fools of ourselves," said Jared Kline, Benton.

"It was actually great. It was really cold, I can't feel anything from the waist down, but it was good," said Trixy Valentine, Berwick. United Way of Columbia and Montour Counties and Turkey Hill Brewing Company put on this New Year's Day Celebration all in an effort to raise money.

"It's always about raising the money, of course, to give it out to great organizations. It's also about giving something back to the community something fun to do for New Year's Day. There really isn't anything to do. People are off work. It's just a good time. We're hoping to raise community members as much as dollars," Mael said.

After the Polar Shower, there were plenty of options to warm up, like soup, beer, or just a nice and warm heating tent, every one reflecting back on this past year, and what is to come for 2020.

"It could always be better, a new decade, new possibilities," Kline said. "We're just going to cleanse and have a good time," added Ryan Zarnich, Bloomsburg.

This was the first time for the event in Bloomsburg. Organizers hope it can become a New Year's Day tradition.