Route 487 in Orangeville was blocked by the crash Monday morning. 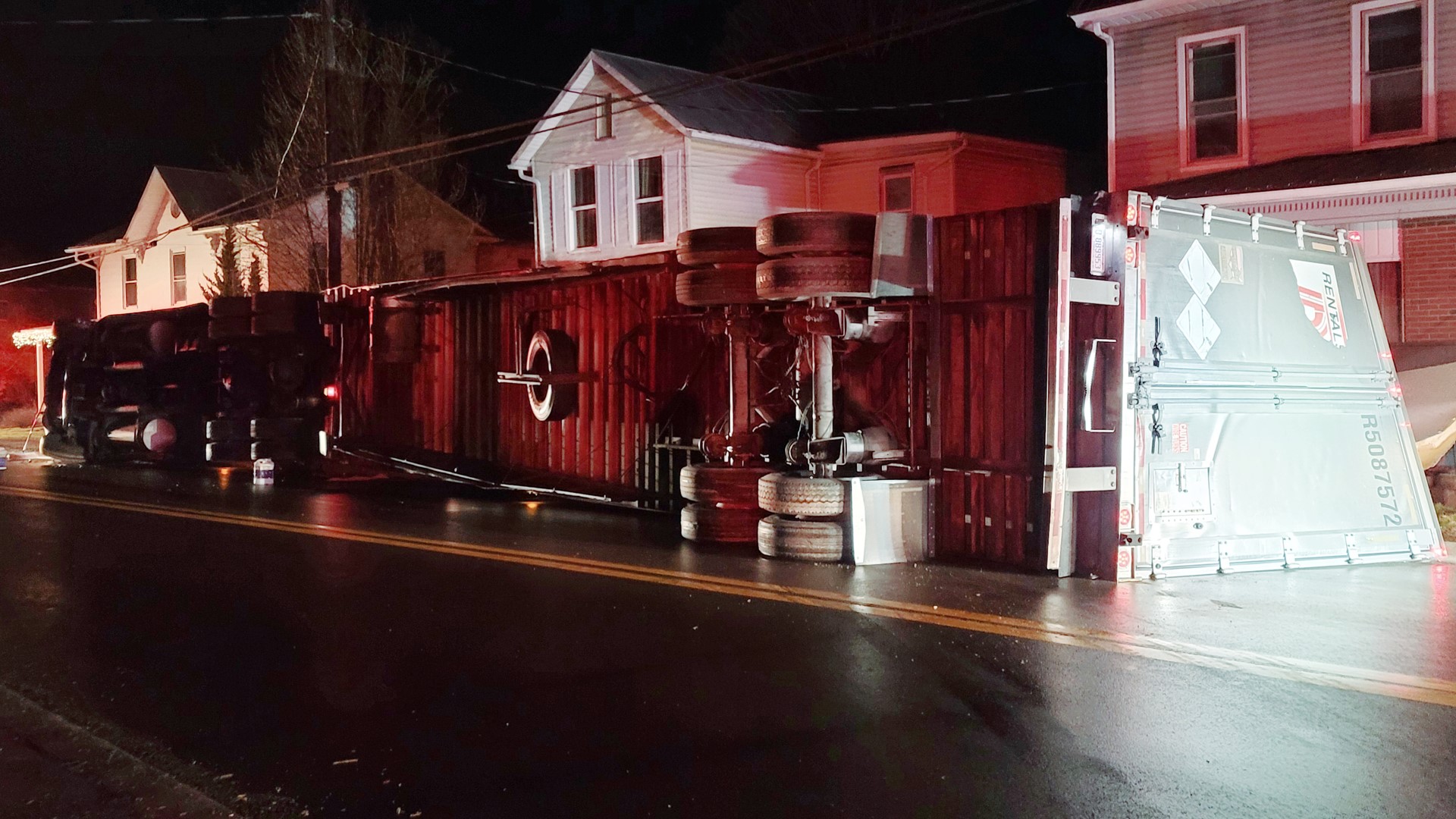 According to officials, the driver has been identified as Jose Feliciano, 50, of Charlotte, North Carolina.

The crash occurred as the tractor-trailer was traveling north on State Route 93 at the intersection of State Route 487.

Feliciano attempted to make a left turn on Route 487 and overturned the tractor-trailer.

Two mailboxes and a PPL utility pole were damaged.

No injuries were sustained.

The truck rolled on Route 487 between Broad Street and Berwick Road in Orangeville around 3 a.m. Crews put a detour in place.

The driver, hauling a load of squash, told police he lost his brakes coming down Route 93.

The area of the crash was cleared after 11 a.m. Monday.