Coronavirus doesn't slow the annual Run for the Diamonds 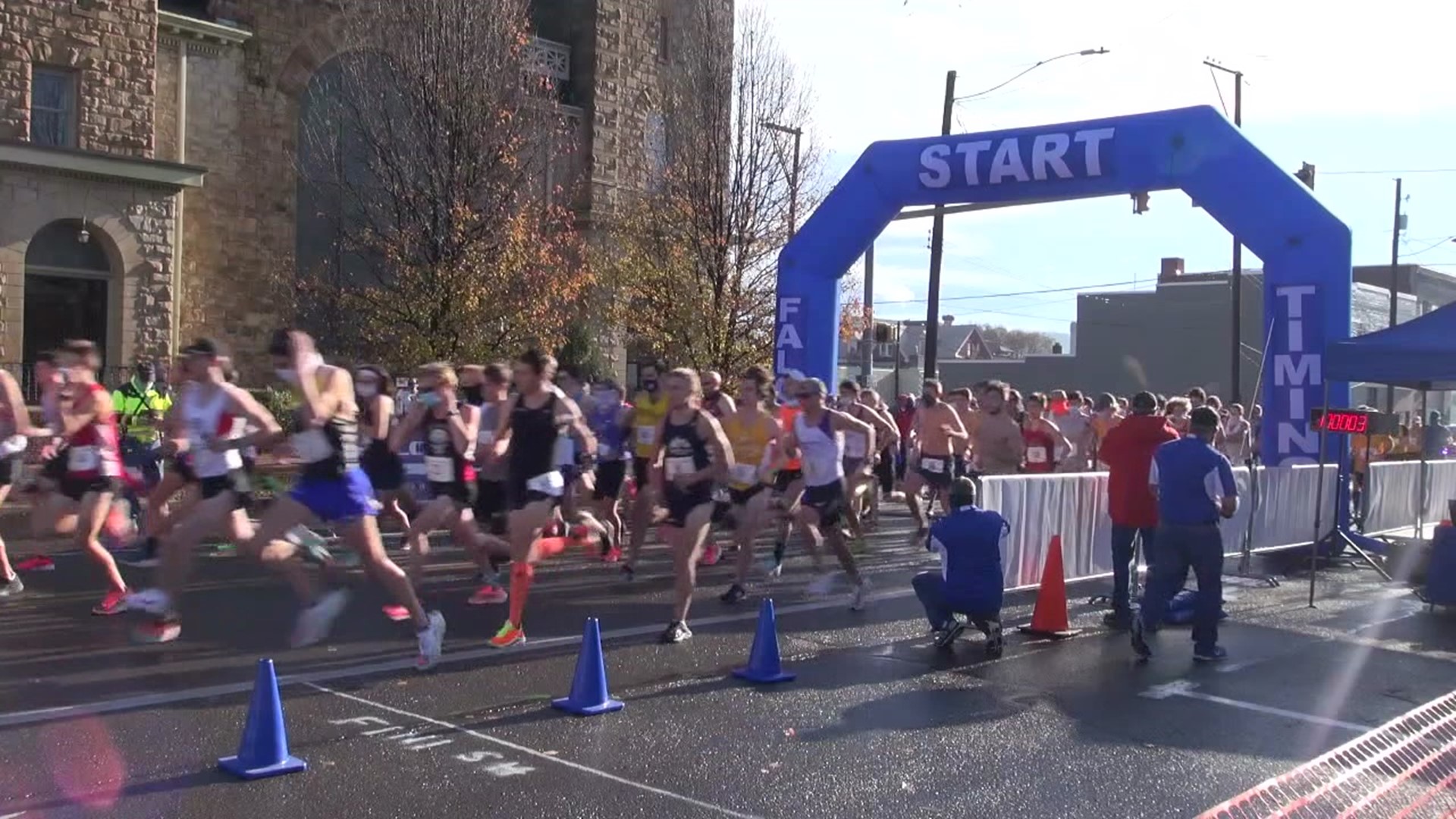 BERWICK, Pa. — Hundreds laced up their running sneakers and hit the race route for an annual Thanksgiving Day Tradition in Berwick.

The sound of the gun signifies the start of the 112th annual Run for the Diamonds, a tradition that dates to 1908.

"It's not Thanksgiving Day for a lot of people in Berwick if the race isn't on," said Bill Bull, the race director.

"Can we do this safely? And a lot of Governor Wolf's comments were directed inside, so we have made everything inside for this race," Bull said. "We're really trying to do this as safely as possible."

And safety is the main factor in how this year's 9-mile race was run.

Sections of 200 runners ran in waves to abide by social distancing guidelines.

Face gators were also given to all runners.

In addition, a virtual option for the race was provided because of the coronavirus.

The race director's daughter, who lives in Australia, participated virtually. She mapped out a route in her country, similar to those who ran in Berwick.

Race officials estimate about 500 people ran in person, and a little over 400 ran virtually.

"This is my first time ever running Run for the Diamonds, 9-mile run. Looking forward to it. I'm looking forward to when I get up over that hill. That's going to the big challenge, but once we get up there, it's going to be nice, and then we will get back into Berwick and be running for those diamonds," said Kevin Matthews from Honey Brook.

"I think the first time I ever raced this was when I was 13, and I'm 24 now, so I started off doing this a while, and it's a big tradition with the diamonds, and I was really happy they decided to have it this year," said Regan Rome from Providence, Rhode Island.

Others were just looking for some good competition.

"I didn't have a senior track season, so I have not toed a start line since February, and so I have just been looking for some post-collegiate races, and I'm just so excited to get back out there," said Sierra Castaneda from Long Valley, New Jersey.

While racers burned a ton of calories, they said that they'll be put back on later.