The Perfect Pitch from a Former Peach

BERWICK, Pa. — Throwing out the ceremonial first pitch of a game is an honor, but the real honor was reserved for the girls playing in the State Junior Li... 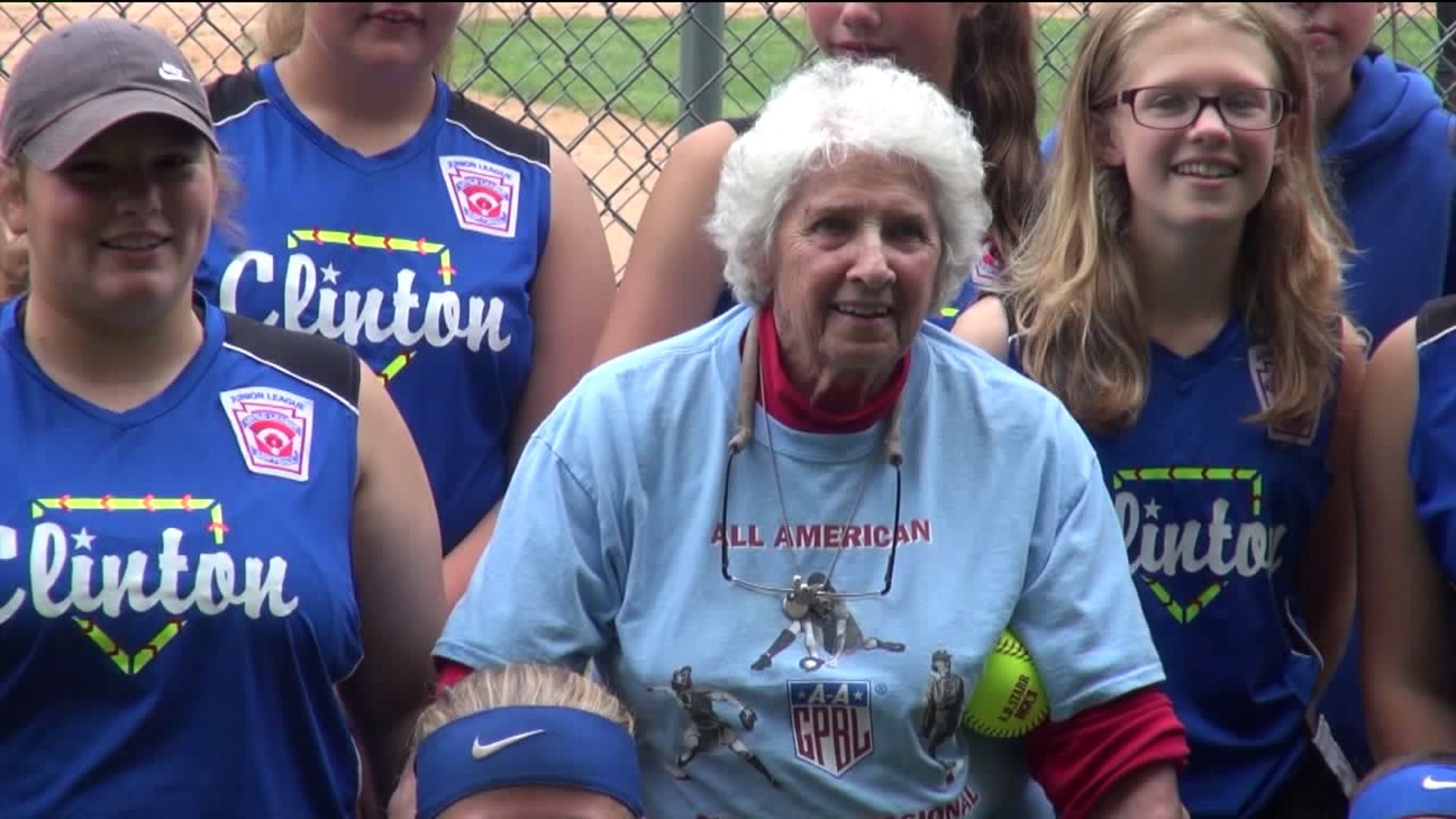 BERWICK, Pa. -- Throwing out the ceremonial first pitch of a game is an honor, but the real honor was reserved for the girls playing in the State Junior Little League Softball Championship tournament.

"I threw him 5 pitches and on the fifth pitch he caught it but he didn't return it to me and I thought 'oh man!' He started walking towards my dad and I, and I thought 'I've done something wrong.' But he walked up to my dad, who was standing alongside of me and said 'I'm sending her to the Rockford Peaches of the All-American Girls Professional Baseball League'."

The AAGPBL should sound familiar. In 1992, Penny Marshall directed "A League of Their Own." It's a film about women who played baseball and got paid for it.

Salty reminisced about her 1953 and 1954 seasons, as a right fielder for the Rockford Peaches and the fruits of her labor.

"There was a ball hit out to right field and she went to second and rounded second headed for third base and I was way back in right field. I picked the ball up and threw it home perfect strike and cut her down so that they did not score that whole game."

Salty has lots of stories to tell about her days of playing with the Rockford Peaches, but it's not those stories she wants people to remember. It's the message she has for female athletes playing today.

"If you have something you love, don't let anyone tell you you cannot do that. And if you get paid to do what you love, you never have to work another day in your life because it's not a labor, it is a love."