The Moving Wall is a Moving Tribute

BLOOMSBURG FAIRGROUNDS — A traveling tribute to those who lost their lives in Vietnam is now open for public viewing in Bloomsburg. The Moving Wall is a s... 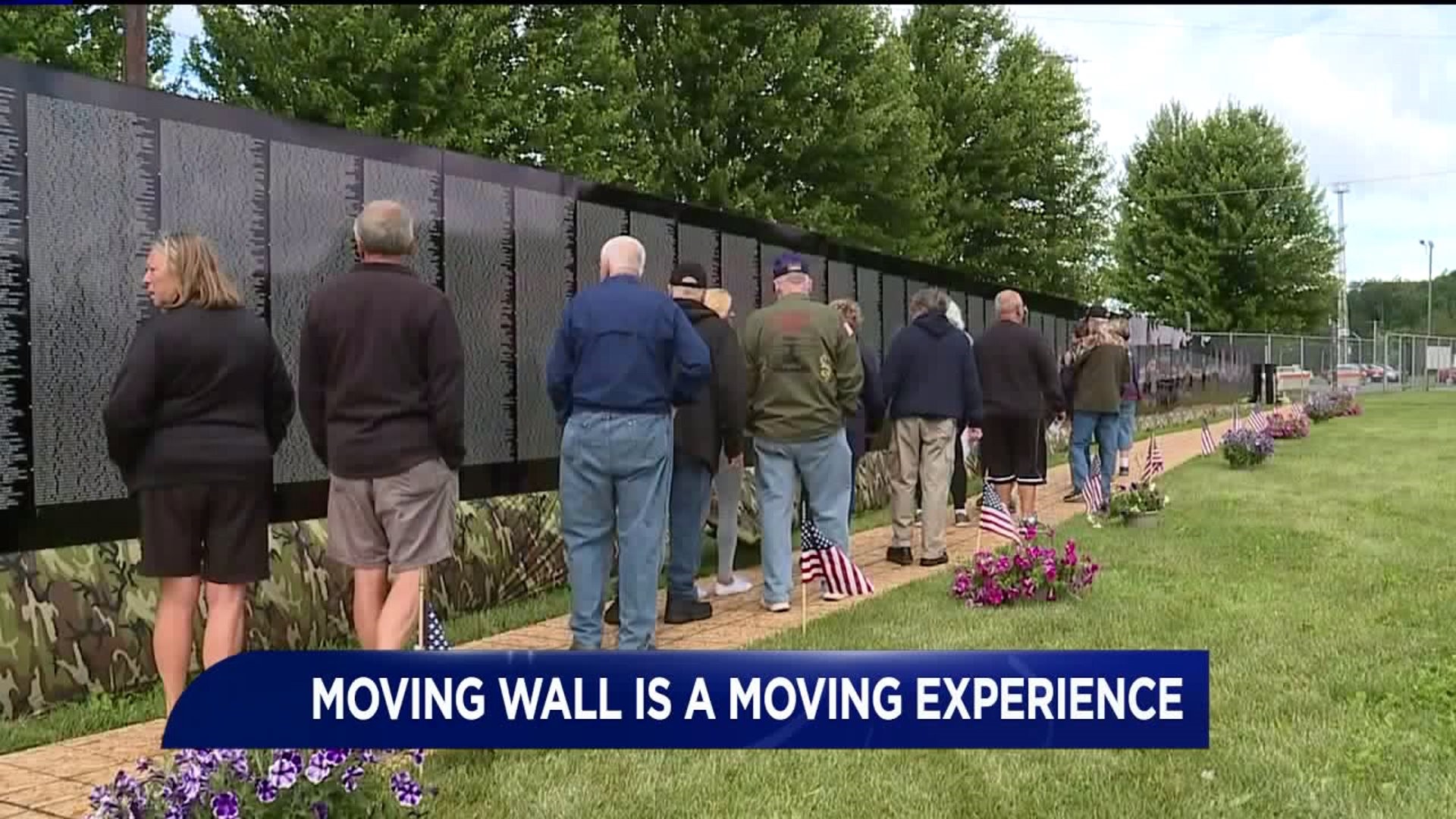 BLOOMSBURG FAIRGROUNDS -- A traveling tribute to those who lost their lives in Vietnam is now open for public viewing in Bloomsburg.

The Moving Wall is a smaller replica of the Vietnam Veterans Memorial in Washington D.C. It's been in other parts of our viewing area before, but this is the first time the wall is in Bloomsburg.

There are more than 58,000 names on the wall of the servicemen and women killed in combat in Vietnam.

There are nine men from Columbia County whose names are on the wall.

Vietnam veterans tell Newswatch 16 it means the world that the wall is here at the Bloomsburg Fairgrounds.

Veterans tell Newswatch 16 the most emotional part about seeing the wall is finding the names of people they served with.

"A buddy of mine I went to school with is on the wall there. I found his name," said Gorman 'Gum' Earnest. "It's sad."

Cary Rhodomoyer wanted to introduce his friends to someone he served with.

"That's the last time I saw him. They died on the mission, all four of them, November 3, 1967," Rhodomoyer said. "People need to know, remember all these people, great, great, great people. There are the names of the heroes."

Dave Stahley carries with him the pictures of two friends he served with.

"Did you find their names today?"

"No," Stahley replied. "it's something you come in by yourself and do." 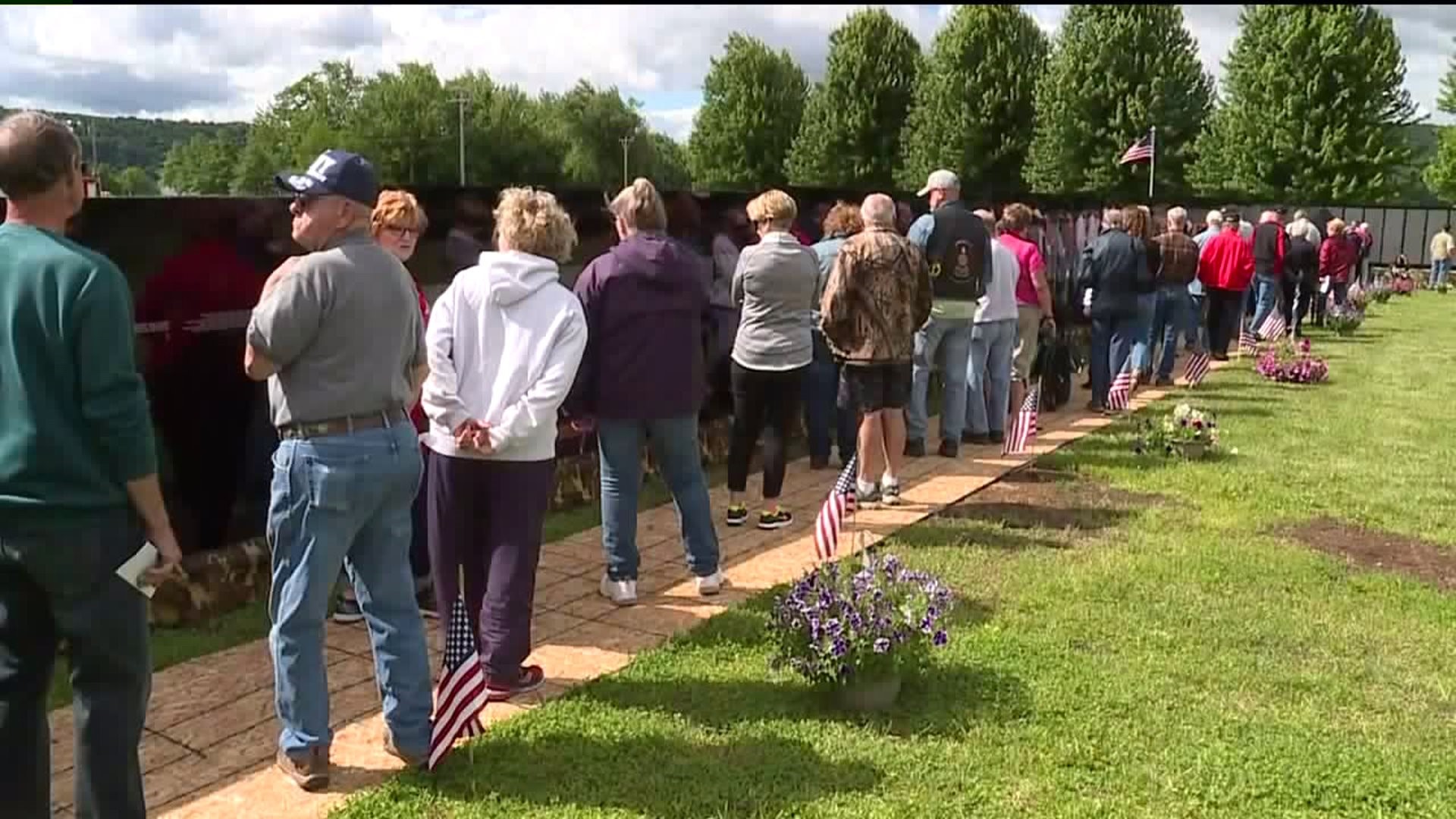 The wall opened to the public Friday morning. The day started off with a ceremony led by Columbia County veterans groups.

After that, Gold Star families viewed the wall, some even traced the names of their loved ones.

"This helicopter came down and burned and I said, 'Oh, thank God he's on the ground.' But he wasn't. He was up there," Jubinski said.

The families of the men from Columbia County listed on the monument viewed the wall first.

"He actually lied about his age to get into the service. He was younger than he should have been," said Elaine Yeick.

Yeick is referring to her cousin Terry Hinkle. She traced his name.

"Quite an honor to be here to know that people are not forgetting. All this is coming forward and you can't forget this. This is something that no one should forget."

Norman Fedder and his wife found some names they recognized.

"One my wife was friends with before the war, and a fellow I was riding with when we got hurt," Fedder said.

The Moving Wall has traveled around the country for more than 30 years. It will be open around the clock until Sunday at the Bloomsburg Fairgrounds.