The Bloomsburg Fair is Back

BLOOMSBURG — An event that’s back this year after it had to shut down in 2011, is the Bloomsburg Fair! Massive flooding last September forced a canc... 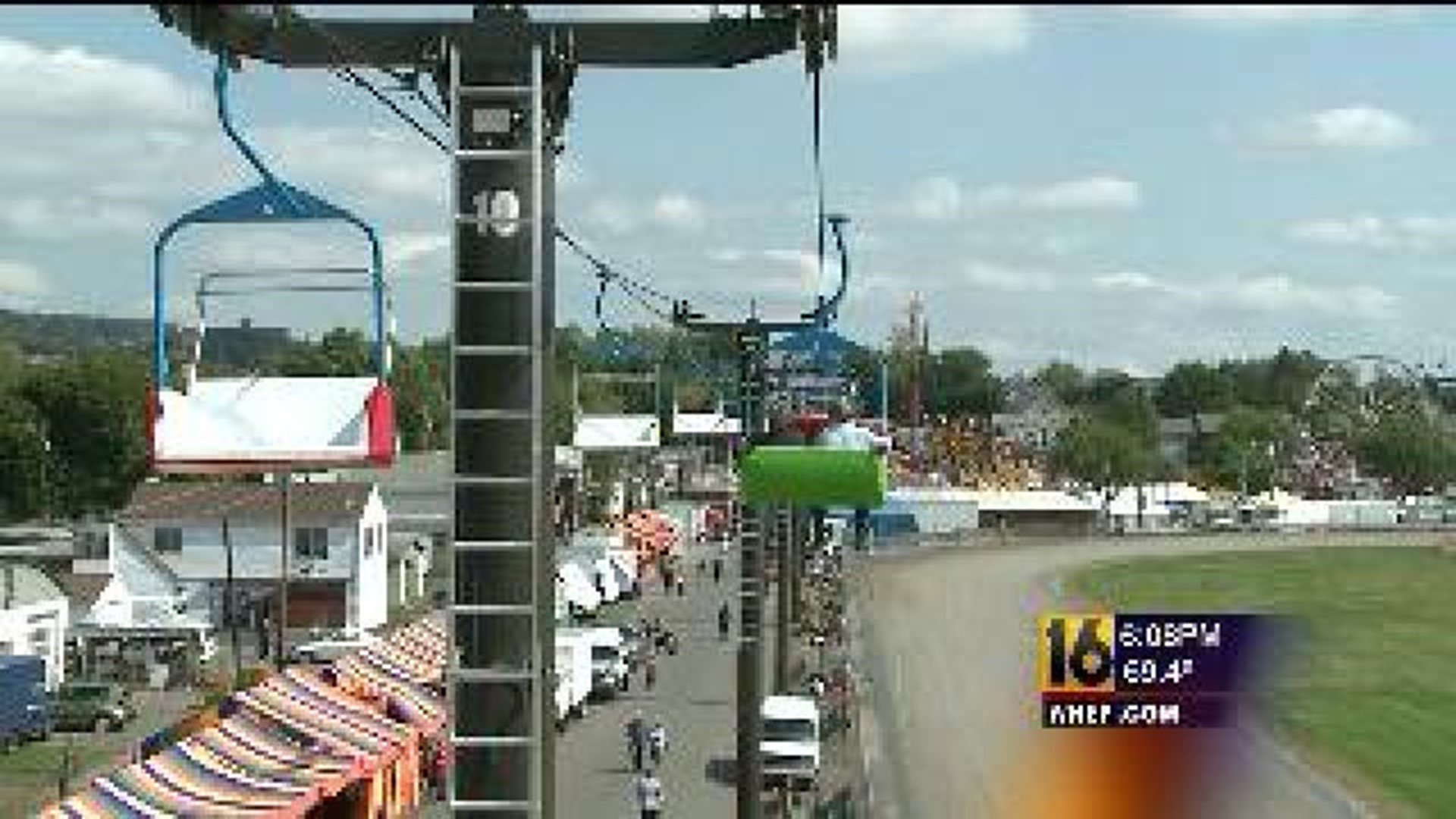 BLOOMSBURG -- An event that's back this year after it had to shut down in 2011, is the Bloomsburg Fair! Massive flooding last September forced a cancellation of the fair for the first time in its more than 150 years. But 12 months later the fair is on once again, and preview day today was held under beautiful blue skies.

It was the first lunch-time rush at the Bloomsburg Fair this year. People waited in line outside Grotto Pizza. The staff said they are ready for a busy week.

"This is our 60th year. I should say 59th since we missed last year. We're glad to be back and as you can see our customers are glad to have us back," said Armand Maschiolo.

Last year's flood cancelled the Bloomsburg Fair. A lot of people were disappointed, but the vendors were hit especially hard.

"We really missed it. I have a daughter who is a sophomore at Penn State, last year she was a freshman. The proceeds from this go a long way towards tuition and it was tough last year not having the fair," said Bob Snyder.

This year's Bloomsburg Fair is dedicated to the thousands of volunteers who helped clean up, making it possible for you and I to enjoy the rides, games and food.

"It's wonderful to see what the community did to get it back up to where it was before," said Karen Kudrna.

Some of the vendors made their food stands bigger and better this year. Bissinger's Apple Dumplings now sells fresh pulled pork and iron kettle soup.

"I'm really glad to be back. There are lots of improvements here. Things look great and everything's coming together well. I'm hoping for a great year," said Sherry Bissinger.

The Bloomsburg Fair is a tradition for thousands of people.

That tradition was broken last year after severe flooding forced fair officials to cancel the Bloomsburg Fair for the first time ever. David Hoppy has gone to the fair 60 years in a row!

"I missed it. My whole year was completely out of synch because of the fair. I look for it every year and without it I was lost," said Hoppy.

However, 2012 is a brand new year. The Bloomsburg Fair is back, and vendors spent preview day getting things ready for the week ahead.

People spent the day filling up on fair food.

"I got family coming in from Missouri and Kansas just for the fair every year. It's a ritual," said Jane Hyde.

There are plenty of things for people to do at the Bloomsburg Fair. The newest and perhaps biggest attraction is the Sky Ride.

It takes people from the main entrance to the rides. The Sky Ride lasts about 12 minutes each way. Fair-goers give it two thumbs up!

The Sky Ride is $3 to get from the main entrance to the rides, and you can get a round-trip ticket for $5.