SOUTH CENTRE TOWNSHIP, Pa. — A teacher in Columbia County was recently honored by President Donald Trump. She was named one of the top math teachers in th... 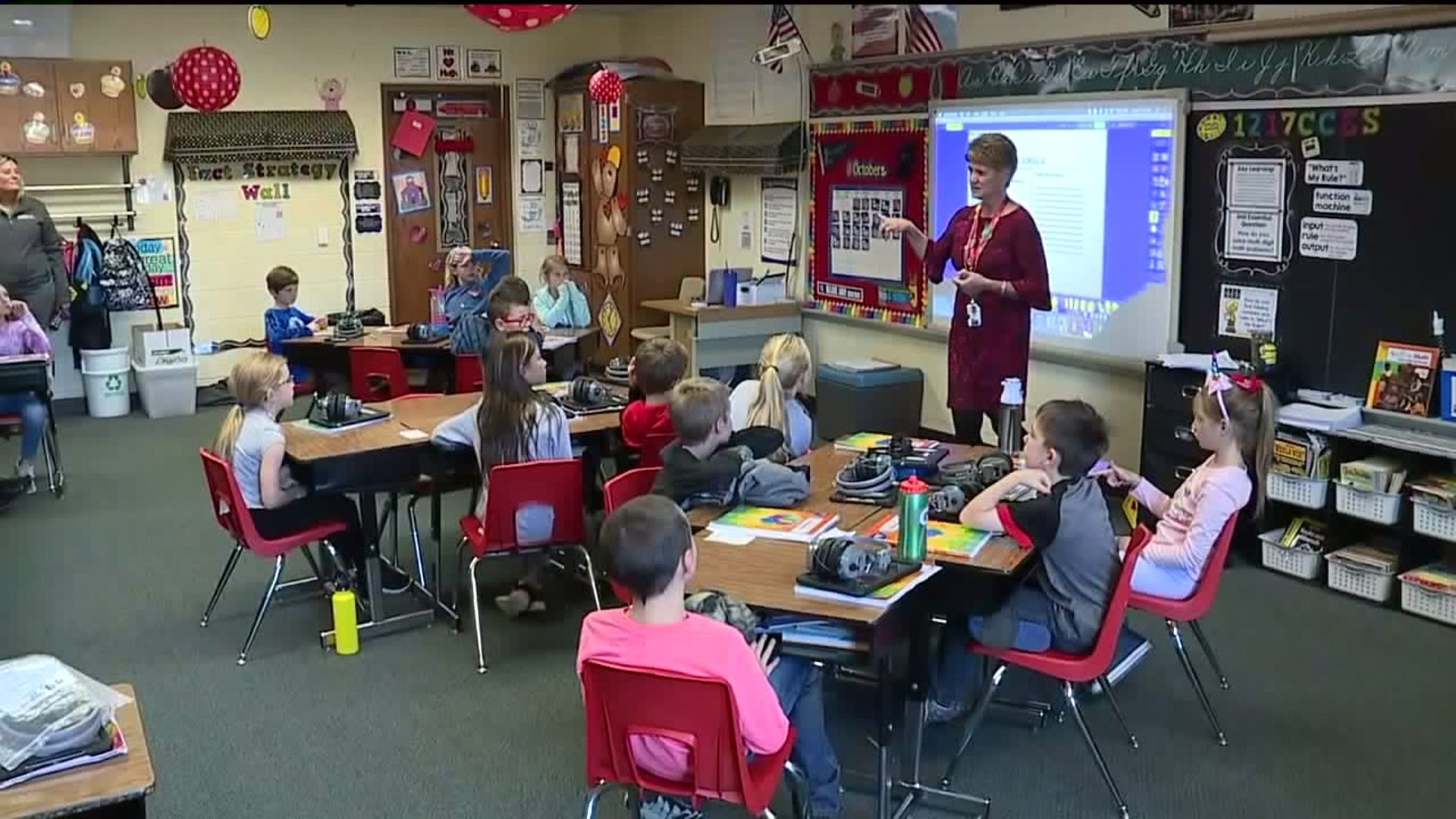 SOUTH CENTRE TOWNSHIP, Pa. -- A teacher in Columbia County was recently honored by President Donald Trump. She was named one of the top math teachers in the country.

These third graders paid close attention during math class at Central Columbia Elementary School near Bloomsburg on Wednesday. The students are learning a lot from teacher Mary Brown

Brown was recently recognized as one of the top math teachers in the country. She is the recipient of the Presidential Award for Excellence in Mathematics and Science Teaching.

"It's just such an honor to be recognized for the hard work that we do," Brown said.

It's the highest honor a math and science teacher can get from the U.S. government. More than 100 teachers, including Brown, were recognized last week at a ceremony in Washington, D.C.

"I think it's really happy to know that she got that award because I feel really happy for her, and I've got the best teacher in third grade," said third-grader Easton Gonder.

"It's a lifelong skill they have to learn and to do that in a way they want to continue to grow is really what I try to do for them."

Brown's students are not surprised she won the award.

"She's really nice, and if I need help, she'll come to me and help me," said third-grader Lilyana Unger.

Brown got a certificate signed by President Donald Trump and a $10,000 award from the National Science Foundation.