BERWICK — A piece of American history that played a role in World War II is back home in Columbia County. Thousands of Stuart Light Tanks were made at a f... 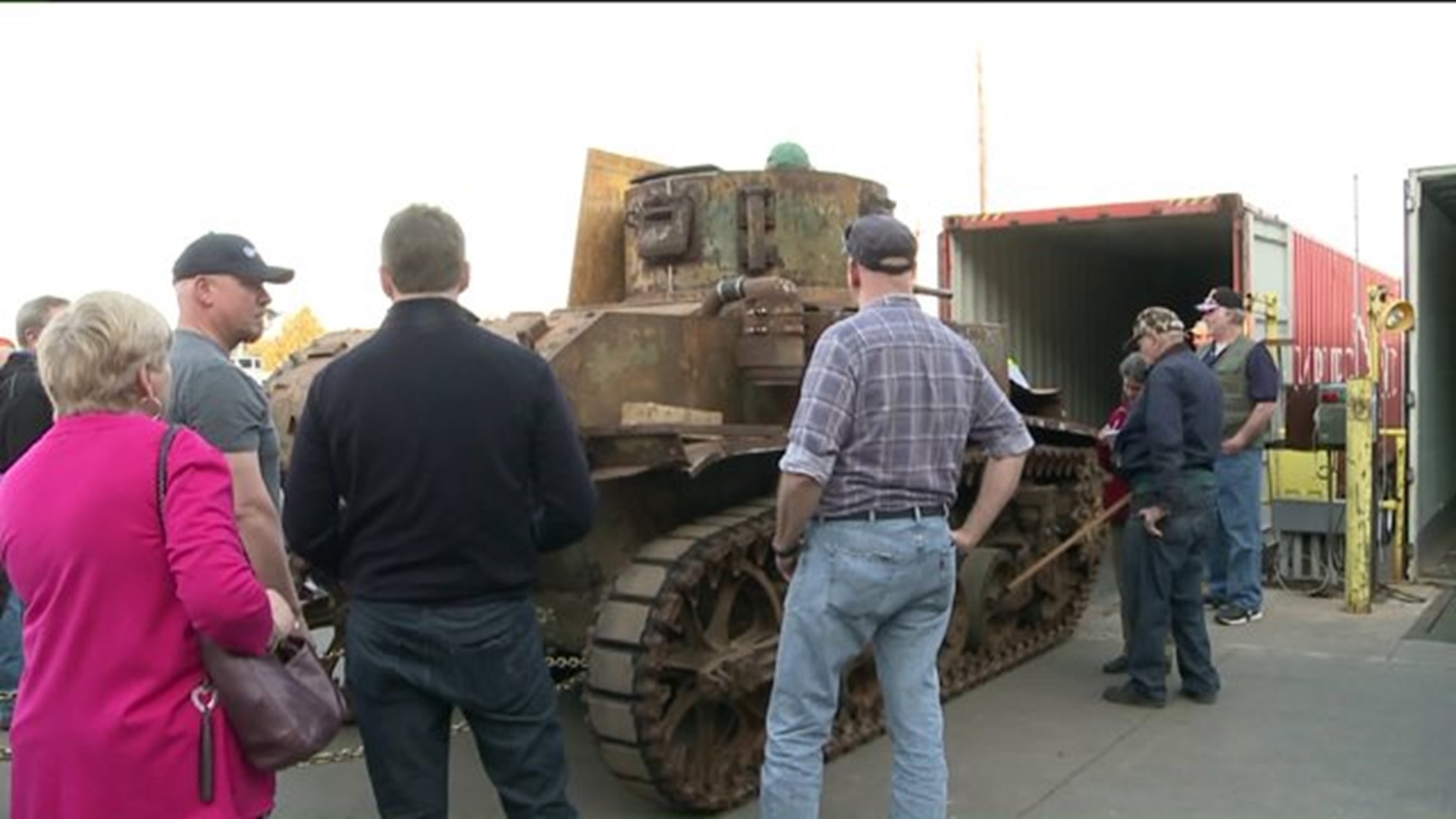 BERWICK -- A piece of American history that played a role in World War II is back home in Columbia County.

Thousands of Stuart Light Tanks were made at a factory in Berwick in the 1940's. One of those tanks returned to the borough for good. It was a historic homecoming for the crowd who welcomed it back Wednesday.

“It will be 12 years in July that we've been working on this,” said Commissioner David Kovach D-Columbia County.

“This is the final chapter. This is what it's all about that we brought it home,” said WWII veteran Dick Donald.

The Stuart Light Tank, called a Stuie, was among 15,000 Stuie Tanks built from 1940 to 1944 at the former American Car and Foundry factory that once stood inside the industrial park.

The tanks were used in combat during World War II in Europe. Many at the celebration are veterans of the war.

“It's almost like uniting a family.When you lose somebody in battle and they're over there, and they finally come home, that's the closing,” said Donald.

Veteran Joe Messina worked at the factory, testing the tanks.

The plan is to eventually have the Stuie Tank placed at the entrance to the industrial park. It will serve as a memorial to the Stuie Tanks, the factory, and the thousands of people who worked there.

There is already a historical marker set at the memorial site, which was put there last September on V-E Day to honor the 9,000 workers.

Commissioner Kovach was part of the effort to get the tank and marker for the employees.

“There was workers from 177 communities that all worked on the tanks and the bulldozers and the artillery shells. We were on Hitler`s bomb list,” said Kovach.

But before the tank goes to that memorial, it will be on display at events through the summer. The first event is a "Welcome Home Stuie" Parade set for April 3 in Berwick.