BERWICK, Pa. — It’s not every day the seniors at the Berwick Retirement Village get to see a holiday concert. But on this day, students from Berwick... 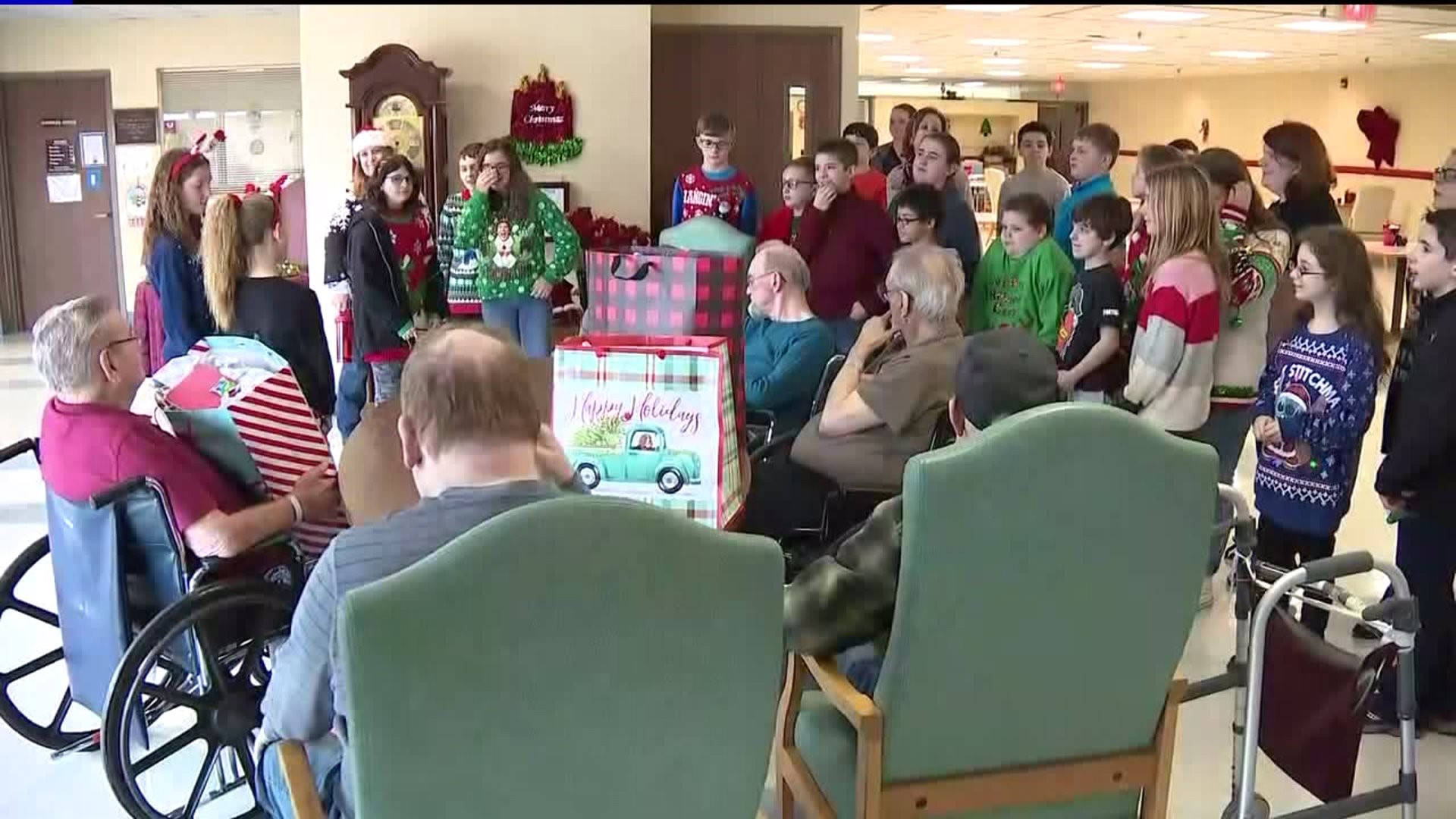 BERWICK, Pa. -- It's not every day the seniors at the Berwick Retirement Village get to see a holiday concert. But on this day, students from Berwick Area Middle School sang Christmas carols.

The students also brought Christmas presents for the facility's veterans.

"We got him a blanket, grip socks, a bunch of chocolate and crackers, and we wrote him a letter that had a poem on it," Emily Brekke said.

The students raised around $1,000, and they used that money to buy presents for the veterans.

"We knew how many veterans we had, male, female, things like that. We shopped for them in specific groups," explained sixth-grade teacher Aileen Lear.

The veterans enjoyed seeing the students.

The students were happy also to see the vets.

"Everyone is important. We need to remember everyone, especially on Christmas. Everyone deserves to have Christmas presents," Bailey Pursel said.

"They learn how to give. I think that's the biggest thing at the holiday time, to think about other people. We always talk about honoring veterans, so that pulls that other piece into it as well," Lear added.