Before Friday Southern Columbia hadn't lost a football game of any kind in more than four years. 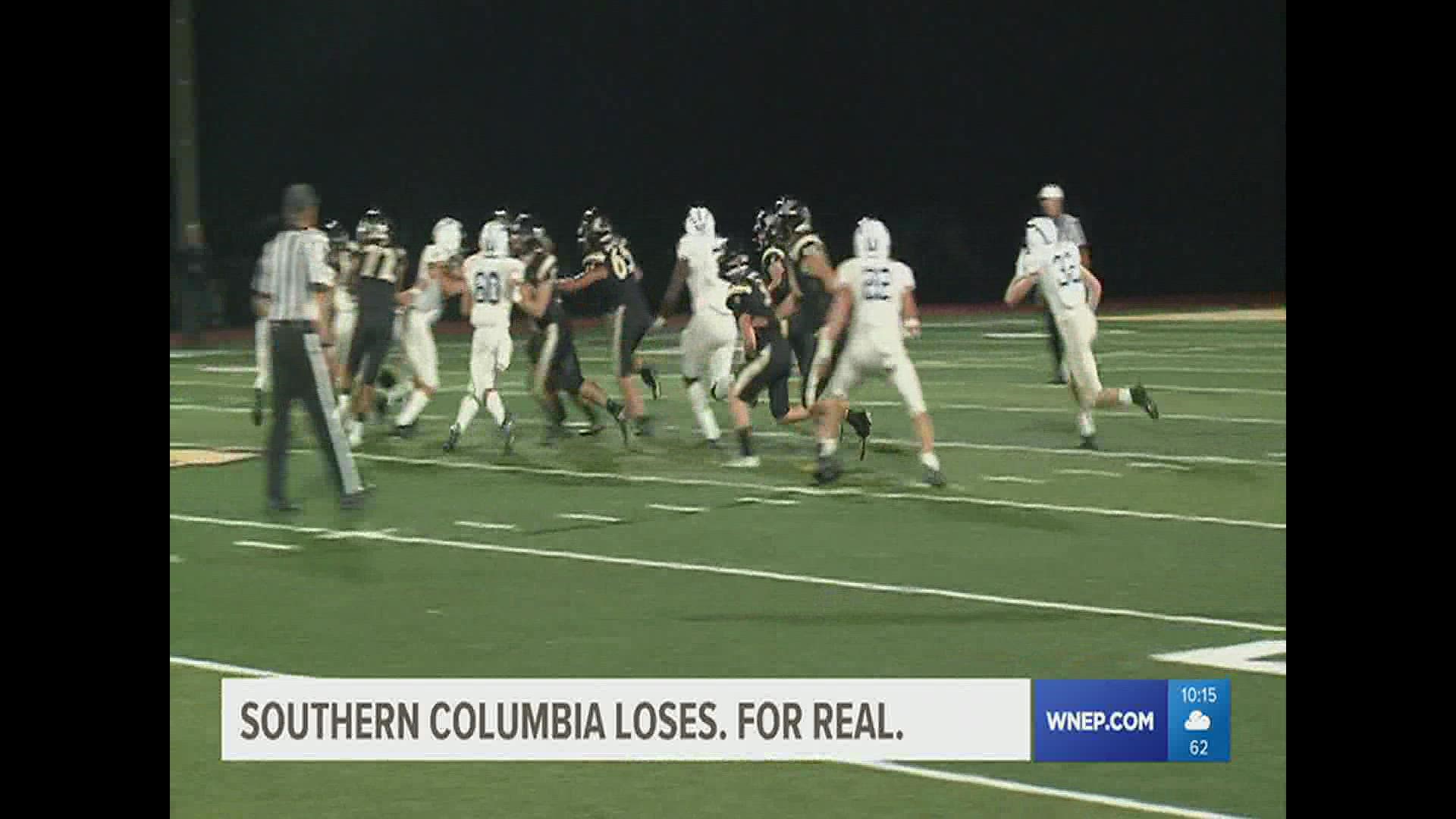 CATAWISSA, Pa. — It was bound to happen someday.

Southern Columbia's winning streak, the longest in the nation, was snapped Friday night by Wyomissing, a bigger high school from the Reading area.

Before Friday, Southern Columbia hadn't lost a football game of any kind in more than four years.

"Everybody around here knows who Southern is and their reputation for being almost unbeatable. Until today," said Nathan Smith.

Southern's last loss came in December of 2016 in the state championship game against a school from western Pennsylvania, and that was in the playoffs.

In the regular season, Southern hadn't lost in 10 years., not since October of 2011.

That's 93 straight victories in the regular season, a streak that was snapped one shy of the Pennsylvania state record.

"93 regular-season wins in a row is not going to be touched again in our lifetime. So it's over with," said Dave Fegley.