FRANKLIN TOWNSHIP, Pa. — Students in the Southern Columbia Area School District thought they were being treated to a day of board games in the library, bu... 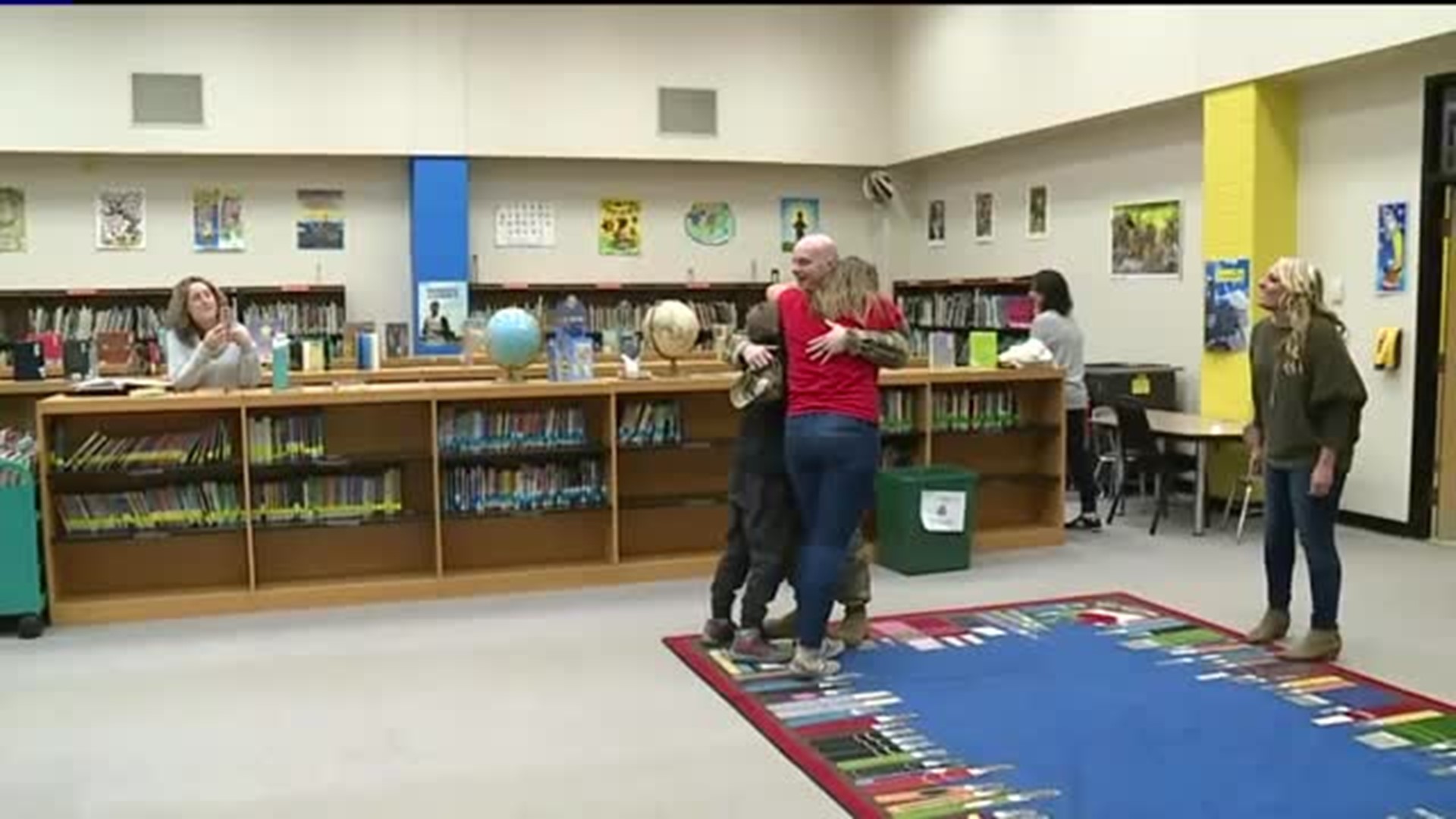 FRANKLIN TOWNSHIP, Pa. -- Students in the Southern Columbia Area School District thought they were being treated to a day of board games in the library, but actually, they were part of a big surprise.

The kids were shocked when they found out they were not there to play board games, instead, they were there to witness a military homecoming.

Third and seventh graders in the Southern Columbia Area School district gathered in the elementary school library to play board games. Ava and Madden Gaul are siblings and were excited to get some time out of class to play games.

"We're playing games because we were doing good in school and there is a bunch of games that we can play," said third grader Madden.

“We're having fun with the kids and playing with them, and just help them out and play with them and see if they're playing nice and stuff," added seventh grader Ava.

But the kids didn't know that this was all a setup and another member of their family was going to show up to play.

Their stepdad and major in the Army is back home from his deployment in Poland. He has been gone since September. He came to the school to surprise the kids.

“I was nervous, honestly, I was nervous and didn't know what to expect and I was actually hoping the kids would respond in a way that said, ‘I missed you,’ and I think we got that," said Maj. Terry Cropf.

“As soon as I saw him, I was so shocked and surprised, and I just ran up to him and started crying because I was so thankful that he’s home," Ava said.

“He means a lot because he's a great stepdad and it’s amazing how he is in the Army and stuff," Madden said.

While Maj. Cropf was in Poland, the third grade class at Southern Columbia constantly wrote him letters, and to show his appreciation, he brought them all back a pin and certificate.

“When you get stuff like this from kids who are taking their time and taking an effort to write something nice, to ask me how I’m doing, that helps offset that emotional burden from the separation and the other things we are doing on a daily basis," Maj. Cropf said.

Maj. Cropf says it’s good to be back home and he can't wait to spend some time with his family.