Shutting down Centralia to visitors trespassing on property

The "Graffiti highway" os now covered with piles of dirt. 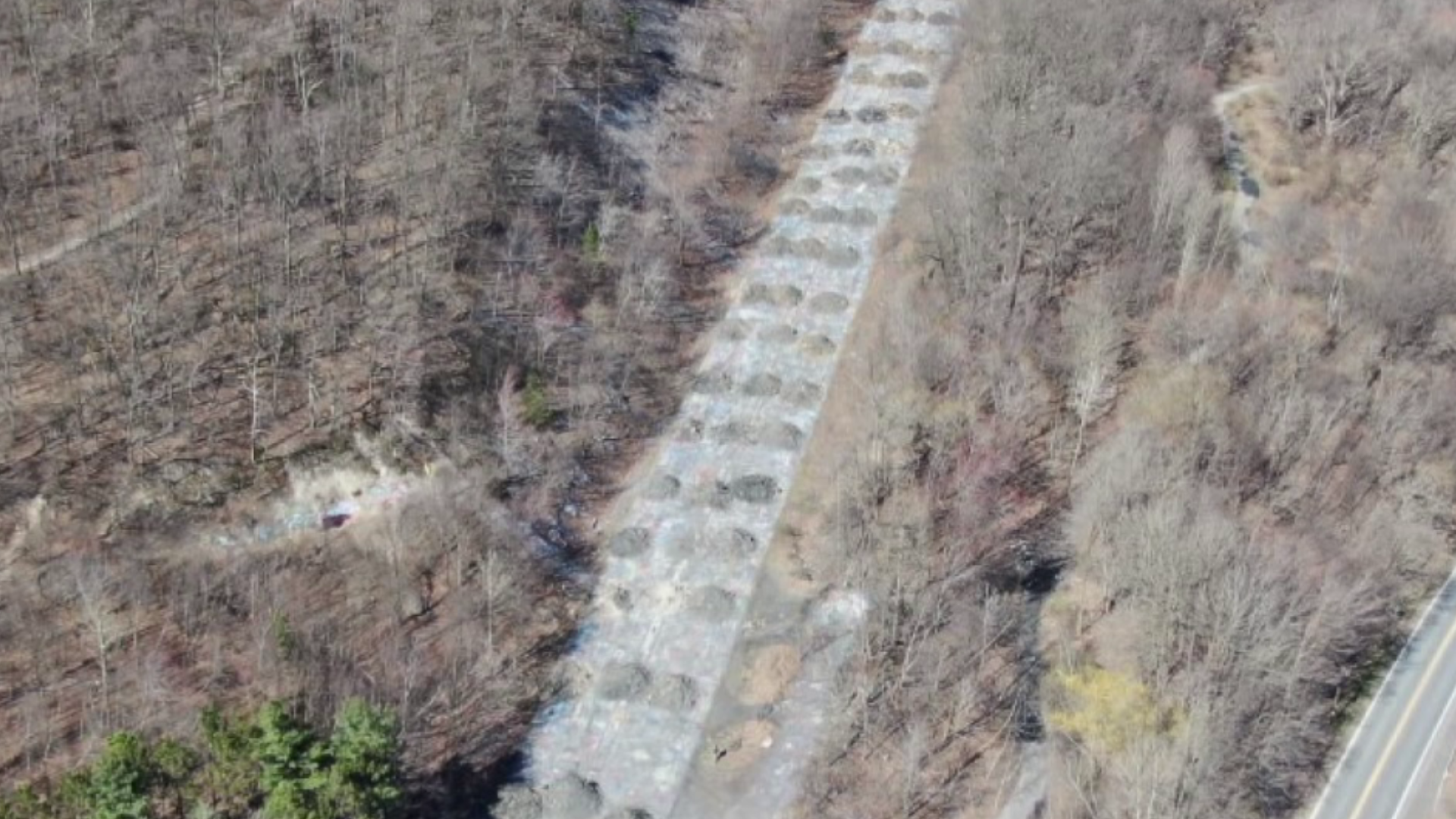 CENTRALIA, Pa. — Another casualty of the coronavirus is one of the area's most recognizable landmarks, the "Graffiti Highway" in Centralia.

It has been closed for years, but it became a sort of a macabre attraction for visitors to see what remains of the former coal town.

Visitors came from near and far throughout the day to Centralia.

The former coal mining borough in Columbia County has sat nearly empty for decades after a coal mine fire drove residents away. Now, it's seen as an unofficial tourist site where plenty come to stop and see Centralia's ghost town.

"It's pretty cool, the story behind it's cool," said Hannah Quinn, who came up from Harrisburg. "I guess they said it's an abandoned town and stuff, kind of like spooky."

However, there's more of a sense of urgency to visit Centralia.

Pagnotti Enterprises, the owner of the property, is finally putting a halt to the large crowds who gather there.

Guarna says people trespassing on the property has become a liability for Pagnotti.

"I think a few weeks ago, there was a fire there, people just starting fires," said Guarna. "They're doing a lot of damage to the community there, and it's time that ends right now."

"There was a couple videos of people partying down here that I saw, and people were posting videos of that, so I'm assuming the owners got fed up and decided they were going to fill everything in," said Anthony Procopio from Shamokin.

The company hired to bring the materials out to cover the road believes it should take about three to four days to do so.

"We'll bring in approximately 400 loads of material, and then we'll level it off, and then we'll probably plant it, and hopefully there will be trees and grass growing there," said Guarna.

State troopers were on-site to deter people from gathering in the woods, but a steady stream of visitors continued to show up.

"We just happened to come up this way, and we didn't know this was going on until somebody said something. They were like 'you know they're closing it right?'" said Mike Sheetz, who rode his motorcycle out from Williamsport with friends. "Well, I guess we picked the right day to go."

Our calls to Pagnotti Enterprises were not returned.