LOCUST TOWNSHIP, Pa. — A family in Columbia County is back together again. The family is Mennonite and they said it was divine intervention that their son... 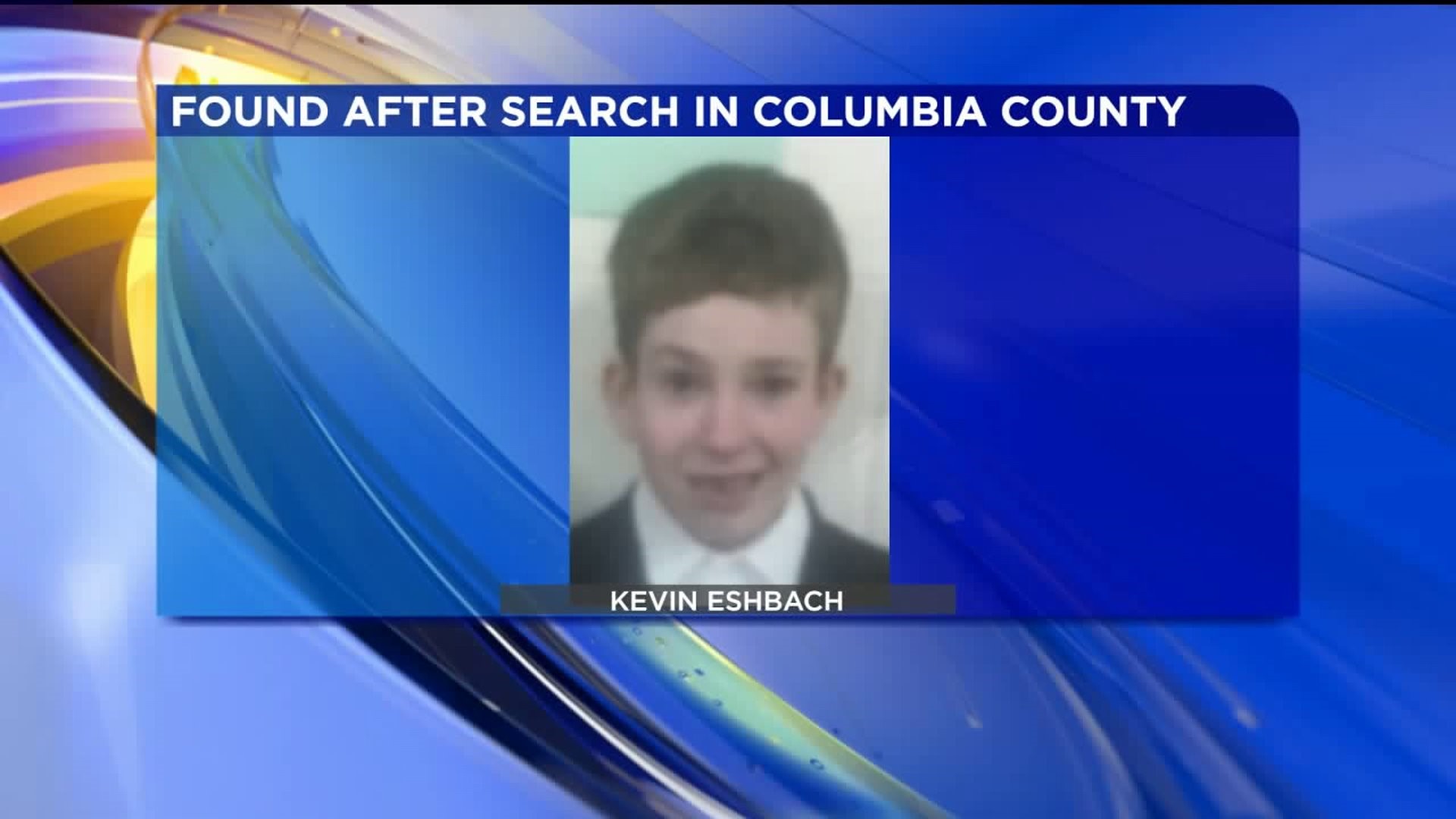 LOCUST TOWNSHIP, Pa. -- A family in Columbia County is back together again.

The family is Mennonite and they said it was divine intervention that their son was brought home safely and at just the right time.

Newswatch 16 caught the moment 18-year-old Kevin Esbach was brought back safely to his family’s home in Locust Township.

Police said he was missing for seven hours until family friend Howard Cowell found him.

Police said Eshbach has the mental capacity of a ten-year-old. K-9 units from across the area were brought in to track his scent, while about 100 volunteers searched the area near his home.

He was found at a barn two miles from his house.

“I rolled by it once before and yelled and stopped but he didn't come out. Maybe he wasn't there yet - but then when I came back a second time I spotted him when I drove by. I backed up and picked him up,” Cowell said.

The family didn't want to talk to Newswatch 16 on camera but they said they're incredibly thankful to all the volunteers who helped look for their son.

“We're very excited, excellent. Very positive, it's a positive ending to this - what could have been a bad situation. We were blessed by the weather this week,” Locust Township Police Chief Allen Breach said.

“It was starting to get colder out - getting dark. The nighttime searches, it gets very difficult for everybody's safety - not just his. It's very exciting and a positive. We got him back before supper,” Breach said.

Police said neighbors were calling all day to report sightings of Eshbach and that played a big role in bringing him home.