Run for the Diamonds a Thanksgiving Tradition

BERWICK — A long-time Thanksgiving tradition in Berwick had people “racing” off their dinners before they even sat down to eat. Despite chilly... 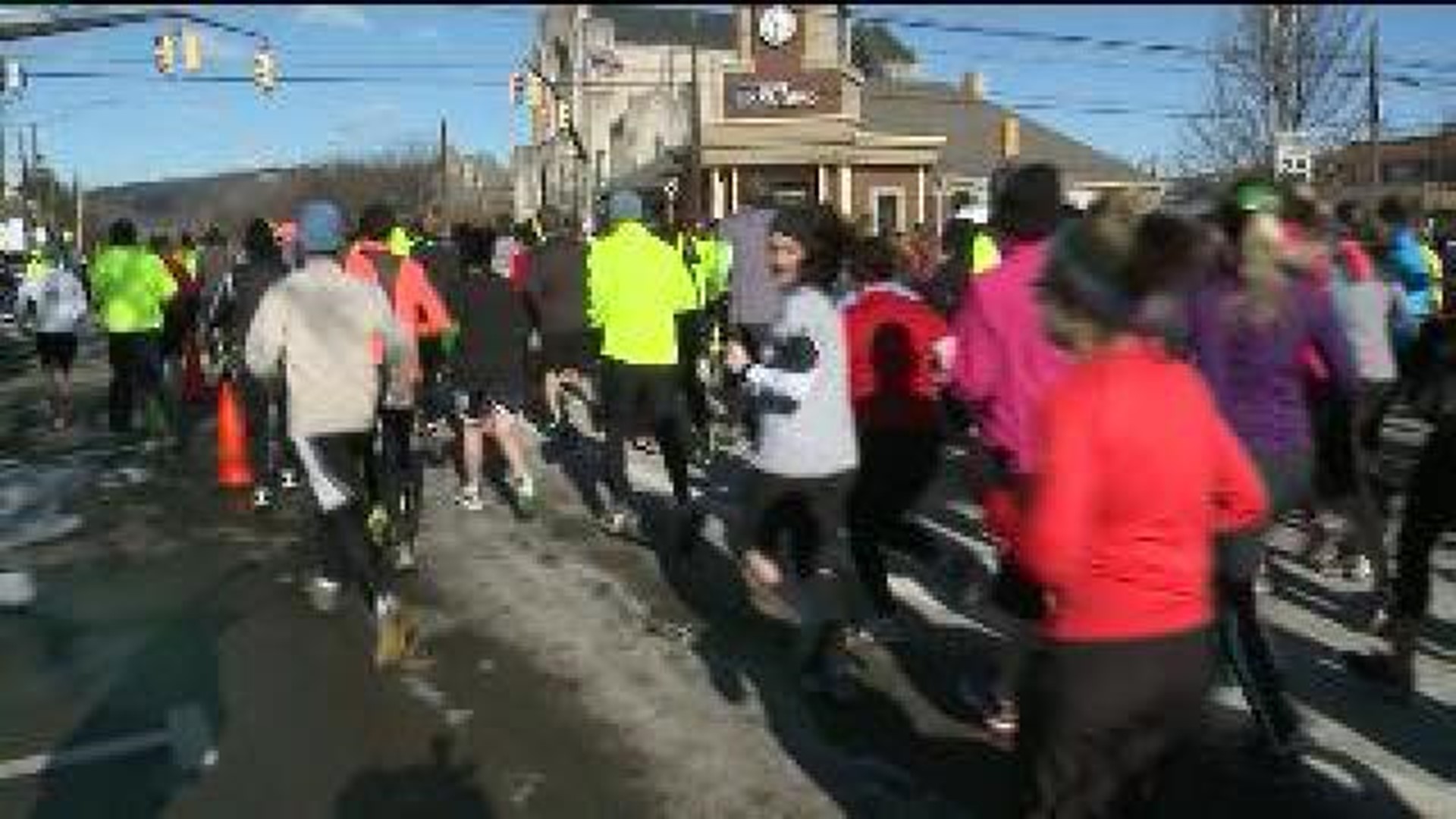 BERWICK -- A long-time Thanksgiving tradition in Berwick had people "racing" off their dinners before they even sat down to eat. Despite chilly temperatures, this year's 104th annual Run for the Diamonds drew more than 1,600 runners.

The Run for the Diamonds in Berwick is a Thanksgiving Day tradition for people all over northeastern and central Pennsylvania.

"It's exciting and it's nine miles. I've been doing 5Ks, so I wanted to push myself further and do a nine-mile one," Kelly Lucas of Scranton said.

The race is in its 104th year. The top finishers win diamonds, but many people say that is not why they do it.

"Well, I think because it's on Thanksgiving, you can run and then go pig out afterwards," Justin Ondrey of Scranton said.

"I heard about it from other friends on my cross country team and decided to do it," Franklin Cunningham of McAdoo said.

Many of the runners say, even though it was cold, they are happy the weather stayed dry.

"It's the coldest I've run in, so it's going to be tough, but I'll push through it," Lucas said.

"Some years, it's been kind of warm in the 50s, and that's a little better, but this is a really good running day, actually. There's no snow or rain or anything," Ondrey said.

This year's race is special for Barbara Derr of Bloomsburg. She had a stroke about six weeks ago, but that did not stop her from running.

"I just decided I was going to do it. I wasn't going to let it get me down and do it," Derr said.

Derr's family was there to support her every step of the way.

"Cheer her on, make her do good. It's a Thanksgiving tradition, right? Yep," Christina Ulrich said.

Many of the runners say they look forward to going home and eating Thanksgiving dinner.  After nine miles, they deserve it!