‘Rocket and the Donut Man’ at the Bloomsburg Fair

BLOOMSBURG, Pa. — Jim McKeone is known as the Donut Man at the Bloomsburg Fair. He has four stands and a bakery in Schuylkill Haven. He was also known for... 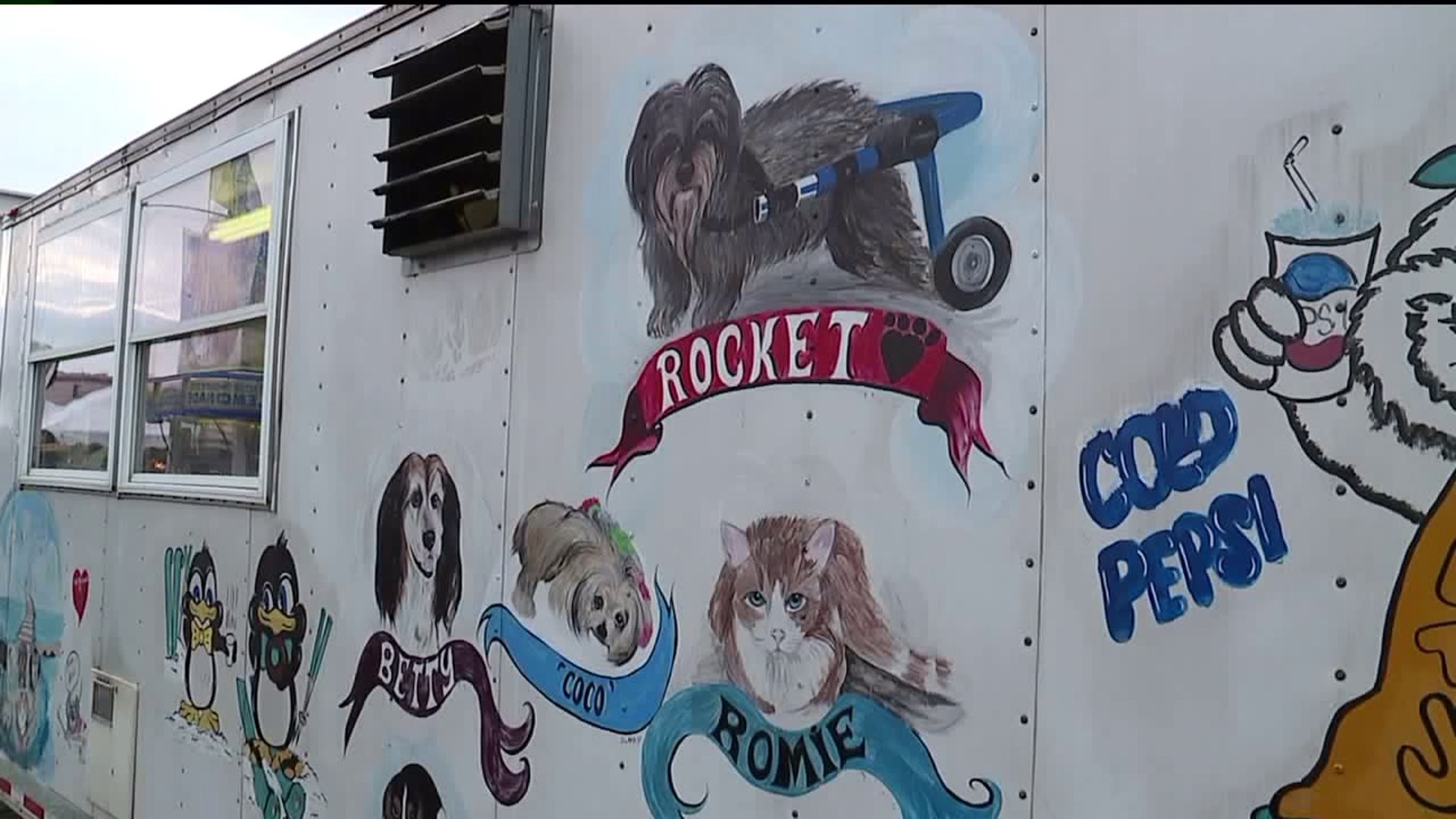 BLOOMSBURG, Pa. -- Jim McKeone is known as the Donut Man at the Bloomsburg Fair. He has four stands and a bakery in Schuylkill Haven. He was also known for his dog Rocket, who used a wheelchair and was a fixture here at the fair. Now Jim is honoring Rocket's memory.

Plain and Fancy Donuts has been a staple at the Bloomsburg Fair for more than 50 years. People stop by the stand on B Avenue for a sweet treat but also for something else. Owner Jim McKeone aka the Donut Man and his dog Rocket sat here greeting fairgoers.

"Rocket just loved people. He absolutely loved being here and he used to get all the attention. We had probably 100 people a day stop to see him, talk to Rocket, and pet him," McKeone said.

Jim adopted Rocket after Newswatch 16 featured the pup in December of 2008. Rocket was hit by a car and was left paralyzed. The dog used a wheelchair.

"He was my soulmate. We did so many things in the nine years that I had him."

"If one person came in, 100 did, and the first thing that came out of their mouth was, 'where's Rocket?'"

Now Rocket's memory is living on through this new book, "Rocket and the Donut Man."

"I broke my leg in June and people were sending me books about rescue animals, and I'm like Rocket's book was never written. I'm going to give it a go," said the book's author Dr. Mary Lombardo, who first treated Rocket.

"He was so special right from the beginning. We just couldn't put him to sleep. He was too dear."

The book came out last week and Jim is selling it here at the fair. 100 percent of the book's proceeds will go to animal charities. Jim says that's what Rocket would have wanted.

"Even after he's gone, his memory lives on and he's going to continue to save animals."

In addition to being sold at the fair, the book is available on Amazon for $12.99.