BERWICK, Pa. — A man from Berwick used his retirement to give back to animals in need Larry Moyer didn’t want a party to celebrate his retirement, b... 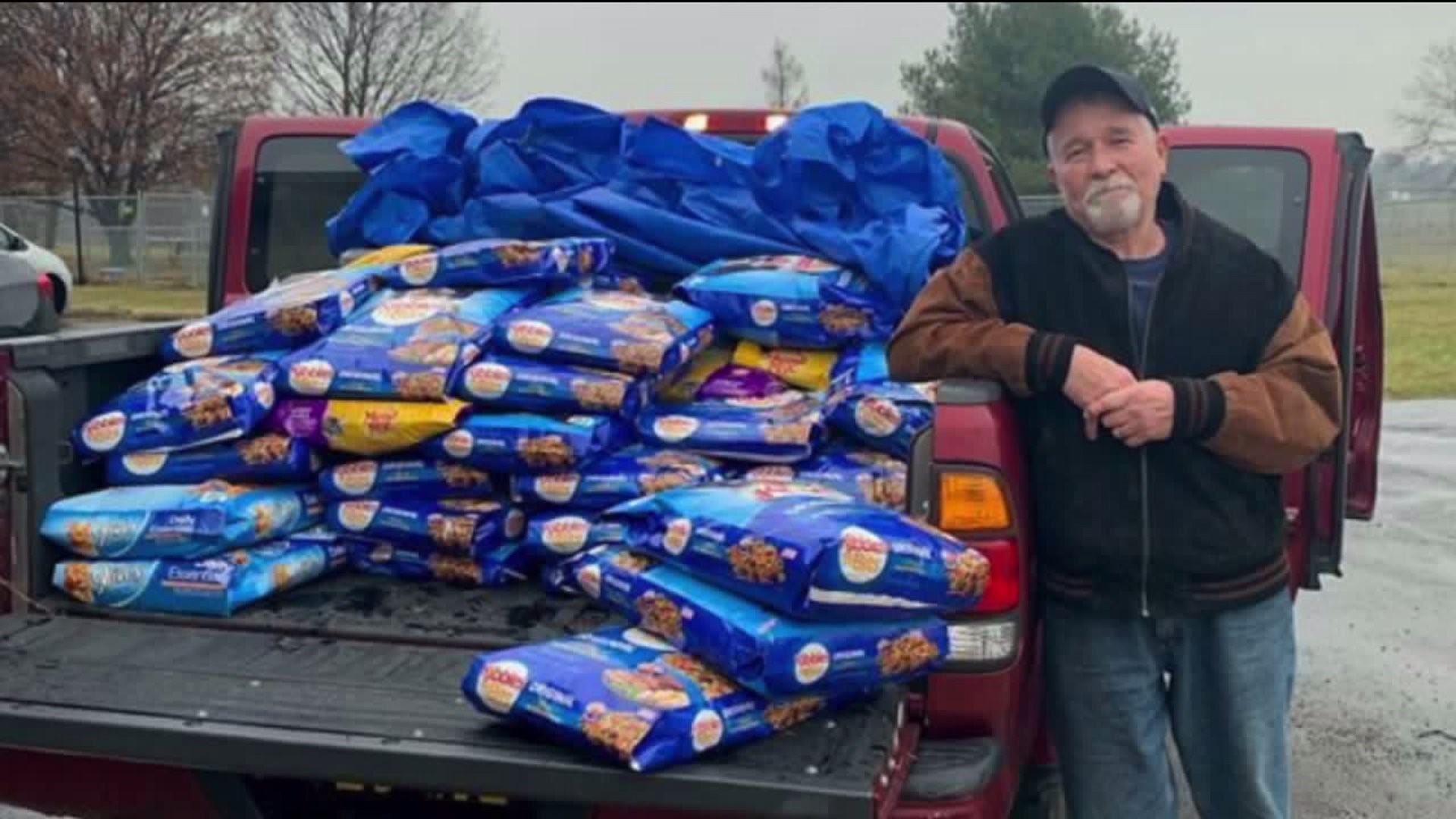 BERWICK, Pa. -- A man from Berwick used his retirement to give back to animals in need

Larry Moyer didn't want a party to celebrate his retirement, but he did ask his coworkers for some gifts. Employees at his company banded together to help him make the largest donation of pet food a local shelter has ever seen.

The site manager here at the Pennsylvania SPCA near Danville received a phone call asking if they had room for a large donation.

"When people say large donation it's usually like a couple bags of food, but he did pull around the back of the shelter and it was just like completely full, his whole truck," Kristen Szwast said.

Moyer explained to shelter employees that the bags of pet food were gifts to him from his colleagues. After 49 years of working at Smucker's in Bloomsburg and ahead of his January retirement, Moyer asked there be no cupcake display or party. Instead, he wanted people to bring in a bag of dog food for their local shelter.

"It was massive. It was probably the biggest donation I've ever seen as far as pet food goes," Szwast said.

Not only did Szwast's donation help feed animals here at the Pennsylvania SPCA near Danville, but many of the 100 bags of dog food he brought will go to pet owners in need.

" One of the services we offer is our pet food pantry, so if you're coming on a hard time and you can't afford pet food, what we have, we will open our doors to you and help your family through that struggle, just so that you can keep your pet in your home because pets are family," Szwast said.

Szwast tells us the pet food pantry is held once each month. The big donation was distributed, in part, at their most recent pantry and they still have plenty to give out.

According to employees, the pet food pantry provides assistance to about 50 families each month.