Recovered osprey released into the wild

A wildlife center in Schuylkill County spent the last two months nursing an osprey back to health. On Friday, the bird was released back into the wild. 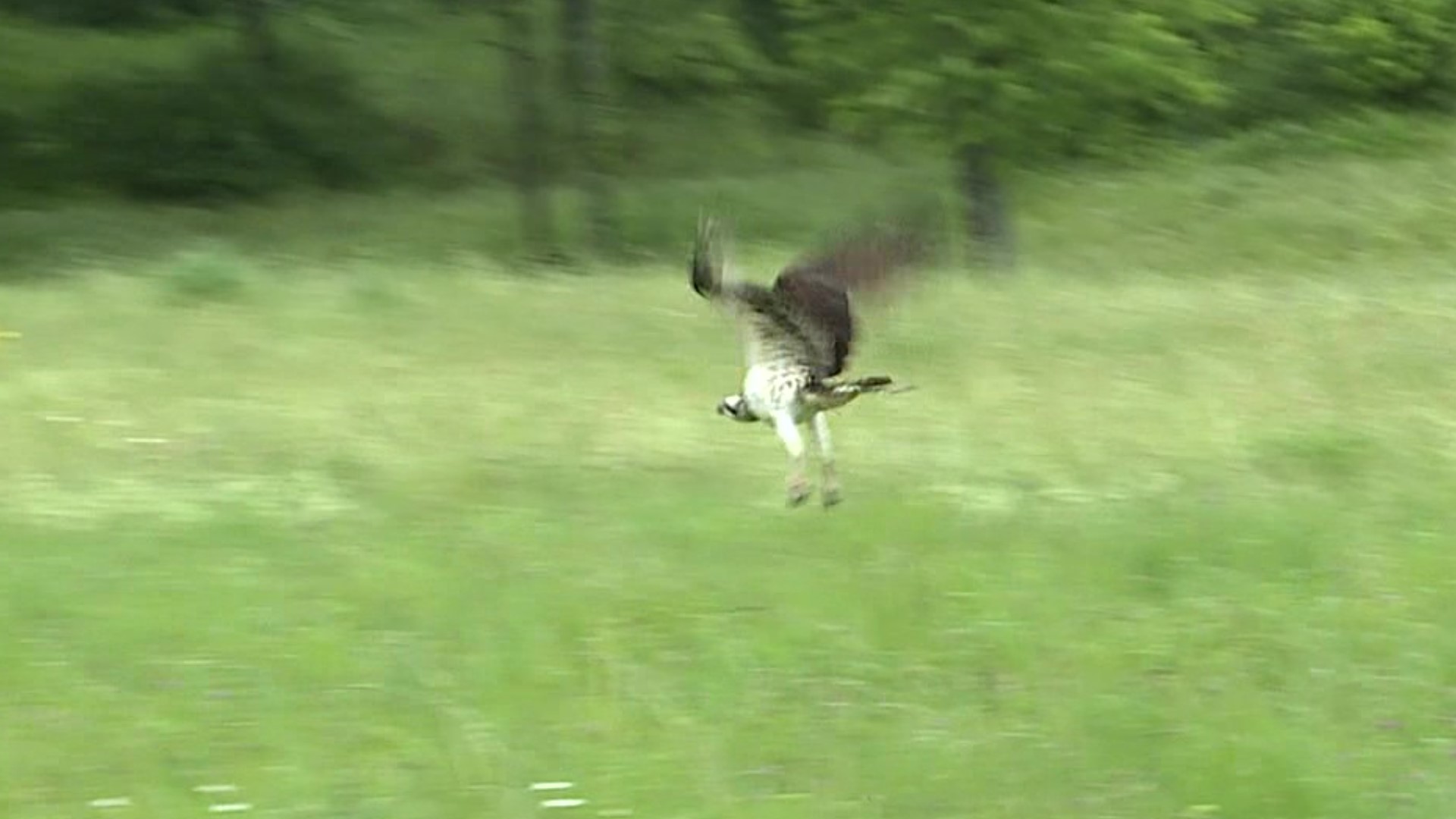 CATAWISSA, Pa. — On April 12, some golfers at Knoebels Three Ponds Golf Course found something they did not expect at hole 16: a badly injured osprey.

Knoebels employees contacted State Game Warden Michael Workman who says the adult female bird had a concussion and a fractured pelvis. The osprey was taken to Red Creek Wildlife Center in Schuylkill Haven.

"There they were able to take the bird, rehab it, let it grow from its injuries. I know it even had some surgeries," State Game Warden Michael Workman said.

"It basically sat inside for a month while they got it all healed up. Then they moved it to an outdoor 100-foot flight pad," Mark Catalano said.

Ospreys are raptors and they are common in Pennsylvania. This one spent nearly two months gaining strength at Red Creek Wildlife Center. But on this day, it was time to be released.

The osprey was released at a farm in Catawissa. It took her a few seconds but once she started flying, she did not look back.

"It's healthy, it's ready to go. It doesn't appear to have any issues. We're positive it will do well in the wild," Workman said.

"This is one of the good things about doing what I do. I don't mind volunteering. When you're able to help wildlife and being able to release them back into the wild. You saw she took off just fine. She should do very well in the wild," Catalano said.

Workman says ospreys mate for life, so hopefully, this one will be back with her family soon.