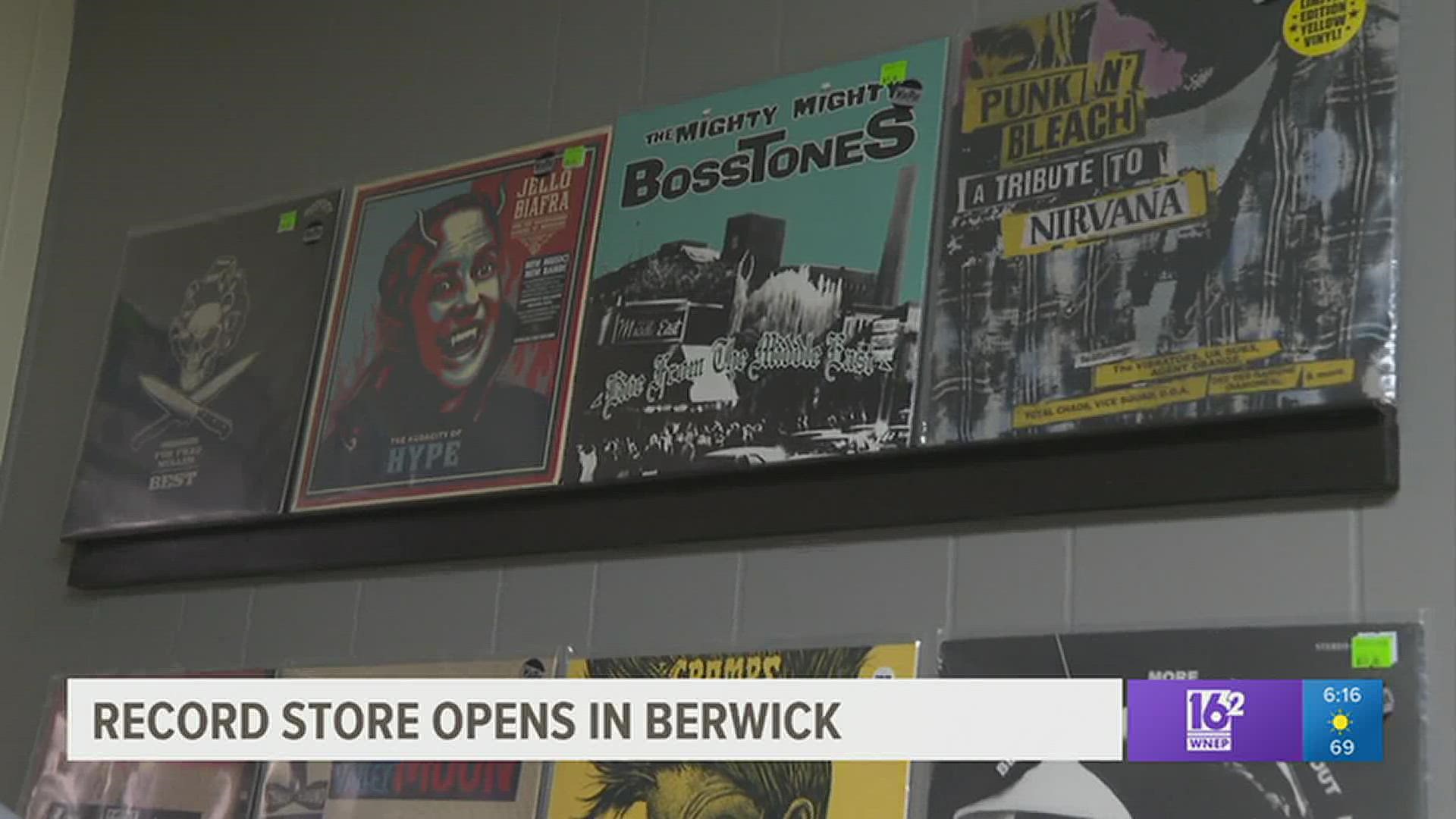 BERWICK, Pa. — Music lovers in Columbia County are rejoicing over the grand opening for a new record store.

The owner Mark Collier decided to open up a permanent shop after having success with a pop-up vinyl record sale over the supper.

WaxPax is in the same building as Collier's wife's chiropractor office. She traded out some extra office space to make his dream a reality.

The owner says he will be updating his inventory every few weeks and selling local art at WaxPax Records in Berwick.