Parents, Students Lash out at School Board After Bullying Possibly Led to Student’s Suicide

FRANKLIN TOWNSHIP, Pa. — Tempers flared at an emotional school board meeting in Columbia County after a tragedy in the school community. Emotional, angry,... 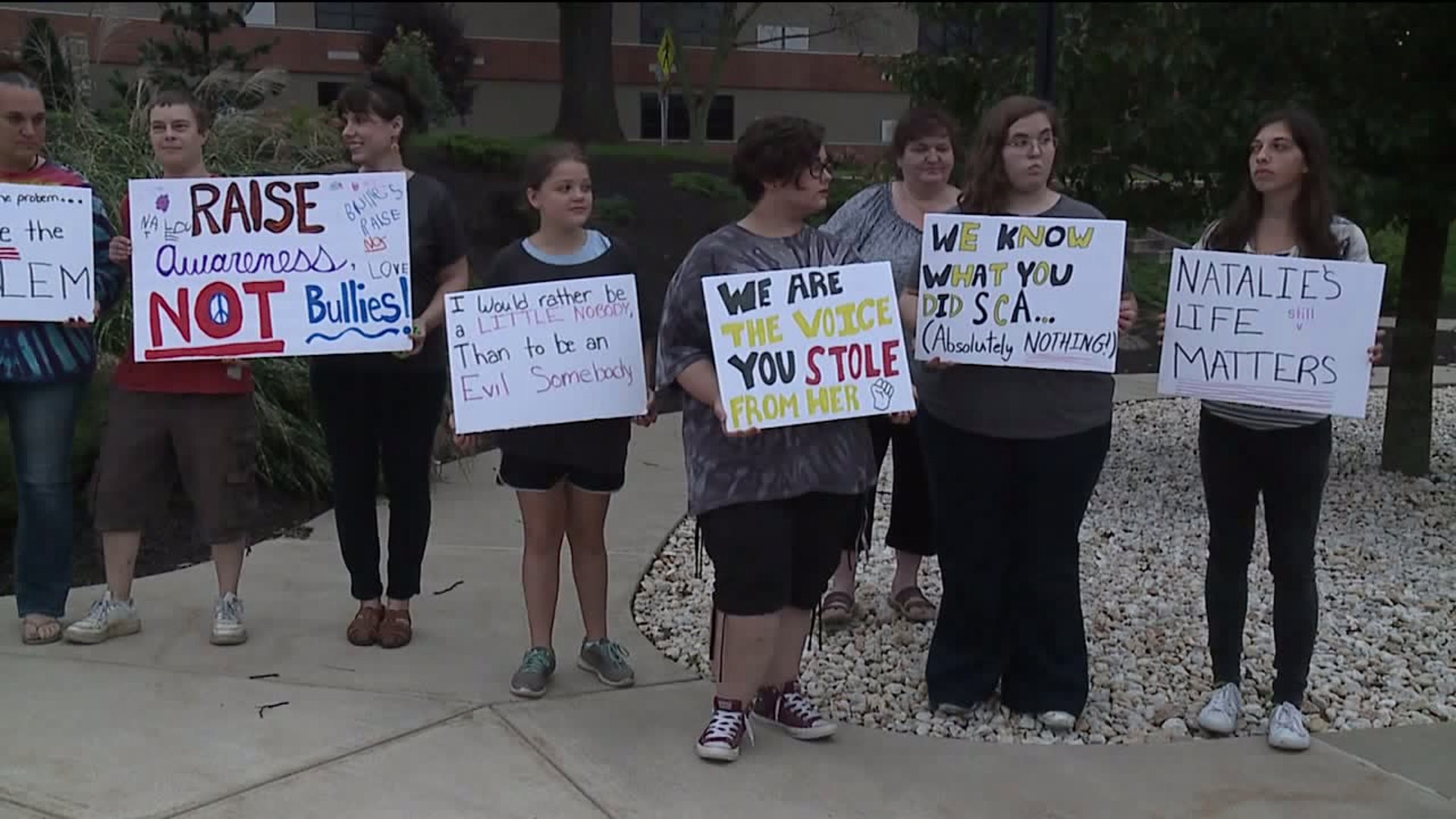 FRANKLIN TOWNSHIP, Pa. -- Tempers flared at an emotional school board meeting in Columbia County after a tragedy in the school community.

Emotional, angry, and frustrated parents and students lashed out at the Southern Columbia Area School Board, disgusted by what they see as the district's lack of action against the bullying taking place inside its schools.

“Don't sit there and say you're doing your best because you're not doing a damn thing,” yelled one parent.

“I left this school because I felt unsafe here because of all the bullies every single day,” said freshman Clarissa Fox, who said she left Southern Columbia High School for the VoTech due to bullying.

This heated meeting comes one week after Natalie Bodnar, a 14-year-old freshman from Catawissa, took her life. Some friends and parents believe Bodnar's suicide was caused by bullying.

Natalie's classmates and their parents say there is rampant bullying taking place in the Southern Columbia schools and the district is aware but doing nothing to stop it.

“My children witnessed firsthand that Natalie was treated differently, and she was treated meanly by certain students,” said one father. “My child has experienced a pack mentality of name calling by groups of students.”

This board meeting comes on same the day Natalie's family laid her to rest. Many of her classmates attended her funeral service.

Still grieving, Natalie's friends say her death won't be in vain as they fight to stop bullying in their schools.

“They're not just cruel anymore. They've led to a girl's death, and I truly do believe that they were the cause of it,” said Fox.

The Southern Columbia School Board would not talk about Natalie Bodnar's death because they say it is still under investigation by police.

The board did suggest that a committee be formed of parents and school officials so a discussion on how to stop bullying can be had.