BLOOMSBURG, Pa. — In the last few weeks, we’ve seen measles outbreaks in New York and New Jersey and several cases of mumps at Temple University in ... 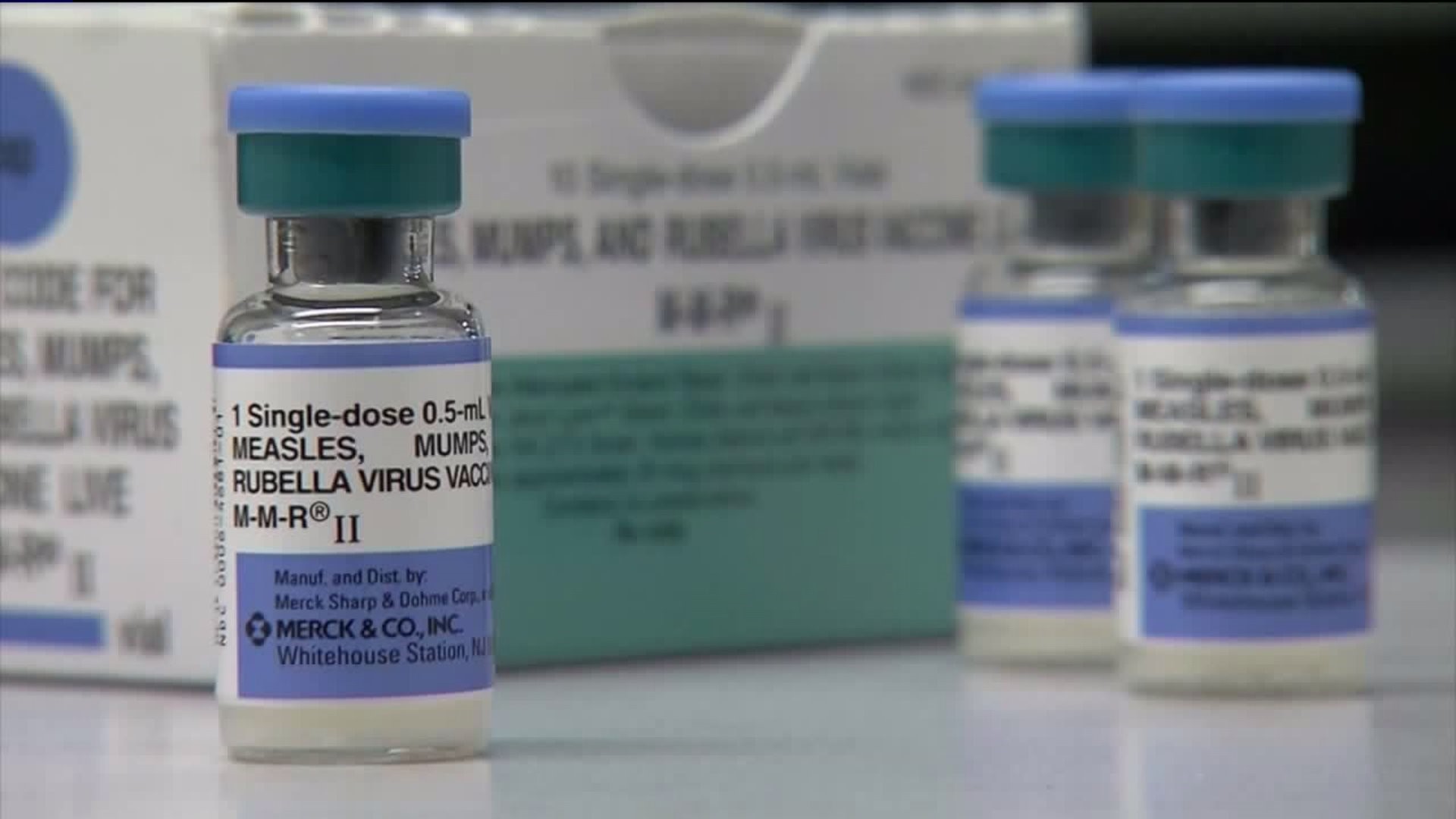 So how vulnerable are we here in northeastern and central Pennsylvania to a similar outbreak?

Pennsylvania is one of 17 states that allow parents to opt out of vaccinating their kids if they believe the shots either don't work or put their kids at risk.

Even though medical professionals insist vaccines are safe, our investigation found several area counties with a rapidly growing number of parents choosing not to vaccinate their children.

"Since before my kid was born, I've obsessively looked at this issue," said Spudes.

She has chosen not to vaccinate her 4-year-old daughter against measles, mumps, rubella, and other diseases.

Spudes is not alone in her beliefs

Pennsylvania Department of Health records for the past three years show that in that time, the number of parents of kindergarten and seventh graders opting out of vaccinations in northeastern and central Pennsylvania rose from 779 to 938 an increase of 20 percent.

More parents like Tiffany Spudes are getting vaccine exemptions for what the state calls, "philosophical reasons."

"For me, as far as vaccines go with my daughter, the risk is just not worth the benefit."

Montour, Clinton, and Snyder counties have the highest percentage of exempt students. All three have traditionally had a high number of religious exemptions.

But local doctors are concerned about the four counties, including Montour, where a rapid rise in exemptions is fueled by parents who call themselves anti-vaccine.

"We are anticipating that if the trend is going on like that, we will see some of those diseases around here," said Dr. Tapash Sengupta.

Dr. Sengupta of Geisinger Bloomsburg Hospital says every reputable study shows vaccines to be a safe step towards eliminating these diseases, but he's running into a growing number of skeptical parents.

"Those who are rigid and they make up their mind, they don't even take part in the discussion," Dr. Sengupta said.

That may be true in Monroe County where vaccine exemptions almost doubled in the last three years which worries some parents.

"They do believe it links to a lot of things like autism and stuff," Tiffany Destefano said.

"I think people are listening too much to hearsay. They'll read something on the internet," said Jillian Swanby.

We talked with a few school superintendents in those counties. They tell us they're seeing a gradual and not a dramatic rise in the number of parents who are opting not to have their kids vaccinated.

While Dr. Sengupta wants a higher vaccination rate for some private schools and home-schooled children, he applauds the region's two largest counties.

Luzerne and Lackawanna counties have the lowest percentage of exempt students.

He also says state lawmakers should step in if the number of students who go without vaccinations continues to grow.

"I would really like to have a law or something that non-medical exemptions should not be entertained," Dr. Sengupta said.

In Berwick, Tiffany Spudes says the government has no business telling parents they must vaccinate their kids.

"There is definitely a sense, the people like myself are subverting some sort of social requirement," said Spudes.

It's important to note only three percent of children entering school in our region have not received vaccines and professionals say the risk of an outbreak right now is low.

But the trend of more parents saying no to vaccines has Dr. Sengupta and others concerned. Parts of northeastern and central Pennsylvania could be vulnerable to an outbreak of measles or other diseases in just a couple of years.