Oklahoma Man Locked Up in Columbia County for Threatening the President 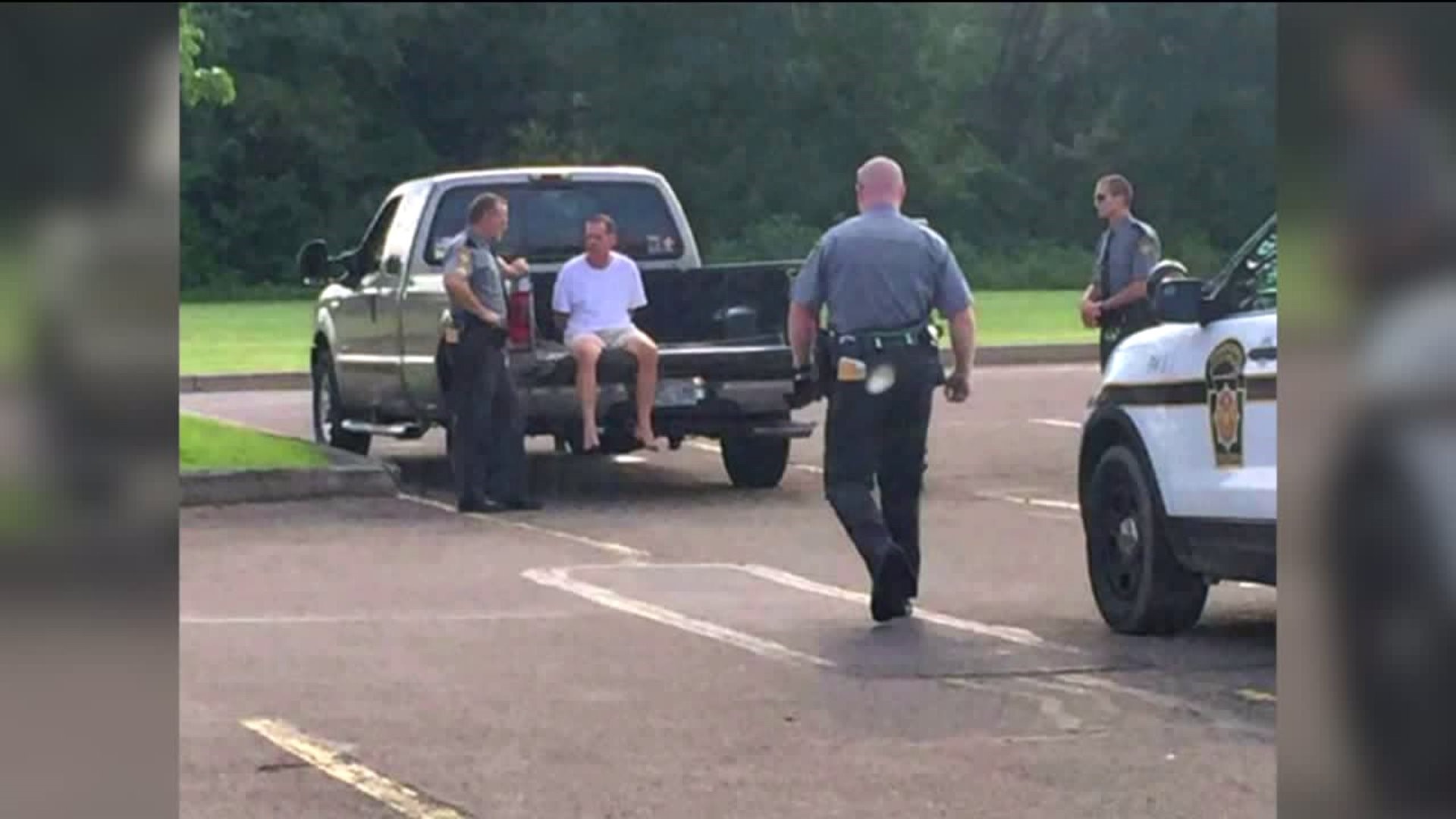 BRIAR CREEK TOWNSHIP, Pa. -- Pennsylvania State Police arrested a man from Oklahoma in Columbia County after police learned he heard voices in his head telling him to kill President Donald Trump and his family.

This all comes as the president is due in Luzerne County on Thursday.

Oklahoma Man Locked Up in Columbia County for Threatening the President

As it turns out, that wasn't the only unusual part of the story.

"I was shocked, and I called my mom right away because I had to tell somebody what was going on. She was like, 'Well if they've got a gun drawn, it's something major.' And I'm like, 'Yeah, the question is how major and what is it?' " said Lacey Garrison of Berwick.

Authorities say a woman went to state police in Shickshinny and told them she is an active Trump supporter on Twitter and had communicated a few times with Jeffrey Boyd.

She told troopers that on Monday, Boyd showed up at her front door. She agreed to have lunch with him the next day.

The owner of Hog's Hollow Saloon near Briar Creek tells Newswatch 16 that Boyd and the woman had lunch there on Tuesday. He ran into Boyd in the parking lot and said he was acting confused and manic.

According to state police, the woman said Boyd told her at lunch that the CIA is doing tests on him and that he is hearing voices in his head telling him to kill President Trump and his family.

"It's a scary thought that someone would come from Tulsa to get to this area just to hunt down the president, so those are scary things," said Bob Reap of Berwick.

After hearing her story, troopers searched for Boyd and found him in the parking lot of a grocery store in Briar Creek. They searched his vehicle and found a loaded gun and extra ammunition.

Boyd is locked up in Columbia County, but the incident makes people in the area uneasy.

"We moved here from New Jersey, and I thought, 'Who's gonna bomb a cow?' Like I'd rather live here than close to New York. But when it's like that, it's like, OK, this is too close, very close," said Lynda Cartier of Briar Creek.

Boyd is locked up on $1 million bail.