BRIAR CREEK — State police in Columbia County say they nabbed a very unlikely thief: a religious sister. Troopers tracked the woman to her convent in Danv... 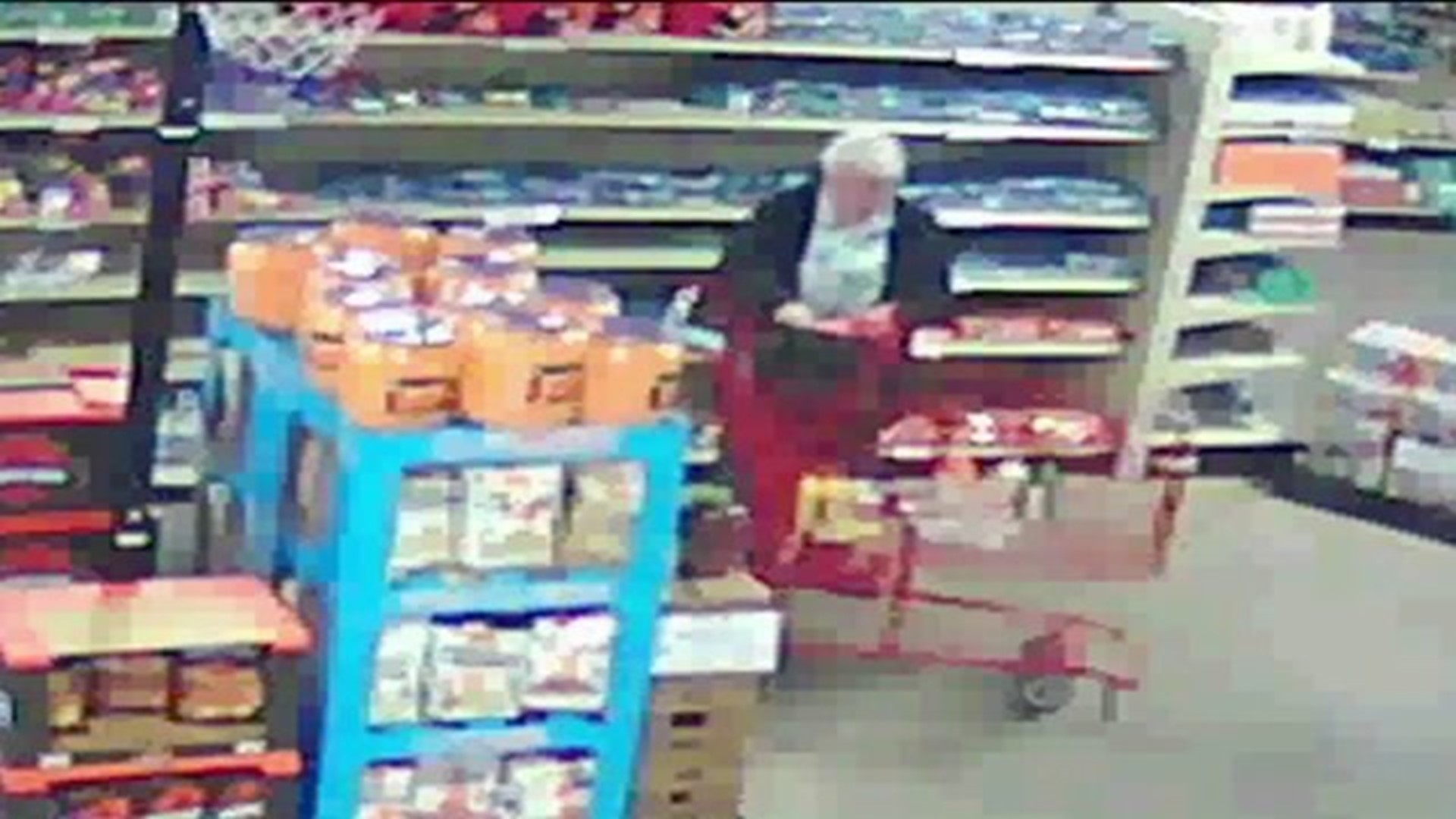 Troopers tracked the woman to her convent in Danville after she allegedly shoplifted from a store.

Workers at the Surplus Outlet near Berwick say she stole $23 worth of food and toiletries from the business. They say the crime was caught on the store's surveillance camera.

Zane Kishbach, a manager at Surplus Outlet pointed out what is believed to be a woman shoplifting from the store. The surveillance video was taken around 3:45 p.m. Monday.

"Another customer came to me in aisle 5 and said, 'I'm not sure what I'm seeing, but I think a woman is stealing,' and she had already left the store by that time and I went out to pursue her," Kishbach said.

Workers were able to get the license plate number from the car.

State police say that car is owned by the religious sisters at Saints Cyril and Methodius Convent in Danville.

But then came the biggest surprise. Troopers say the thief is a sister: Agnes Pennino, 78, who lives at the convent.

"I was shocked, to say the least. I was shocked. I couldn't believe it that a nun would actually do something like that," Kishback added.

Investigators and store employees believe Pennino planned to steal from the store. They say Pennino brought the store's red grocery bags in her purse to take the stolen items out of the store.

Store workers say the woman avoided leaving the store through the actual exit because she would have had to pass by all the cashiers who would have seen her leaving with groceries that hadn't been checked out.

Video shows her leaving by the front door. When someone coming triggers the automatic door open, she makes a run for it, taking $23 worth of snacks, coffee, soap, and shampoo with her.

"Terrible. Humanity's gone to hell, to put it bluntly. It's not good anymore," said Wendy Everett of Berwick.

State police say they interviewed Pennino and say she is of sound mind.

She's charged with a summary offense. If she pleads guilty, she will only have to pay a fine.