No Anti-Discrimination Ordinance For Gay, Lesbian Community in Bloomsburg

BLOOMSBURG — Leaders in Bloomsburg have decided against going ahead with plans for a controversial law at a meeting Monday night. With a narrow vote of fo... 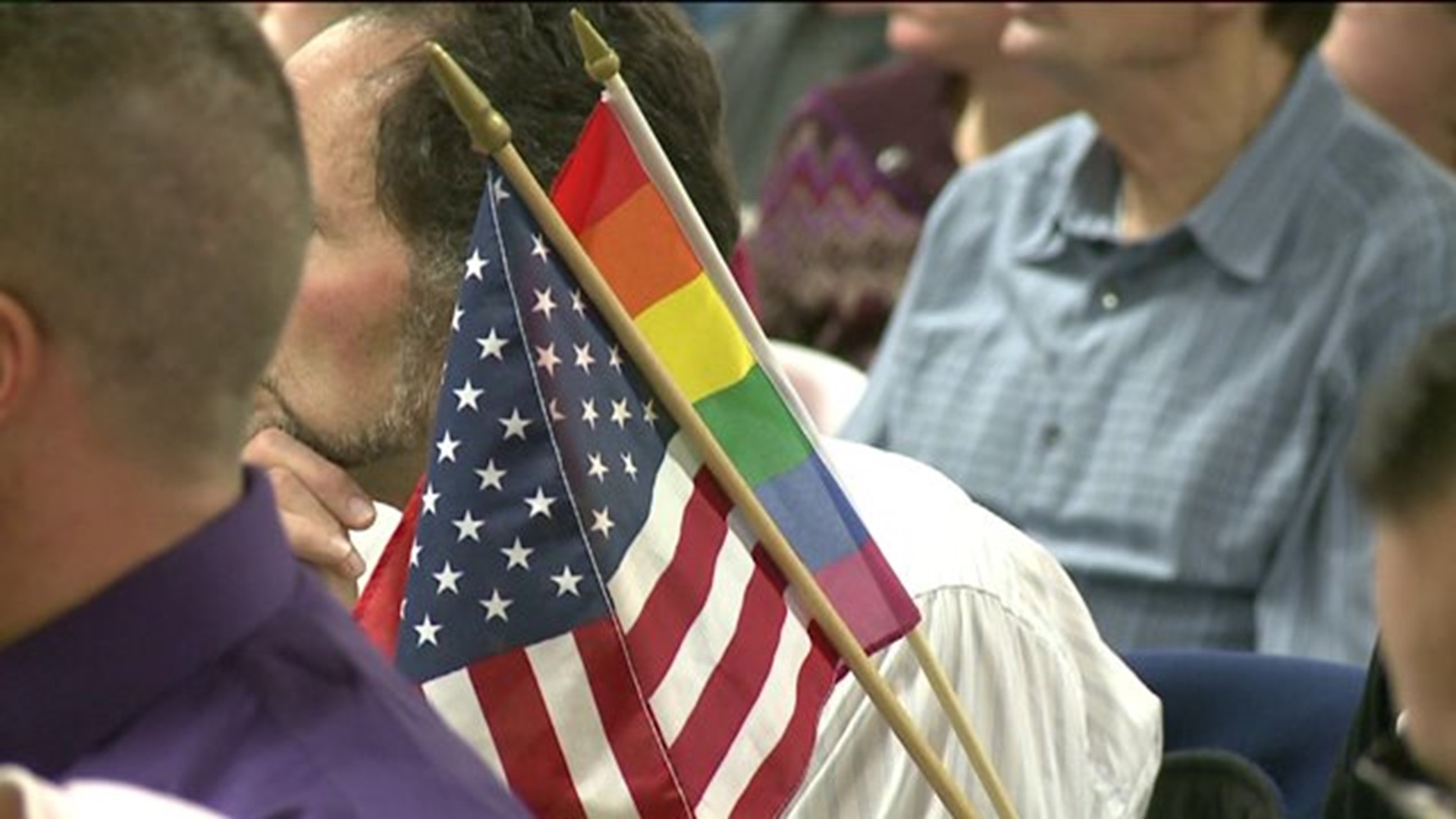 BLOOMSBURG -- Leaders in Bloomsburg have decided against going ahead with plans for a controversial law at a meeting Monday night.

With a narrow vote of four to three, Bloomsburg town officials voted not to draft an ordinance that would make it illegal for businesses to discriminate against people based on sexual orientation.

Council met with a packed room and heard hours of input on whether the town needed such an ordinance.

“Lacks constitutional weight both federally and at a state level, being carried along more by emotion than reason,” said one speaker who opposed the ordinance.

“Many members of the Bloomsburg community embrace diversity and desire to carry out the important step of creating an ordinance that would help protect the class of our town that has gone unprotected,” said another who supported it.

It appeared the town officials were just as split as those in the room.

“I want to take a pledge that I think everybody from LGBTQ should be treated just like I get treated,” said one councilwoman.

“It seems to me that this is a community controversy that cannot be fixed with an ordinance,” said Mayor Sandy Davis.

Council was voting on whether to ask the solicitor to write up a proposed anti-discrimination ordinance since Bloomsburg does not currently have one.

This emotional issue sparked over the summer when employees at WW Bridal Boutique turned away a same-sex couple due to the business owner's religious beliefs.

“It was a deep conviction within us because that's one of our religious beliefs and the constitution gives us those beliefs, God gives us the ability to live that belief out,” said owner Jeremy Stabler.

But those pushing for the ordinance say that incident was only a reason to jump-start an already increasing concern.

“The bridal shop was just kind of a catalyst. It really is not the foundation of what we`re trying to do here. It`s not about someone trying to buy a dress. It`s about equality for everyone,” said Dwayne Heisler.

Bloomsburg town council did vote to send a letter to the State Capitol in Harrisburg asking lawmakers to adopt state legislation protecting those in the gay and lesbian community.