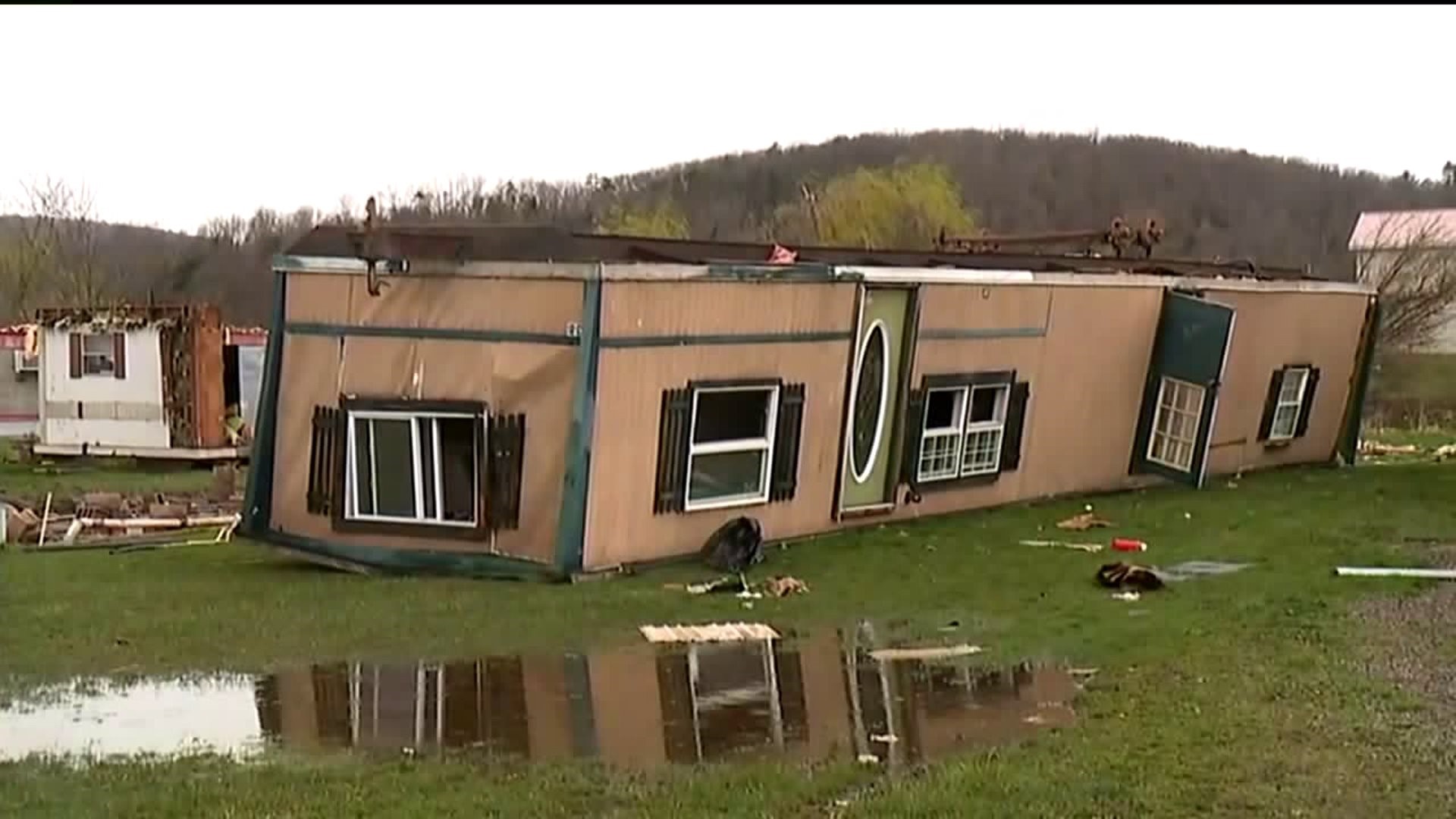 UPDATE: The National Weather Service upgraded the tornado that hit the Benton area to an EF-2 with winds estimated to 115 mph. The tornado was on the ground for nearly four miles and was 300 yards wide.

"We were right in the middle of it. the next thing I knew, there was a wall on top of us," Steinruck recalled.

Officials with the National Weather Service confirmed a tornado with winds as high as 110 miles per hour touched down in Benton.

Crews toured the mobile home and a nearby park.

People who live nearby say they are stunned by the amount of damage.

"I was devastated because I never thought it would be like this. Too bad. We are going to have to live with it," said Arthur Zimmerman.

A building that was once standing in this park is now scattered in pieces. Pieces of metal are even embedded into the ground.

Benton's assistant fire chief says the community hasn't yet bounced back from flooding in the fall.

"Haven't finished cleaning up from that yet and now we are dealing with this. Benton just keeps getting hammered," said Assistant Fire chief James Albertson.