The money being collected at Dawg Deli was meant for a Berwick man diagnosed with Stage 4 prostate cancer. 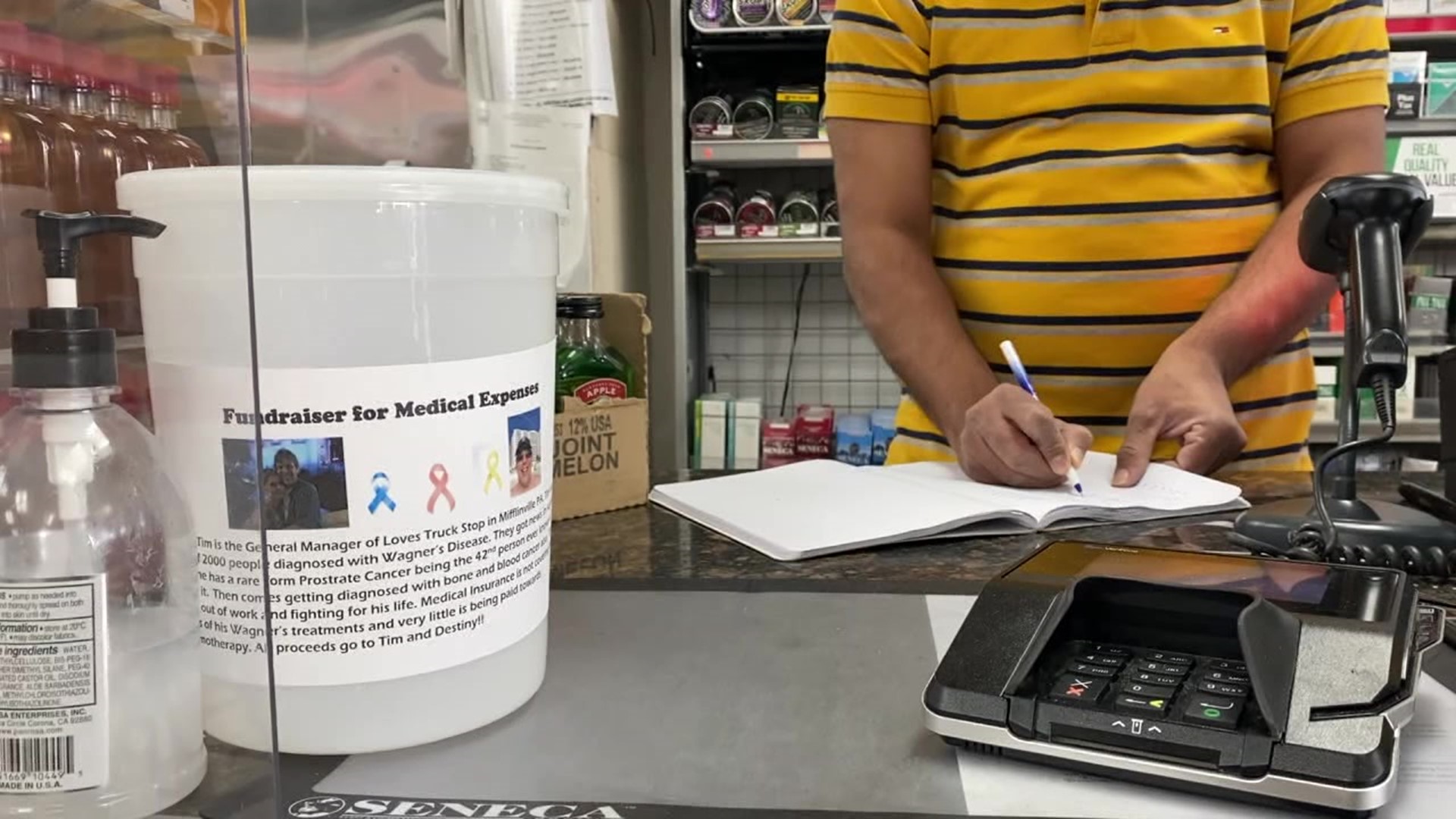 BERWICK, Pa. — A jar sits at the Food Express counter on Front Street in Berwick.

The label on it explains that this jar is there to collect donations for Tim Updegrove's medical expenses who was diagnosed with Stage 4 prostate cancer two months ago.

Two years ago, he was diagnosed with Wegener's disease, which attacks the body's organs.

Tim says the bills to treat both illnesses are adding up.

Now to learn that someone allegedly swiped one of those donation jars from the counter at Dawg Deli, also on Front Street, has Tim, his family, and friends upset that someone would steal from a cancer patient.

A person reportedly found the empty containers in the parking lot of this bank nearby.

"If I could get my hands on them, they would regret that they ever stole anything, from anyone, much less than an Updegrove," said his wife, Destiny.

"I just wanted to cry because I've known Tim and Destiny for, I don't, fourteen years," said their friend, Ruthann Byers, who placed the jar at Dawg Deli with Destiny.

Along with paying for Tim's medical expenses, the money would have helped the couple's expenses moving to Florida; there, Tim can be treated at the Mayo Clinic in Jacksonville.

"The drugs that I'm taking, the chemotherapy that taking, was invented by the Mayo Clinic," said Tim.

The couple is selling nearly everything they own to make the move and hopefully get Tim back in good health.

"We're going to celebrate our 20th anniversary on Thursday, and I hope it's not my last," cried Destiny.

The Updegroves say they did file a report of the theft with Berwick police.