HEMLOCK TOWNSHIP, Pa. — The jury came back shortly before 9:30 p.m. and found Anthony Franklin guilty on almost all counts, including first-degree murder ... 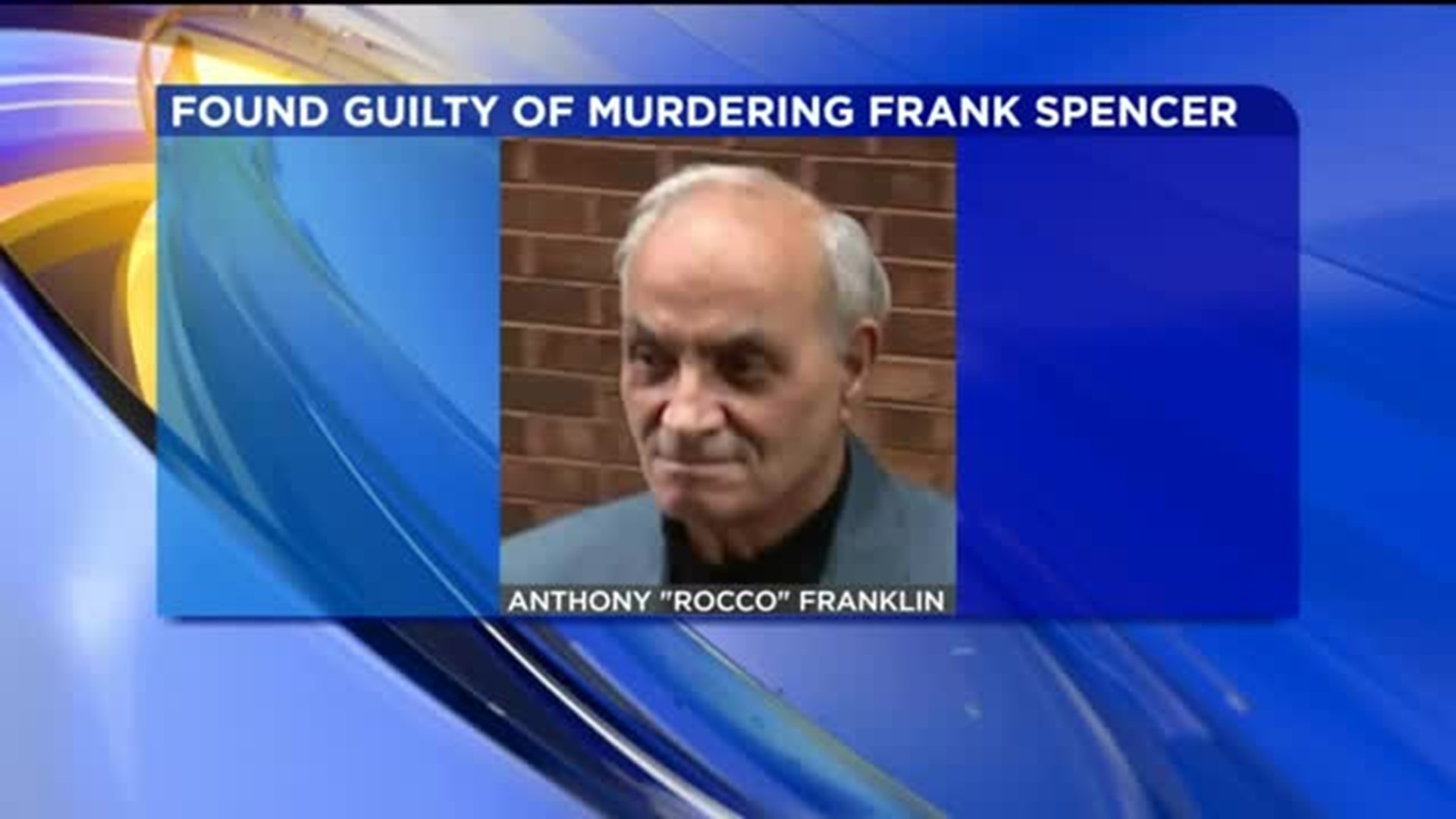 HEMLOCK TOWNSHIP, Pa. -- The jury came back shortly before 9:30 p.m. and found Anthony Franklin guilty on almost all counts, including first-degree murder of his son-in-law Frank Spencer.

After deliberating for about five hours a jury returned guilty verdicts on nearly every count he faced including murder in the first degree, conspiracy to commit murder, arson and burglary charges.

Franklin has been on trial since last week for the 2012 shooting of Frank Spencer.

The state attorney general`s office argued that Franklin shot Frank Spencer on the front porch of Spencer`s home in Hemlock Township near Millville.

It also accused Franklin of conspiring with his daughter Maria Sanutti-Spencer who was Spencer's ex-wife.

Prosecutors say Sanutti-Spencer and her father terrorized her ex-husband for years even setting fire to his house.

After the shooting Franklin fled to Argentina while his daughter went on to be found guilty of first-degree murder.

Franklin was brought back to Columbia County after 16 months of fighting extradition.

His daughter is currently serving a life sentence without parole.

The jury began deliberation around 4:30 p.m and completed about five hours later when they made their decision.

Jury in Anthony Franklin trial started deliberations at 4:30. Franklin is accused of killing his ex son in law (Frank Spencer) in July 2012 @WNEP

The trial began last Thursday, October 11, over a year and a half after Franklin was arraigned on the charges.

Both sides had one last chance to convince the jury of what happened on July 1, 2012, and whether 76-year-old Anthony Franklin killed Frank Spencer.