People will be performing the painting with song and dance. 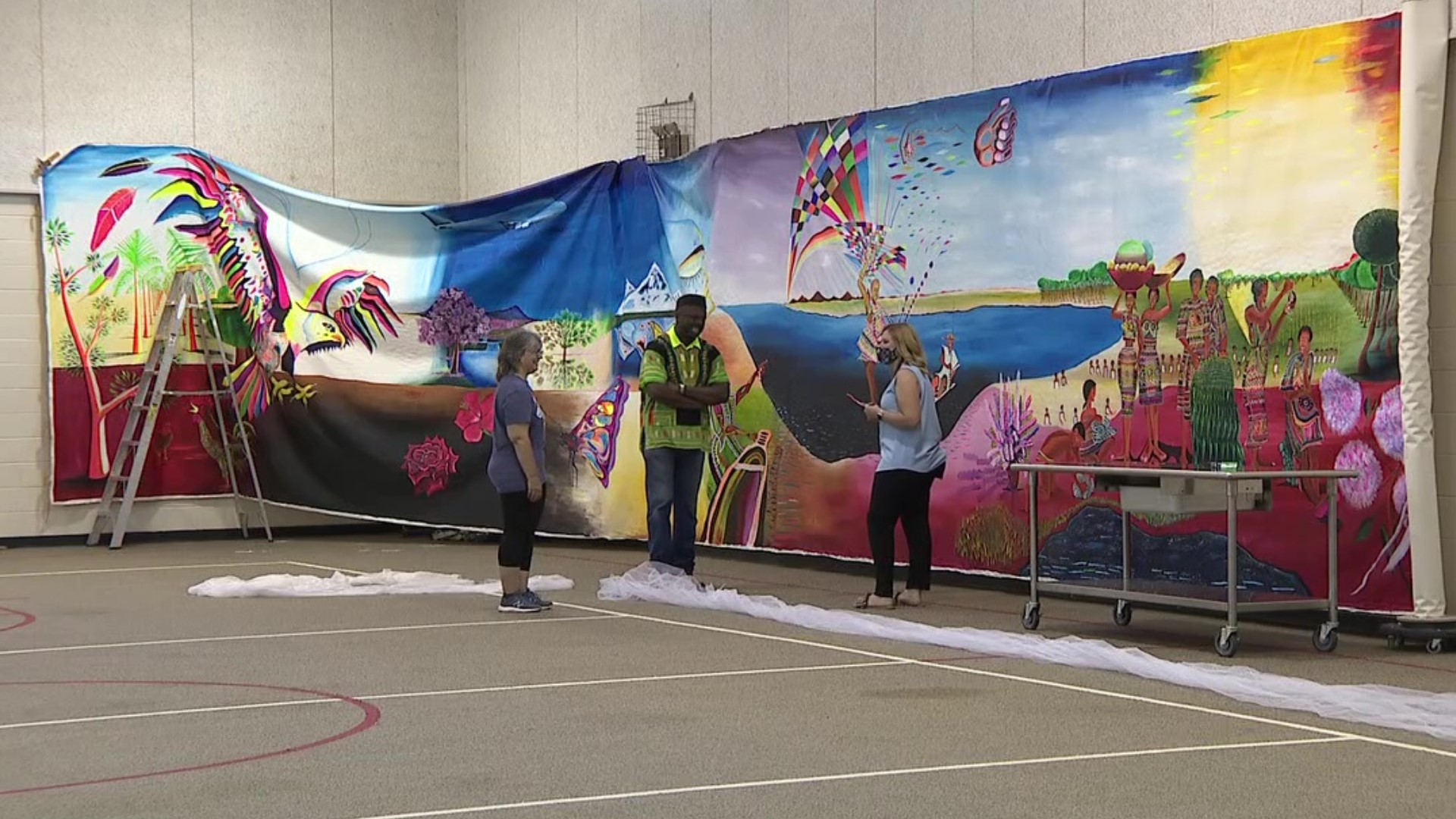 BERWICK, Pa. — Ibiyinka Alao did not intend to create one of the largest paintings in the world. He says he just wanted to tell a story. It ended up being a long story on a 100-foot by 12-foot canvas.

"Not really thinking about the size, just wanted to make a picture. The more I thought about it, the more I knew it needed to be something a little bit big," Ibiyinka Alao said.

Alao is the United Nations Ambassador of Art for Peace from Nigeria. He lives outside of Hazleton and has been working on this painting for about two years. It's called "Eternity."

Alao will show it next month at NC Church near Berwick. But it won't just be something to look at. People will be performing this painting with song and dance.

"For someone who cannot see, they can hear the explanation, the conversations that are dramatized in the painting," Alao said.

"We just fell in love with Ibby, he's part of our family," Lori Beck-Brown said.

Lori Beck-Brown is a member of NC Church. She saw Alao speak several years ago and the two have been friends ever since. The two hung the painting to figure out the logistics for next month's event.

"Ibiyinka has such a love for people and he wants to share that with other people. To be able to bring that to our community is a wondering thing that we've been given the honor to do," Beck-Brown said.

"I'm very humbled to be showing it at this church," Alao said.

The event will be held on October 16 and 17 at NC Church right outside of Berwick.