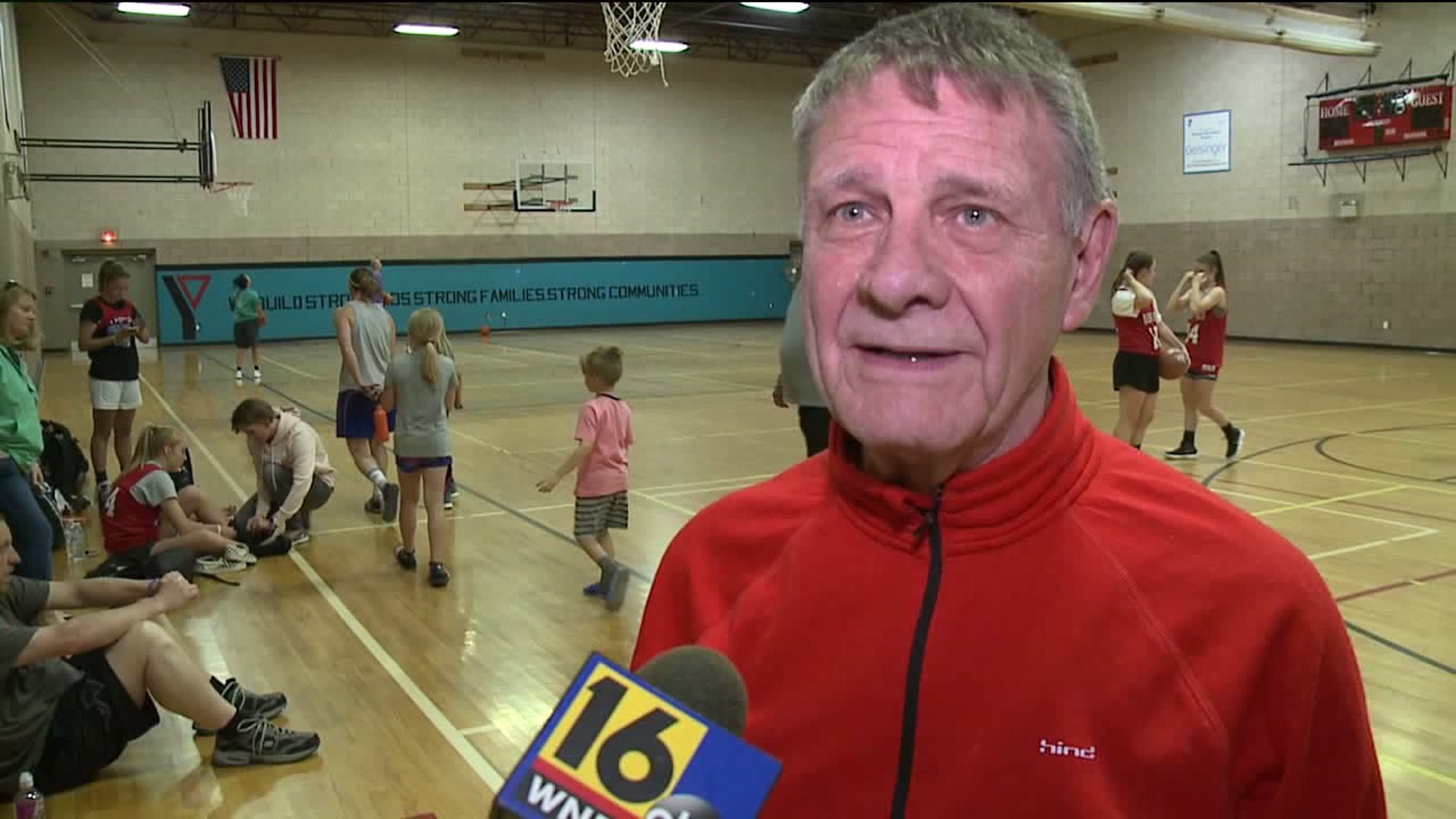 Based out of Mount Camel Jay Yuskoski runs the Lady Red AAU program. His 2019 team consisting of 8th graders from Central Columbia, Mount Carmel, Bloomsburg, Danville, Southern Columbia, Weatherly and Jim Thorpe have won tournaments up and down the east coast including the Philly hardwood classic, The battle of the Big Apple in the Bronx NY, The Northeast regional showcase in New Jersey and The East Coast Championship at Spooky Nook.

"It's been great for the kids. So they started as 5th graders little girls and now they are about ready to go to high-school, and not only are they great teammates they are best friends," said Jay.

"We have individual talents but when we play together it's like a group sport," said Miyah.

"It's really fun. it definitely brought us closer together," said Alyssa.

"How good is this competition going to be coming up this weekend? I think that it's the best we are going to play against. It's by invitation only," again said Jay.

A boost to the girls came in the way of coaching from one of the all time greats in Columbia County and District IV history Duane Ford won 805 softball games in 47 years with the Blue Jays and another 584 wins in basketball over a 32 year period. His granddaughter Alyx Flick is a guard for Lady Red.

"I mean he has been doing it for a while so he knows what he is talking about. He helps us out with things that we don't always realize like the little things and the details and stuff," said Alyx.

"How much fun are you going to have in Maryland? How much fun? Yeah! Well I would like to say it depends on how much we win. but I hope the fun just comes from being there and participating. Like there's a 120 teams left in the whole world in this competition and we are one of them so you have to be proud of that," said Duane.