Job Fair at the Bloomsburg Fairgrounds

BLOOMSBURG, Pa. — People came to the Bloomsburg Fairgrounds on Thursday but it was not to eat or go on rides. They were looking for jobs. “Coming to... 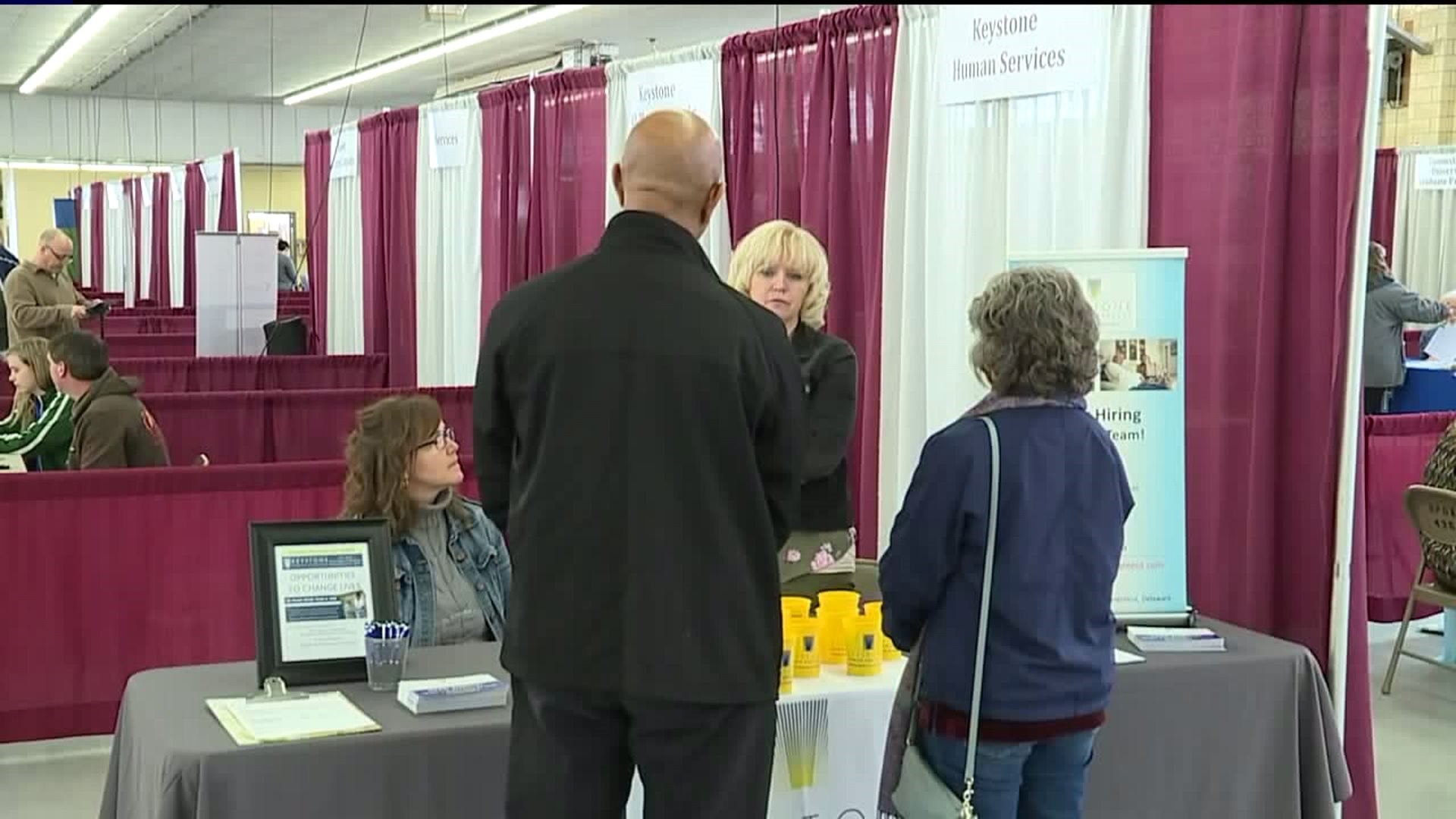 BLOOMSBURG, Pa. -- People came to the Bloomsburg Fairgrounds on Thursday but it was not to eat or go on rides. They were looking for jobs.

"Coming to a job fair there's a lot of opportunity. I can't put all my skills on a piece of paper it would be like three pages long," Alex Blanks said.

This is the first job fair organized by Bloomsburg Fair officials. Director of Education Randy Karschner says people are good to the fair, so this is the fair's way of giving back to the community.

The job fair is free to the public. There are more than 60 vendors ready to hire.

"We have some open positions we're looking to fill," Matt Mcintyre said.

Matt Mcintyre works for Kawneer in Bloomsburg. He is hiring people on the spot and says the job market is different now than it was a few years ago.

"We ran with a temporary workforce that we promoted to full-time. Now we are looking for full-time. Our retention has gone down over the last couple of years," Mcintyre said.

"Set ourselves up at the job fair here. See what we can get from the local economy as far as bringing people in," Chris Rarig said.

In addition to the job fair there are speakers and free workshops. People can learn some interview skills and brush up on their resumes.

People attending the job fair are excited about the possibilities.

"It gives us a chance to see who is out there because we don't get to see much when we go to CareerLink and stuff. We just see a bunch of names, but we don't get to talk to anyone who works there and see what it's like," Marc Aikey said.

"I'm still walking around. I haven't even hit everything yet and I already picked up some applications," Blanks said.

Fair officials are also raffling off Bloomsburg Fair concert and admission tickets. The job fair runs through Saturday at the Bloomsburg Fairgrounds.