In Berwick, Running for the Diamonds, Then the Turkey 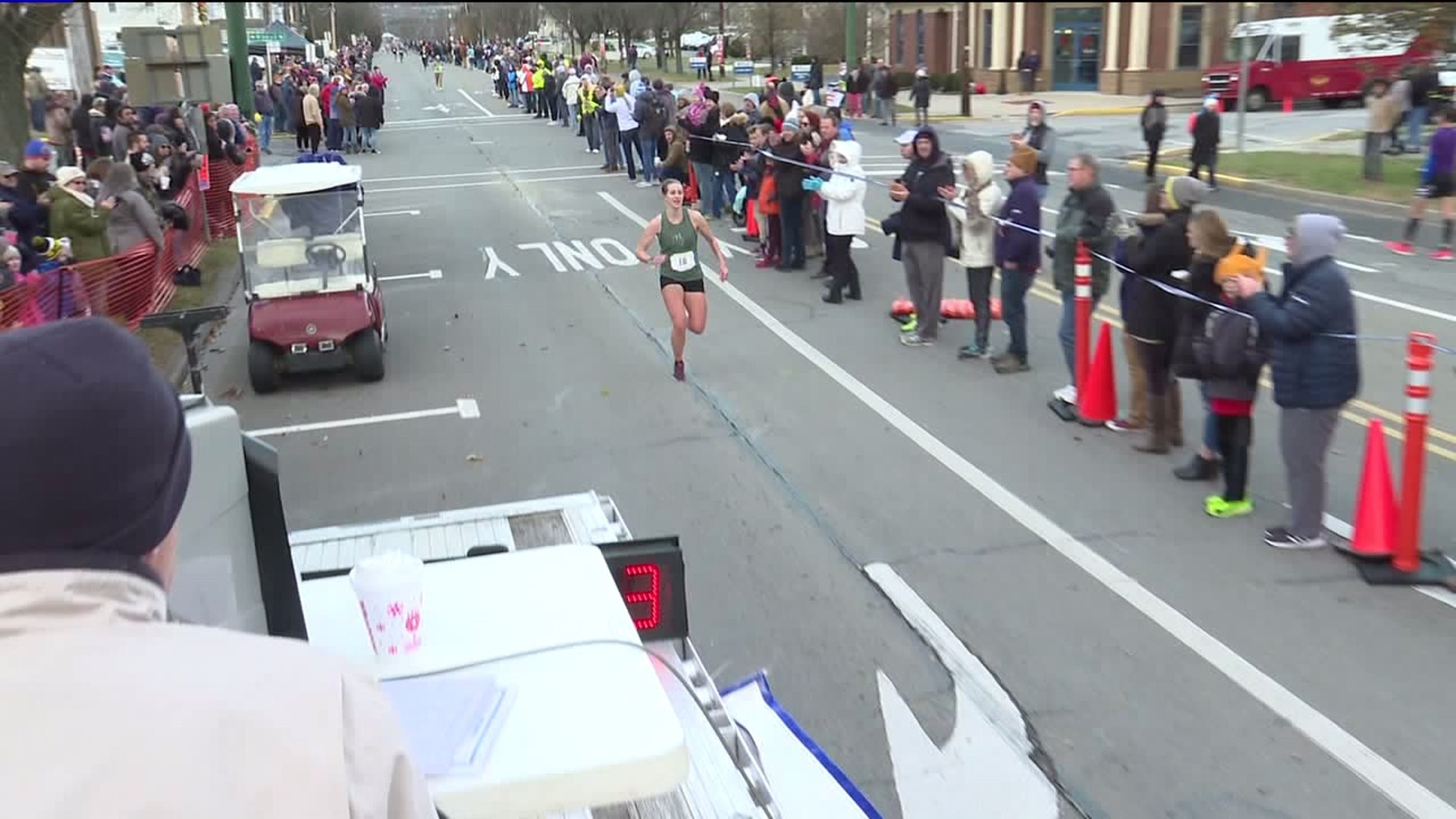 BERWICK, Pa. -- The sound of the gun at 10:30 a.m. marks the beginning of a Thanksgiving tradition that dates to 1908 in Berwick -- the annual Run for the Diamonds.

"I often will say that the people from Berwick don't know any better. They get up on Thanksgiving morning, and they come out to the race, then they go home and have their Thanksgiving meal," said race director Margaret Livsey.

The nine-mile road course is known for its dips and rises in elevation throughout this part of Columbia County. The 1,000 plus runners who sign up every year know they'll have to endure the elements. The Run for the Diamonds has only been canceled twice due to frigid temperatures in 1918 and 1919.

"Every year, it's getting bigger and bigger and bigger. I can remember in high school when I came here, probably 500 or 600 people were running. Now it's over 1,000, and it just keeps on growing," Nick Uram said.

Colin Leak of the Philadelphia area went on to finish first. Marina Martino of Dallas in Luzerne County placed first among the women.

"First time in Berwick, first time running this race. It's always been, ever since I graduated college back in 2010, this has been on my bucket. I was really happy to be able to come back here and get to run this course," said men's winner Colin Leak.

"Your headband says 'a little magic can take you a long way.'  What's the significance behind that?"

"I saw this headband that I had for years, I was like, 'alright, I think that's going to be my motto for today,'" replies women's winner Marina Martino.  "If I can keep believing in myself, keep motivating myself, a little bit of magic can take me that extra mile."

From there, everybody was able to race home and whip up their Thanksgiving meals.