BLOOMSBURG, Pa. — The day after a helicopter crashed at the Bloomsburg Fair, vendors cleaning up after a week of working stopped by to look at the mess le... 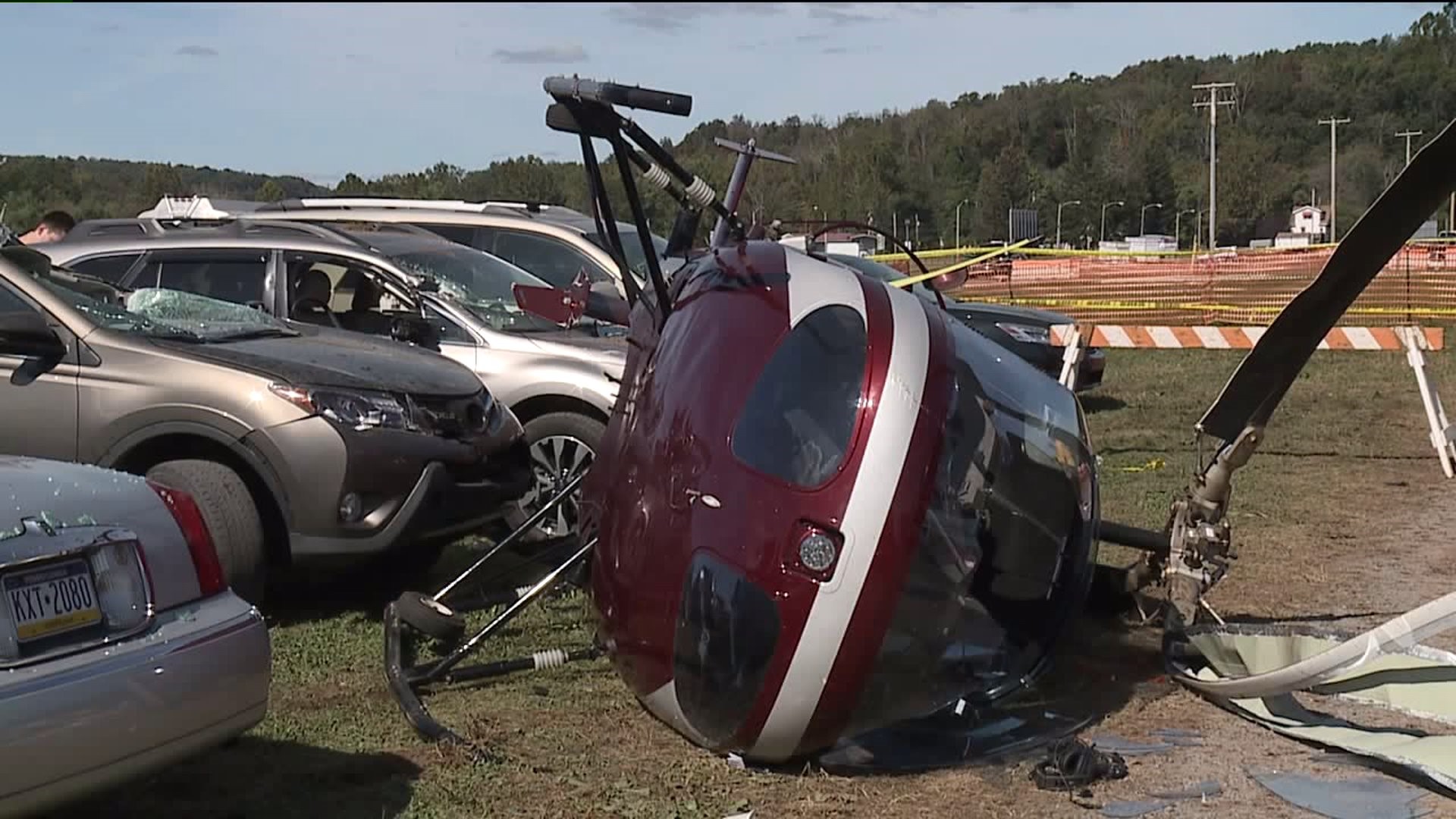 BLOOMSBURG, Pa. -- The day after a helicopter crashed at the Bloomsburg Fair, vendors cleaning up after a week of working stopped by to look at the mess left behind as well as those who came back to deal with their damaged vehicles, like Dave Diseroad from Maryland.

"We were concerned whether anyone was hurt, anything like that, and we found out that there was some people in a helicopter that had injuries, but they weren't severe, and we're very thankful for that, and luckily no one of the ground was injured," Diseroad said.

The helicopter that crashed was an attraction at the fair that takes off from a parking area and gives a short tour around the fair and surrounding area.

Fair officials say a pilot, a woman, and a child were in the helicopter when it went down around 7:30 p.m. Saturday. All were sent to the hospital. The woman and child had minor injuries and are expected to be OK.

The Federal Aviation Administration and National Transportation Safety Board are investigating to find out what went wrong.

Diseroad travels from Maryland to Bloomsburg every year to visit the fair. His car will have to be towed from the lot, but the fair says it's providing those in his situation with a rental car while theirs are repaired. Diseroad says Saturday night was the most crowded he's seen the fair all week, and he's shocked this didn't have a graver outcome.

"You have the entrance right over here where thousands of people go in and out all day long, you know? And people going to their cars right here. We're just very fortunate."

"When I turned around, it was about 10 feet above the cars, and it just plopped right on top," Kirwin said.

Kirwin has been working in the fair parking lot for about 10 years. He says when the crash happened, he rushed in to help control the crowd and let first responders do what they needed to get everyone out safely.

"It's actually a miracle because a lot of times this doesn't end well," Kirwin added.

Fair officials tell us the cause of the crash is still under investigation. Whether or not helicopter rides will be available at the fair next year will be up to the fair board to decide.