BLOOMSBURG — A study published in the medical journal “Vaccine” last month appeared to show a link between flu shots and miscarriage. No doubt... 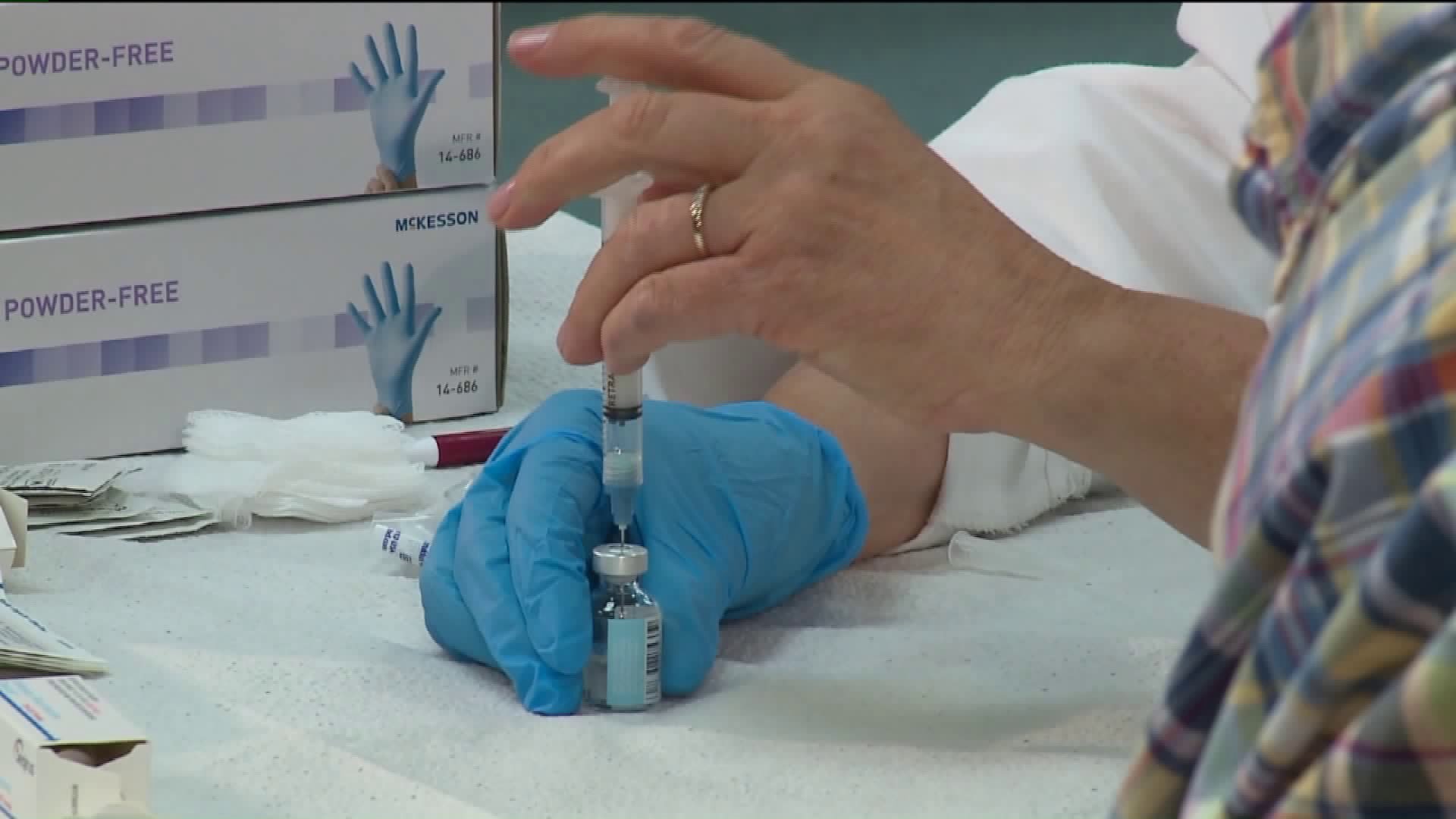 BLOOMSBURG -- A study published in the medical journal "Vaccine" last month appeared to show a link between flu shots and miscarriage.

No doubt, that made some pregnant woman a little nervous, but the Centers for Disease Control says more research needs to be done and it is sticking with the recommendation that pregnant women get a flu shot.

It's that time of year again time to get that flu shot if you haven't already.

Kelly Longenberger Warunek is a physician assistant at Geisinger Careworks in Bloomsburg and is always glad to see people protecting themselves against the flu.

"I think a lot of people underestimate how serious the flu can be. The flu can really lead to a lot of complications, hospitalization, especially for people who have chronic illnesses like diabetes, heart, kidney or lung issues."

These days, she's been answering a lot of questions about whether pregnant women should get flu shots, after a study that was published last month.

According to Longenberger Warunek, it looked at women who had miscarried. A higher percentage of them had had flu shots within 28 days of the pregnancy loss and a flu shot the previous year than the women who carried babies to full term.

But the CDC has said there are problems with the study: the sample size was small, and it did not prove the flu shot caused the miscarriage.

More research is now being done, but the recommendations are the same as they've always been.

"The CDC and the American College of Obstetrics and Gynecology still recommend pregnant women get the flu shot," Longenberger Warunek said. "When you get your flu shot, you can help protect those who are at a greater risk in addition to protecting yourself."

That helps not only mom, but baby, who can't get a flu shot the first few months of their lives but will get some immunity from mom's vaccination.

If you have questions, you're always urged to ask your own doctor.