BLOOMSBURG — An update to a sad story we first told you about Tuesday on Newswatch 16. That sad story now has a happy ending. The dog that ran away after ... 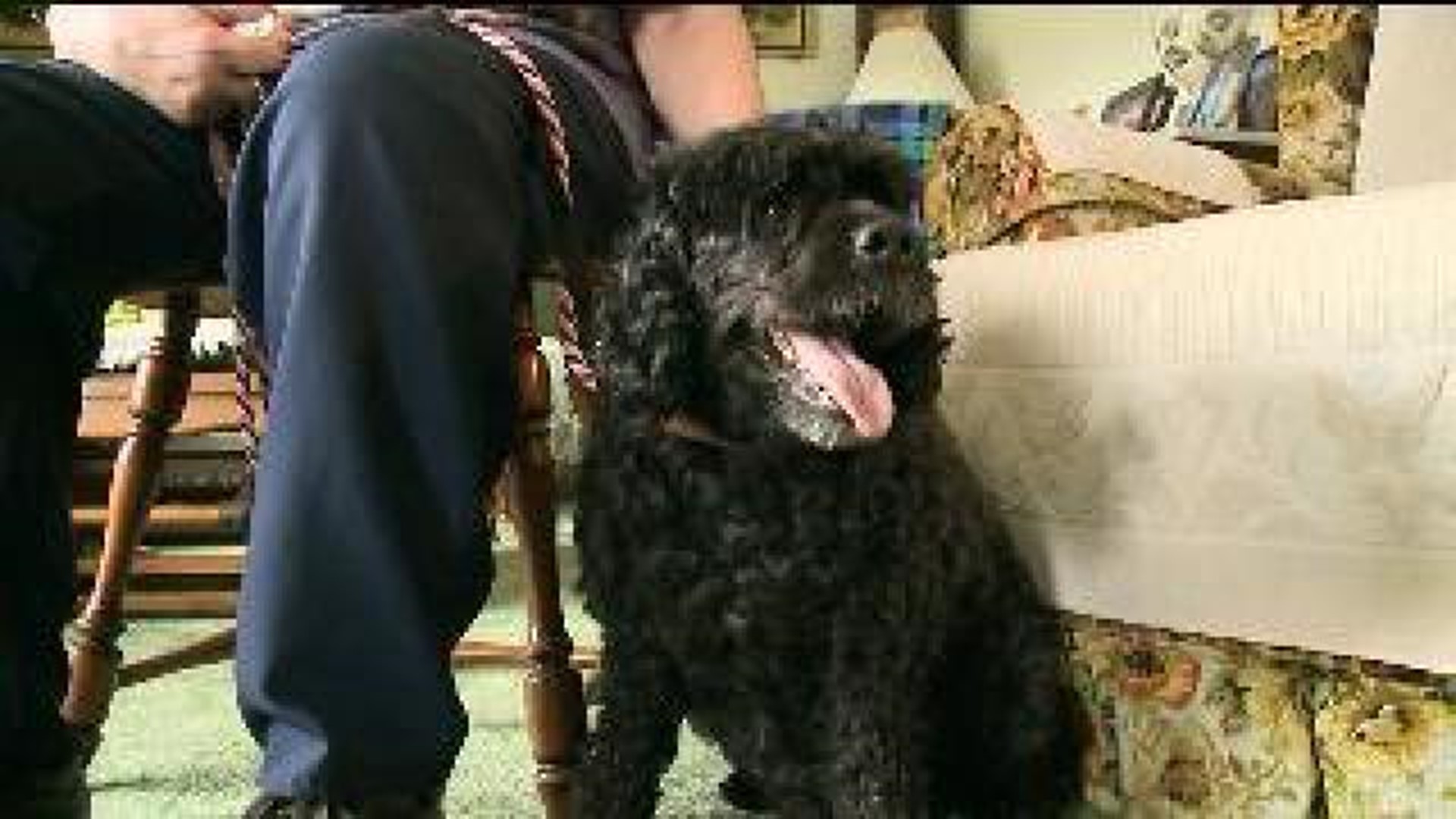 BLOOMSBURG -- An update to a sad story we first told you about Tuesday on Newswatch 16. That sad story now has a happy ending.

The dog that ran away after her owner died of a heart attack behind the wheel has been found thanks to Newswatch 16 viewers.

Exactly two weeks ago, Charles Lawton of Bloomsburg died behind the wheel after having a heart attack. His dog Susie ran away once firefighters got to the scene and the family could not find her.

But after seeing Susie's story earlier this week on Newswatch 16, some of your phone calls helped bring her home safely.

Reunited and the Lawton Family is thrilled. That's how Darla Lawton of Bloomsburg describes having her dog Susie back home.

"I said 'this can't be her,' but it was, it was her! It was the best feeling in the world!" Lawton said.

Susie was riding in the car two weeks ago with her owner Charles Lawton.

Charles pulled over along Millville Road in Bloomsburg because he was having a heart attack. He died and Susie ran away once firefighters got on scene.

Darla and her family were devastated. Not only did they lose Charles but Susie was gone, too. The family enlisted the help of Bonnie Lynn, who owns Bellabon's Pet Recovery, based in Muncy.

"Wednesday morning, a couple of the guys came in and said, 'hey, that dog we saw, I think we saw her on Channel 16!" Worthington said.

Worthington lives less than one mile from where Susie went missing. She says Susie was coming to her house for cat food.

"I feed the cats outside (and Susie seemed to know that.)"

The crew from Bellabon's pet recovery put out some of Charles' clothing to catch Susie.

"When I went up to the trap, she was literally tugging on his sock. She pulled out his pants and was laying on them, too," Lynn said.

Darla took Susie to the vet right away and remarkably after more than 12 days on her own, she only had a couple of tick bites and lost about five pounds. Other than that, she is relatively healthy.

"I can't have my husband back but I can have her. She's my comfort," Lawton said.

She says since Susie came home she has not let her out of her sight. She is even using two leashes to take her outside. The family says they are just so touched and overwhelmed by the outpouring of support they got on social media and in person. It seems like everybody out there wanted to find Susie.