CONYNGHAM TOWNSHIP — Part of Route 61 in Centralia has been closed to vehicles for more than 20 years. Still, “Graffiti Highway,” as it’... 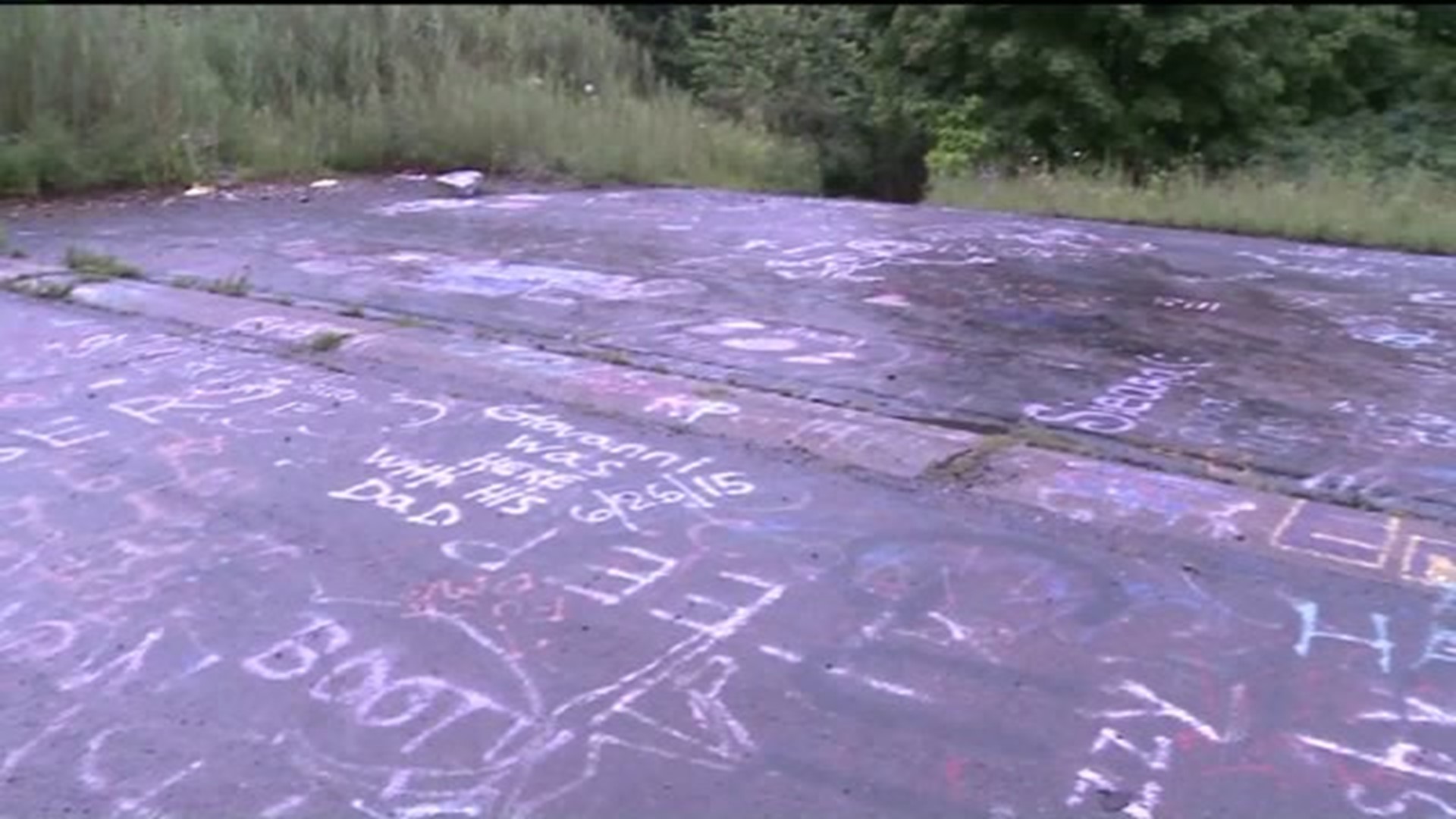 CONYNGHAM TOWNSHIP -- Part of Route 61 in Centralia has been closed to vehicles for more than 20 years. Still, "Graffiti Highway," as it's known, continues to be a popular spot for people touring Centralia.

But now, PennDOT is cracking down on trespassing.

PennDOT officials say despite putting up "No Trespassing" signs, people walking on Graffiti Highway is a problem that is getting worse.

The roadway was closed because it was determined to be unsafe. Even so, many of the people who spend time there think Graffiti Highway is perfectly safe to walk on.

A popular tourist destination in Columbia County has no stores and only a few buildings. Centralia has a fire that's been burning underneath it since the 1960s, and it gets a lot of attention.

"A city that's been burning, technically underground, but been burning for what, 50 years?" Kyle Hughey said.

A group of friends drove two hours from Philadelphia.

Even though there is not much to see in Centralia, something people look forward to is what is known as "Graffiti Highway." It is a section of Route 61 that was closed about 20 years ago because PennDOT declared it unsafe. Since then, it's become a popular spot to showcase art and take walks.

"Graffiti on the ground where nobody's going to complain about it as opposed to on somebody's house," Eberle said.

Now, PennDOT is cracking down on trespassing on "Graffiti Highway." PennDOT officials do not want people walking there for safety reasons, but that has not stopped people.

"I think it's something fun for people to do, and it gets people up to this town," Brooke Kissinger said.

The people Newswatch 16 spoke with say they understand why vehicles aren't allowed on "Graffiti Highway," but they believe people should be allowed there.

"I think walking on it is safe. Obviously, driving on it isn't, but walking I don't think is really that big of a problem," Kissinger said.

PennDOT officials do not believe ripping up Graffiti Highway would prevent people from walking on it because even with the pavement removed, the original highway path is accessible. There is a petition going around on Facebook to keep "Graffiti Highway" open. It currently has almost 6,000 signatures in just two days.

Ken Eberle of Philadelphia says he will sign it.

"I do not see why people should not be allowed to walk on it," Eberle said.

A few weeks ago, eight people were cited by state police for riding ATVs on "Graffiti Highway." More than 30 people were also warned against trespassing and voluntarily left the area according to troopers.

In 2015, state police cracked down on people spray painting in that area but did not say how many people they cited since then.